Detained by ICE, family longs to be home in South Philly for Christmas 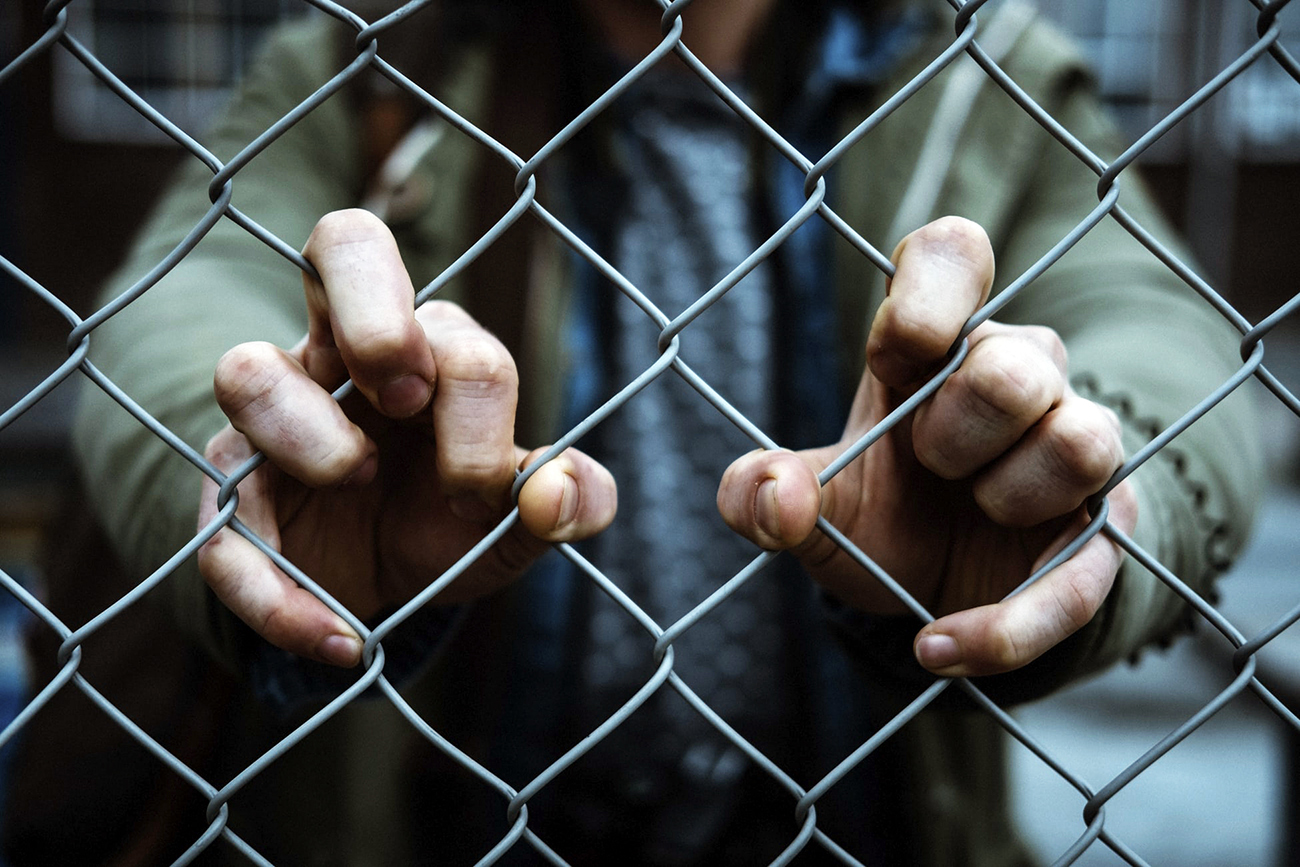 For one family in the Philadelphia Archdiocese, “home for the holidays” has taken on new meaning.

“I just want to be in my church at Christmas,” said Anton, a member of a South Philadelphia parish. “I’m a lector, and I sing in the choir.”

Anton’s large, dark eyes filled with tears as he recalled the pride he felt when asked to help coordinate the parish’s lector schedule. “I am so blessed, so happy that I can practice my Catholic faith,” he said.

Since July 2, however, Anton and his wife Vera have been unable to attend Mass on a regular basis.

That’s the day the couple — who had fled religious and ethnic persecution in their native Indonesia some 20 years earlier — were arrested by federal Immigrations and Customs Enforcement (ICE) officials as they headed to their jobs at local restaurants.

With agents blocking their car “front and back on the street,” Vera said she glanced up and saw one of her neighbors.

“I will never forget that moment,” she said, bursting into tears. “She looked at us as if we were such criminals.”

The couple’s two daughters, one in high school and the other just starting college, were left to fend for themselves after ICE intervened. Both U.S. citizens by virtue of their birth here, they have remained in the area under the care of a relative.

When possible, family friends drive the daughters to visit their parents, who are now being held in ICE custody at two detention centers some 170 miles apart: Anton at Pike County Correctional Facility, and Vera at York County Prison. The couple are not permitted to have contact with one another.

(Related: Indonesia to deploy 160,000 people to protect churches for Christmas.)

In late November 2019, CatholicPhilly.com received permission from ICE to interview Anton and Vera at their respective prisons. For the safety of their family and friends, the couple requested that CatholicPhilly.com withhold their actual names, as well as those of their children, pastor and parish.

Shortly after CatholicPhilly.com’s interview, the couple received word that a previously filed motion to reopen their removal proceedings had been granted, and that their prior order of deportation had been rescinded.

A few weeks later, the couple was informed that their bond hearing was scheduled to take place in mid-December.

Immigration attorney Christopher Casazza, who represents the couple, hopes to have his clients home by Christmas, but cautioned that the family still faces a long road ahead.

Thousands of dollars, years of proceedings 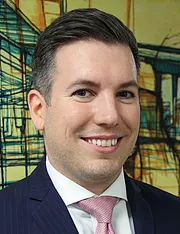 At the upcoming hearing, Casazza hopes his clients will receive what would currently be a more moderate amount, such as the $12,500 required of another Indonesian detainee whom Casazza represents.

In setting the bond, a judge takes into account whether the detainee is a flight risk or presents a danger to the community. Such is rarely the case among the Indonesian immigrant community, said Casazza, who has a number of clients from the Asian nation.

(Related: Pope says he is ‘scandalized’ by anti-migrant rhetoric)

“They’re very law-abiding, with a lot of faith and a good family population,” he said.

Judges are also supposed to consider the individual’s ability to pay the bond, Casazza added, “but a lot of it simply depends on what judge you get.”

If they can post their bonds, Anton and Vera “will be in removal proceedings for several more years,” said Casazza. Their cases will be transferred to the Department of Justice’s Philadelphia Immigration Court, and the judge who will hear the case is currently scheduling trials in April 2024.

“A quick trial these days would be within two years,” said Casazza. “New York, Los Angeles and Newark (New Jersey) are scheduling even further out than Philadelphia.”

In the meantime, Anton and Vera live day to day, hoping for asylum – just as they have done over the past two decades, with the violence, loss and fear they experienced in Indonesia still fresh in their memory, even as they tried to build a new life in the U.S.

Sitting in a prison interview room, Vera gestured toward her face. “My cheekbones are high,” she said. “You can see I look Chinese.”

Such features could invite trouble back in her native country, she said. Indonesia’s Chinese population, which is mostly Christian, was the target of numerous attacks throughout the late 20th century in the nation that is home to almost 13% of the world’s Muslims.

Professor Robert Hefner of Boston University, a noted specialist on minority relations in the Muslim-majority world, said that Indonesia has experienced “some measure of anti-Chinese sentiment for the better part of 500 years.”

In 1998, the fall of longtime President Suharto and his New Order regime — which collapsed after some 30 years due to corruption and economic crisis — was marked by rioting in the Chinese neighborhoods of several cities, including Jakarta, the nation’s capital. Some 1,000 were killed as buildings were looted and set ablaze.

According to a June 10, 1998 article in The New York Times, aid workers also documented “an organized campaign of assaults, gang rapes and killings of ethnic Chinese women” and girls during the uprising.

Recounting one such attack, Jesuit Father Sandyawan Sumardi of the Jakarta Social Institute said at the time that a gang had overtaken a city bus, singled out attractive Chinese women, and sexually assaulted them. In response to his ongoing efforts to assist rape victims, Sumardi (who has since left the order to found a community nonprofit) received several threats, including a hand grenade in the mail.

Hefner said that the current Indonesian government, under President Joko Widodo, has been making “quiet but sustained efforts” to increase tolerance for religious and ethnic minorities. However, while “most Indonesian Muslims are moderate,” he said there exists “a solid, well-organized 20%” of that group that “want a Muslim-first approach to citizenship.”

Some members of this group embrace “vigilante” tactics even against fellow Muslims, Hefner said. If ultimately deported to Indonesia after two decades abroad, Anton and Vera could find themselves “likely to be singled out for discrimination or targeting,” he added.

Anton and Vera were well acquainted with ethnic and religious persecution long before the Jakarta riots of 1998. Islamic extremists routinely blared loud music as they and their fellow Catholics attended Mass in their home city of Makassar; homes that hosted prayer groups were barraged with rocks. Throughout her school years, Vera had been continuously bullied for being Chinese and Catholic.

“I never felt safe,” she said.

Anton’s family lost their home and restaurant in a 1997 firebombing. He was assaulted; the police refused to assist, he said.

Amid the unrest, Anton and Vera held fast to their faith, marrying in May 1999. The young couple honeymooned in the U.S., arriving on a tourist visa that allowed them to stay up to six months to visit with friends.

But in December 1999, after his only brother was beaten to death by a mob while walking to church, Anton knew they could never go back — not even for his brother’s funeral.

Blending in, under the table

A month later, the couple learned they were pregnant, and they applied for asylum. With limited English, they fell prey to a scammer posing as a lawyer. A second application for asylum, filed by a legitimate attorney, was denied.

Needing to support themselves and their baby, the couple found work in local coffee shops and delis, blending into the “very robust, under-the-table economy of migrant workers that we all rely on,” said Casazza.

He added that his clients put in “very long, very hard hours” for wages that add up to what many Americans spend on dinner or a pair of shoes.

Yet Anton and Vera counted themselves rich as they became increasingly involved in their South Philadelphia parish. Anton threw himself into liturgical ministry, reading at Mass and joining the choir. Vera, though devout, was more cautious, fearing their parish involvement would lead to their arrest and deportation.

Separated from each other and their children, Anton and Vera cling to their faith to sustain them. They both recite the rosary three times a day, and meditate on Scripture passages from Bibles provided by prison chaplains. One Sunday a month, they are able to attend Mass in their respective prison chapels; on the remaining weekends, they participate in communion services.

Vera said she prays often to St. Anthony, a patron of lost items, “because I lost my freedom.”

With the onset of winter, Anton has asked his daughters not to risk the three-hour drive to visit him, since the Pike County facility is in the heart of the Pocono Mountains.

Like their fellow detainees, he and his wife each battle depression and loneliness during the long hours they spend in an environment of fluorescent lights, cinderblock walls and metal doors. Exercise and study help to lessen their anxiety, and they have found some comfort in the companionship of fellow detainees – although new friends can be taken away suddenly by deportation or, more happily, a successful bond hearing.

As they face their own court date, both Anton and Vera said that their trust in God remains unshaken.

“Jesus has never left me,” said Anton. “He is always in my heart.”

NEXT: Christmas bazaar sign of vibrancy at St. Athanasius Parish