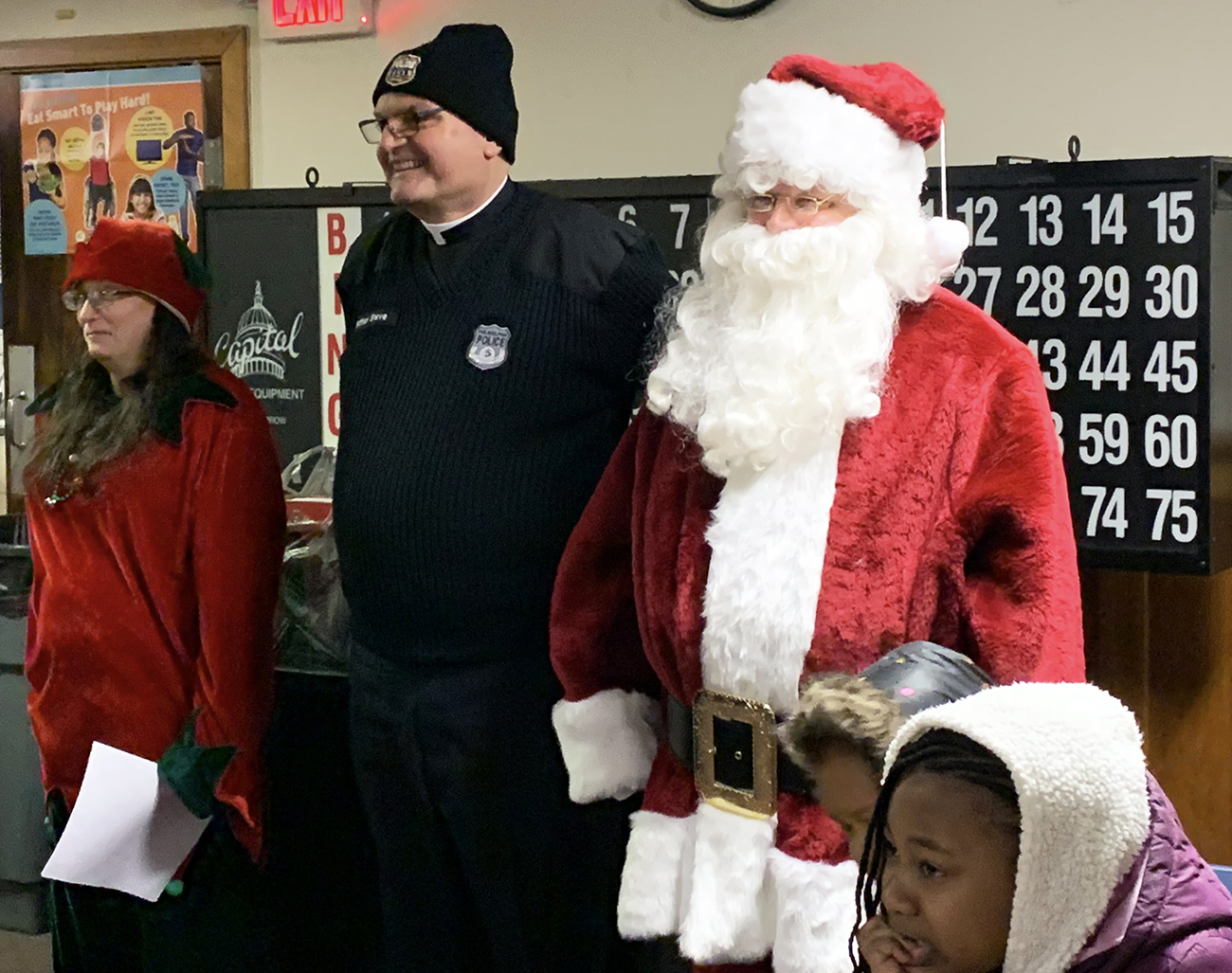 Some 30 Philadelphia police officers, along with family members and staff from the Fraternal Order of Police (F.O.P.) Lodge 5, boarded a trolley on Dec. 19 and headed to CSS’s Northeast Family Services Center in Philadelphia. One of seven CSS locations throughout the five-county area, the center serves as a first point of contact for a wide array of resources CSS provides to individuals, families and parishes.

More than 40 children who benefit from the center’s Out of School Time and parenting programs were waiting to greet the man in red, who led the crowd in Christmas carols and handed out presents.

“We’re here to raise a ruckus,” joked Oblate Father Steven Wetzel, who serves as chaplain of the Michael the Archangel Ministry Program at FOP Lodge 5.

The holiday mission was part of the program’s year-round outreach to both law enforcement and community members. Named for the patron of police officers, the ministry — which Father Wetzel describes as “multidenominational, rather than nondenominational” — provides pastoral care, crisis support and spiritual enrichment opportunities. 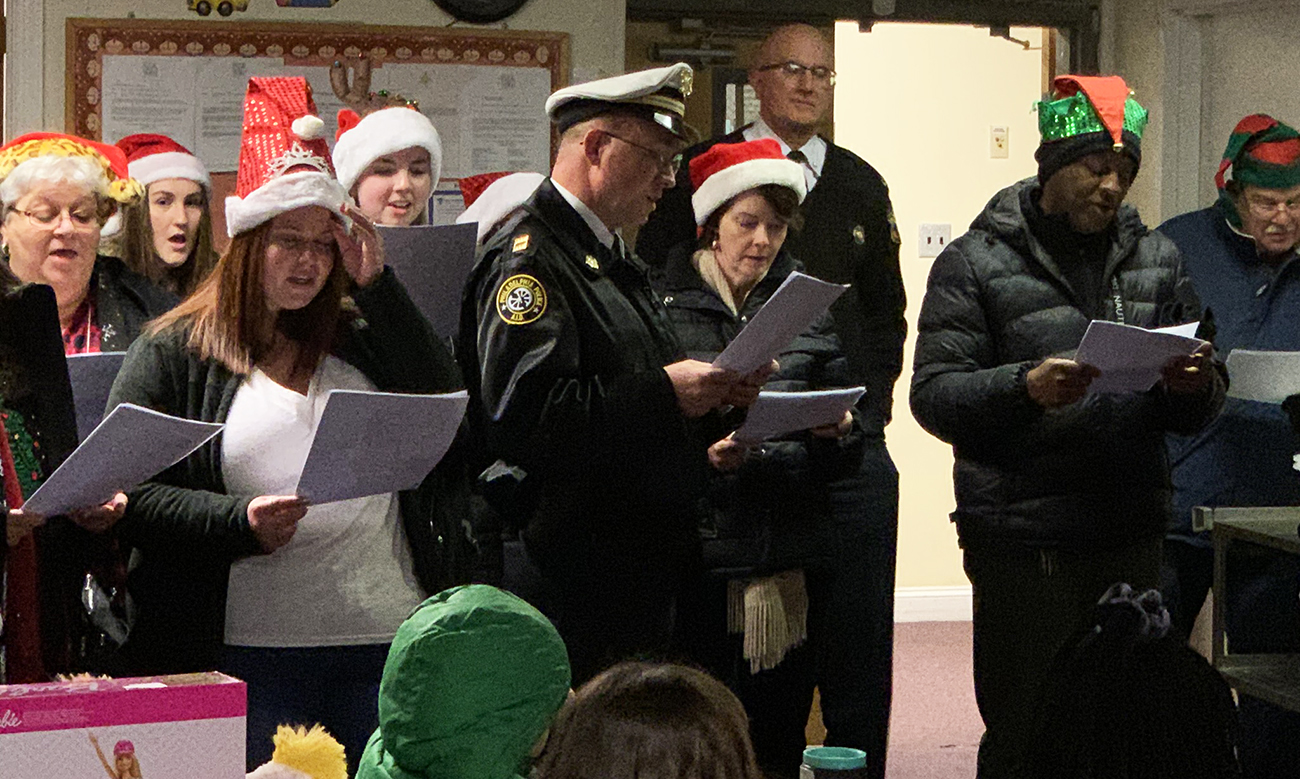 Members of the Fraternal Order of Police (FOP) Lodge 5 and their families sang Christmas carols for children who benefit from archdiocesan Catholic Social Services at its Northeast Family Service Center in Philadelphia, Dec. 19. (Gina Christian)

Services include hospital visits, grief accompaniment, funeral rites and pastoral counseling to some 14,000 active and retired Philadelphia Police Department members, as well as their families.

The children’s Christmas smiles provided a welcome change of pace for officers, whose shifts have seen a dramatic increase in gun violence.

“This is healing for them,” said Father Wetzel. “The environment they work in every day is tense, so this breaks that up.”

After a final rendition of his trademark “ho ho ho,” Santa rallied the group for the next stop on the evening’s beat, Shriner’s Hospital for Children in Philadelphia, a regular beneficiary of the ministry’s efforts.

“We love to do this,” said Father Wetzel.

PREVIOUS: Latino tradition is a ‘dress rehearsal’ for Christmas

NEXT: Archdiocesan outreach ‘builds the blessings’ at Christmas