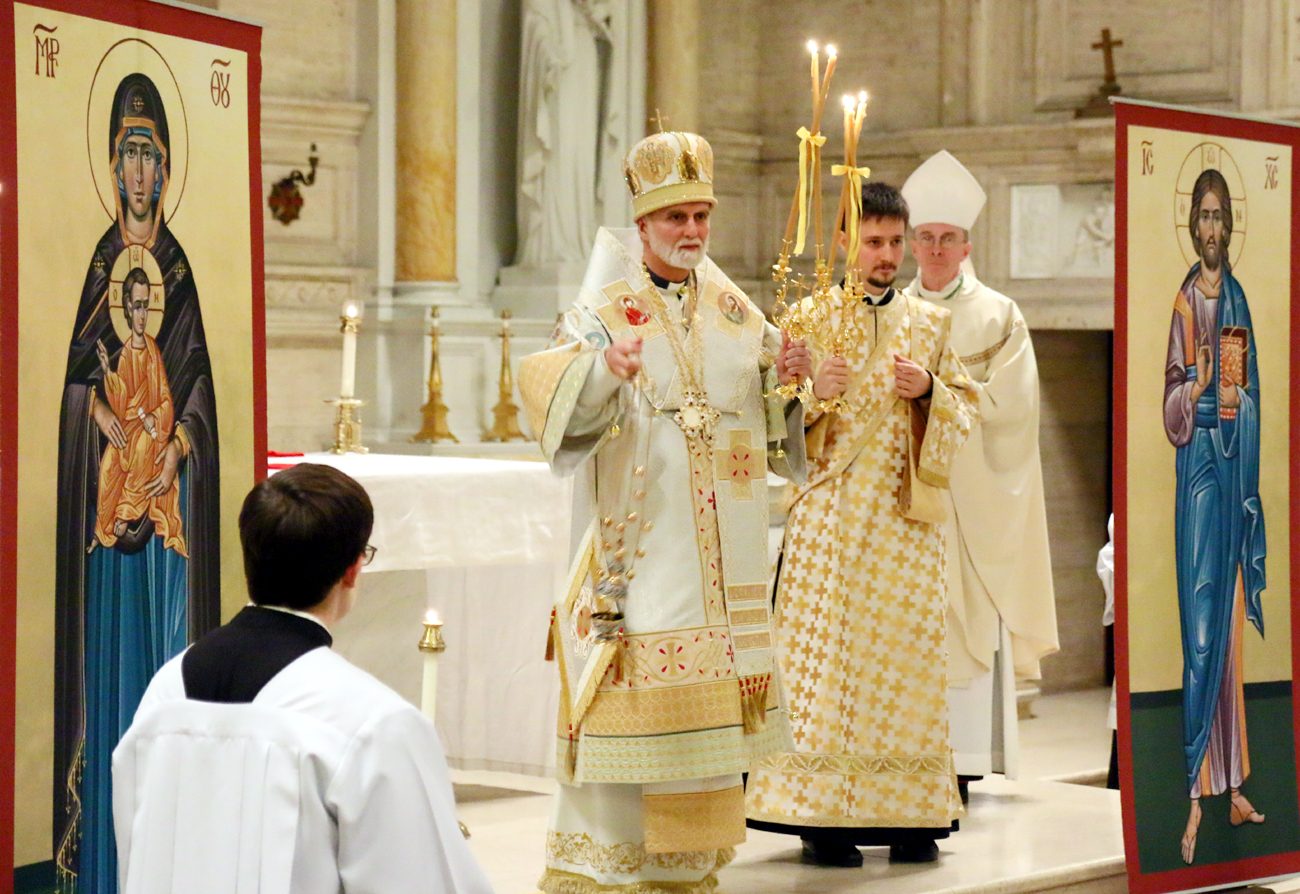 In the ornate St. Martin’s Chapel at St. Charles Borromeo Seminary, many beautiful liturgies have been celebrated since its opening in 1928.

(See scenes from the liturgy in our Photo Features section, here.)

According to the rite, a screen of religious images forms a distinction between those seated in the congregation and the liturgical mysteries celebrated in the sanctuary. Since such a distinction does not typically exist in the Latin rite, a portable screen of two six-foot icons, one of Jesus and the other of the Blessed Virgin Mary, were placed on either side of the chapel’s main altar for the occasion.

The archbishop led ancient blessing rites with a great deal of incense, candles and three-fold chanted prayers in the nave of the chapel and at its altar, assisted by Father Roman Pitula, rector of the Philadelphia Ukrainian Catholic Cathedral of the Immaculate Conception, and Transitional Deacon Volodymyr Radko.

The deacon, who completed his seminary formation in Paris, is attending St. Charles Seminary at this time. For the Ukrainian Mass he was instrumental in writing a printed guide to the liturgy with prayers and responses for his fellow seminarians, training them to actively participate in the liturgy, and obtaining the portable icon screen for the chapel. 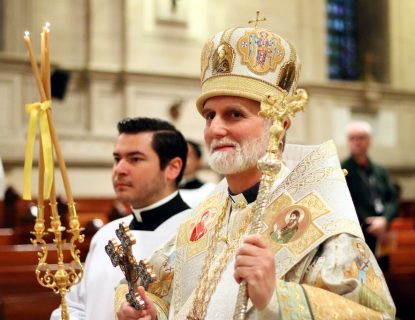 Since all of the liturgy’s antiphons, responses and prayers are to be chanted, a small choir of a dozen seminarians was formed under the direction of seminarian Allen Blehl, who is in his spiritual year of formation.

The choir had only two weeks to learn the music for the liturgy, and in prepare it in tenor and bass voices. But Blehl said the task was not too daunting because many of the tones and the words — sung in English by the presider and choir — tend to repeat throughout the liturgy.

The late 19th and early 20th century in which she lived was “a time of great problems and a time of migration — Irish, Germans, Czechs” coming to America, said the archbishop. “It was so difficult and almost impossible to survive. There was also a poverty of soul and spirit (and) a time of high illiteracy (in which) people couldn’t read the Gospel.”

Today that level of material poverty does not exist, but “it is definitely a time of spiritual poverty, a time when one can get lonely and get exhausted,” he said.

The motto of Blessed Josaphata, who built her order in Ukraine until her death there in 1919, could serve as a reminder for today’s seminarians, the archbishop suggested: “Serve your people where the need is greatest.”

Archbishop Gudziak not only encouraged the seminarians in their studies toward service in the Gospel someday as priests, but he said he himself was “encouraged to be here with you in this community of men who are daily preparing yourselves to be where that need is great, preparing yourself for that anointment (in) glory.”

The “richness” of the divine liturgy they were celebrating together, he said, was “not for personal glory but for sharing with each other and the community, that Christ lives in us.”

The archbishop urged the seminarians “to become people of hope and charity” and follow the example of the apostle St. Paul, “who so fully allowed Christ to live in him.”

Despite the sufferings that they may endure in their vocation and ministry, Archbishop Gudziak said that “any suffering experienced in the Lord will be transformed eternally for us and those we are called to serve.”

Following the Liturgy of the Word, the liturgy proceeded in a fashion that would be recognizable to Latin-rite Catholics. Reception of holy Communion was the exception.

As seminarians and guests approached the sacrament, they were instructed through the printed program to say their name, tilt back their head and open their mouth widely. At that point the archbishop or Bishop Timothy Senior, rector of St. Charles Seminary, used a golden spoon to gently place the Communion host — a small bread cube soaked in the precious blood — into their mouth, not on the tongue.

When the archbishop or priest withdrew his hand, the communicants closed their mouth and returned to their place, instructed not to say “amen” after receiving the Eucharist. 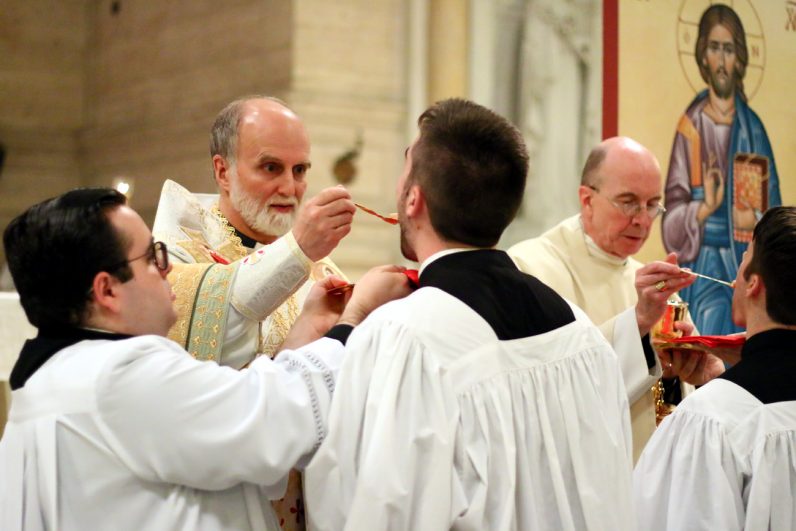