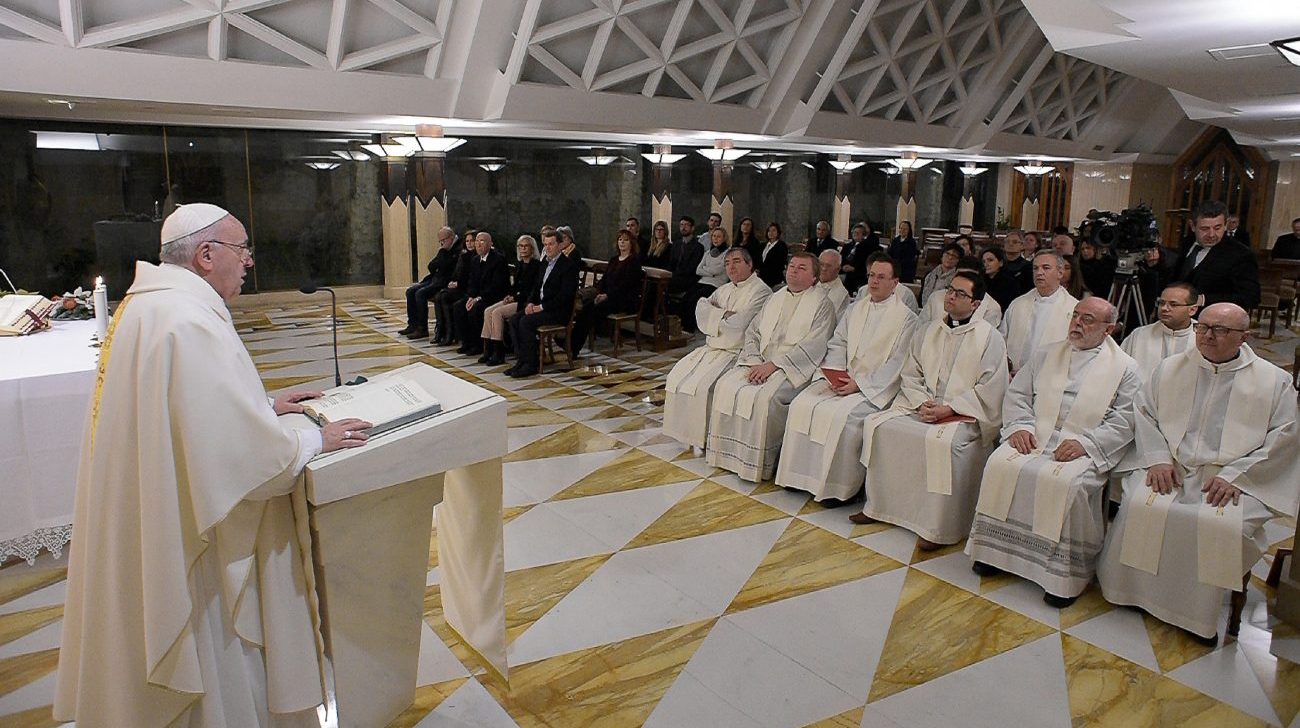 Pope Francis deliver the homily during morning Mass in the chapel of his residence, the Domus Sanctae Marthae, at the Vatican Jan. 9, 2020. (CNS photo/Vatican Media)

VATICAN CITY (CNS) — Most Christians would agree it is wrong to hate someone, but it is also wrong to be indifferent, which is a camouflaged form of hatred, Pope Francis said.

Real love “must lead you to do good, to get your hands dirty with works of love,” the pope said Jan. 10 at morning Mass in the chapel of his residence, the Domus Sanctae Marthae.

Commenting especially on 1 John 4:19-21, Pope Francis said the Bible “does not mince words.” In fact, he said, the Bible tells people, “If you say you love God and you hate your brother or sister, you’re on the other side; you’re a liar.”

If someone says, “I love God, I pray, I enter into ecstasy, and then tosses aside others, hates them, doesn’t love them or simply is indifferent to them,” the pope noted, St. John doesn’t say, “You’re wrong,” but “you’re a liar.”

“The Bible is clear because being a liar is the devil’s way of being. He is the Great Liar, the New Testament tells us; he is the father of lies. That’s the definition of Satan the Bible gives us,” the pope said.

Love “is expressed by doing good,” he said.

A Christian does not get points for just standing by, he said. Love is “concrete” and faces the challenges, struggles and messiness of everyday life.

Indifference, he said, “is a way of not loving God and not loving neighbor that is a bit hidden.”

Pope Francis quoted St. Alberto Hurtado, who said, “It is good not to do evil, but it is evil not to do good.”

On a truly Christian path, one does not find those who are indifferent, “those who wash their hands of problems, those who don’t want to get involved to help, to do good,” he said. “False mystics are not there, those with hearts distilled like water who say they love God but forget to love their neighbor.”

NEXT: Become Christ to others, and avert World War III