Don’t let the devil light ‘fire’ of war in your heart, pope says 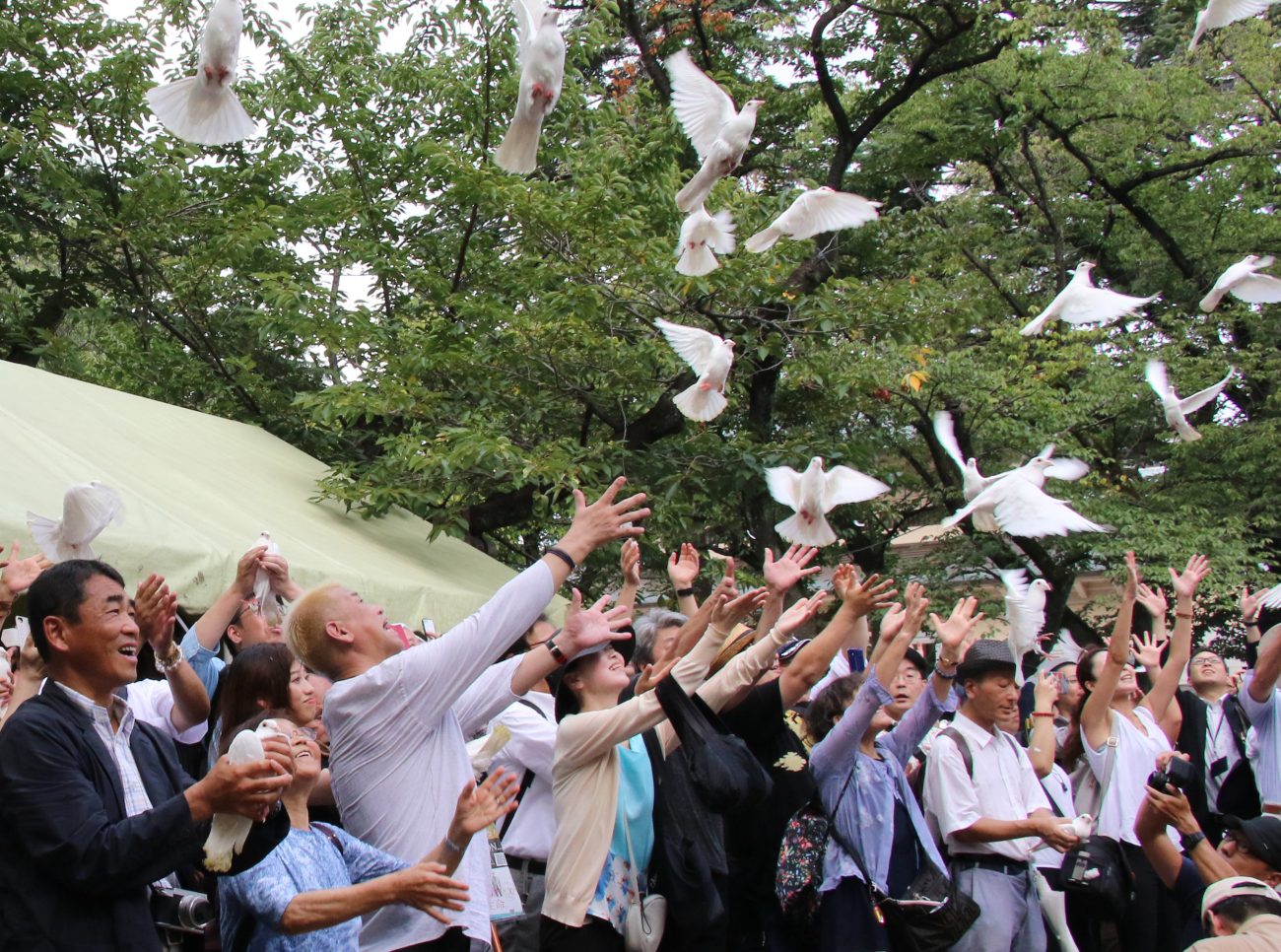 People release white doves in the air to pray for peace at the Yasukuni shrine in Tokyo Aug. 15, 2019. During morning Mass in the Vatican’s Domus Sanctae Marthae Jan. 9, 2020, Pope Francis asked people to look at how they speak and whether what they say is animated by a “spirit of peace” or the “spirit of war.” (CNS photo/Yoshio Tsunoda, AFLO via Reuters)

Finding fault and condemning others is “the temptation of the devil for making war,” the pope said in his homily during morning Mass in the Domus Sanctae Marthae Jan. 9, the same day he gave his annual address to the diplomats accredited to the Vatican.

If people are “sowers of war” in their families, communities and workplace, then they cannot be Christians, he said, according to Vatican News.

Celebrating Mass in the chapel of his residence, the pope preached about the day’s first reading from the First Letter of John. The passage underlined how important it is to “remain in God” by following his commandment to love God by loving others. “This is the commandment we have from him: Whoever loves God must also love his brother,” one verse says.

“Where the Lord is, there is peace,” Pope Francis said in his homily.

“It is he who makes peace; it is the Holy Spirit that he sends to bring peace within us,” he said, because only by remaining in the Lord can there be peace in one’s heart.

But how does one “remain in God?” the pope asked. By loving one another, he said. “This is the question; this is the secret to peace.”

The pope cautioned against thinking that war and peace are only external to oneself, that they occur only “in that country, in that situation.”

“Even these days when many fires of war are lit, one’s mind immediately goes straight there (to faraway places) when we talk about peace,” he said.

While it is important to pray for peace in the world, he said, peace must begin in one’s own heart.

People should reflect on their own heart — whether it is “at peace” or “anxious” or always “at war, straining to have more, to dominate, to be heard.”

“If we do not have peace in our heart, how do we think there will be peace in the world?” he asked.

Jealousy, envy, gossip and speaking badly about others create “war” between people and “destroy,” he said.

The pope asked people to look at how they speak and whether what they say is animated by a “spirit of peace” or the “spirit of war.”

Talking or acting in ways that hurt or tarnish others indicates “the Holy Spirit is not there,” he said.

“And this happens to every one of us. The immediate reaction is to condemn the other,” he said, and this “is the temptation by the devil to make war.”

When the devil is able to light this fire of war in one’s heart, “he is happy; he doesn’t have to do any more work” because “it is we who work to destroy each other, it is we who pursue war, destruction,” the pope said.

People first destroy themselves by removing love from their heart, he said, and then they destroy others because of this “seed that the devil has placed in us.”

PREVIOUS: Life’s trials train Christians to be sensitive to others, pope says

NEXT: Don’t stay indifferent, ‘get your hands dirty’ pope says