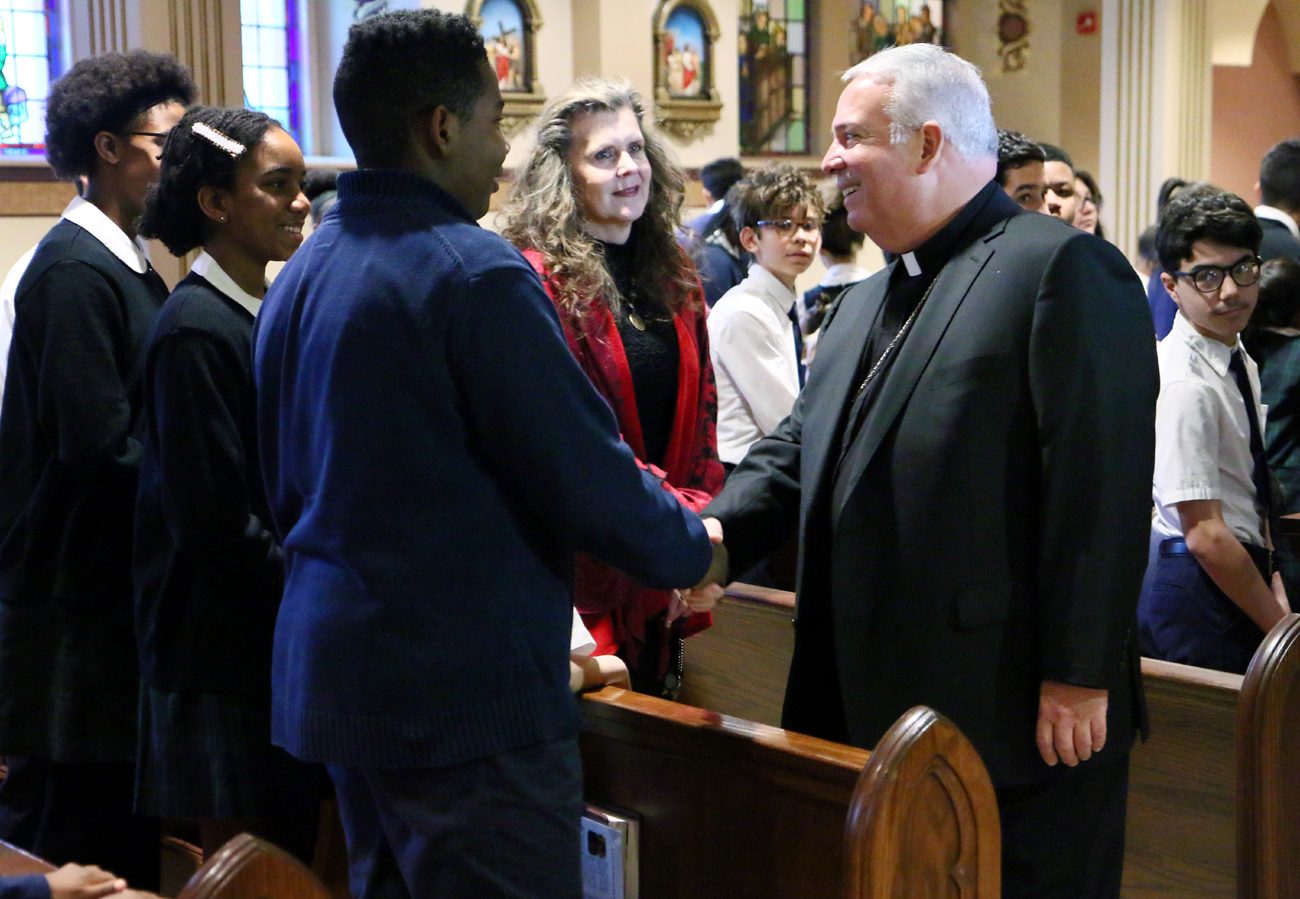 Past, present and future coincided at Archbishop-elect Nelson J. Perez’s first public appearance since being announced as the next leader of the Archdiocese of Philadelphia.

On Jan. 24, he and Archbishop Charles Chaput visited the National Shrine of St. John Neumann, adjacent to St. Peter the Apostle Church in North Philadelphia.

The two archbishops knelt side by side before the tomb of the Redemptorist saint, who was the fourth bishop of Philadelphia and one of the founders of Catholic education in the United States. Dozens of students from St. Peter the Apostle School joined the prelates in prayer.

For Archbishop Perez, the visit was a homecoming to what had long been a “respite of peace and prayer” during his years as a Philadelphia priest.

“I used to come here all the time and go to confession here,” he said, adding that he often brought his parents to the shrine when they were in town, since their wedding anniversary coincided with the saint’s Jan. 5 feast day.

In his introductory remarks, Archbishop Chaput asked the students to pray that “God would help Archbishop Perez become just like St. John Neumann.”

“The most important thing is that our bishops be holy,” said Archbishop Chaput. “If they’re holy, then they help us to be holy.”

Redemptorist Father Edmund Faliskie, the shrine’s director, presented Archbishop Perez with a first-class relic and picture of St. John Neumann on behalf of the Redemptorist community, the parish, the school and shrine staff. 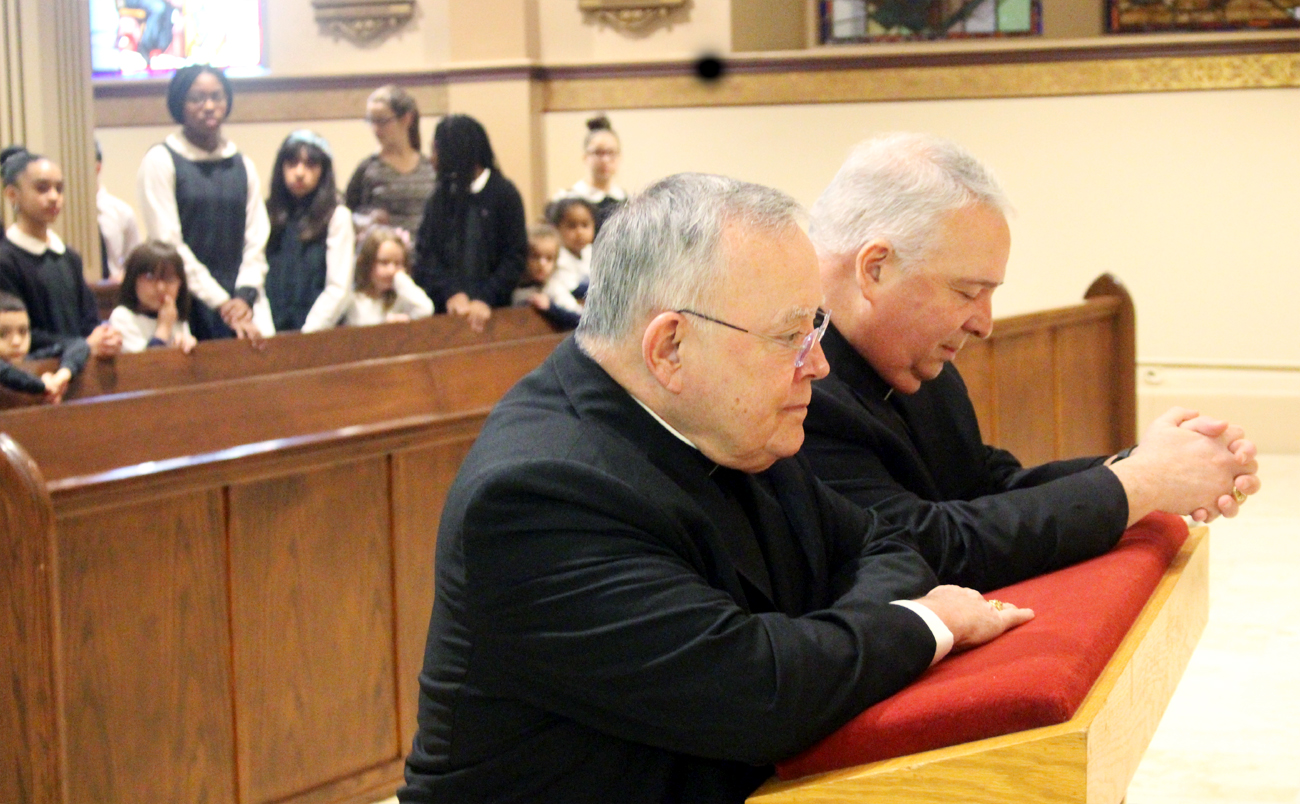 Archbishop Charles Chaput and Archbishop-elect Nelson Perez pray before the body of St. John Neumann as students from St. Peter the Apostle School look on. (Photo by Gina Christian)

Prior to their departure, the archbishops blessed the students, who in turn recited a vocation prayer written by St. Teresa of Kolkata over the prelates.

Speaking to media afterwards, Archbishop Perez said that he wanted to encourage youth “to be joyful and know that God loves them.”

“God has placed the future in their hands,” he said. “God loves them and needs them to continue to love the world.”

That message resonated with St. Peter’s School students Isabella Malavé and Journey Wilson, who each said they had been “excited” to greet Archbishop Perez.

Wilson, an eighth-grader, said it was “amazing and mind-blowing” to meet both archbishops, who are “role models for the church.”

Confessing that she had initially been “scared,” second-grader Wilson described the visit as “fantastic.”

Archbishop Perez’s “down to earth, respectful” demeanor helps set others at ease, said shrine staffer and Sister Catherine Clark, I.H.M., after chatting briefly with the archbishop as he exited the chapel.

“He just has this way about him, and he’s very charismatic,” said Sister Catherine, who as the last principal of the former St. William Parish School had worked closely then-Msgr. Perez, pastor of of St. William Parish from 2002 to 2009.

Sister Catherine also said that while pastor, Archbishop Perez was able to “bring together people from various backgrounds” as the makeup of the parish and the surrounding Northeast Philadelphia neighborhood became increasingly diverse.

“I think it was because he was so natural with everybody,” she said. “Other people picked up on that (and) started to treat people the same way.” 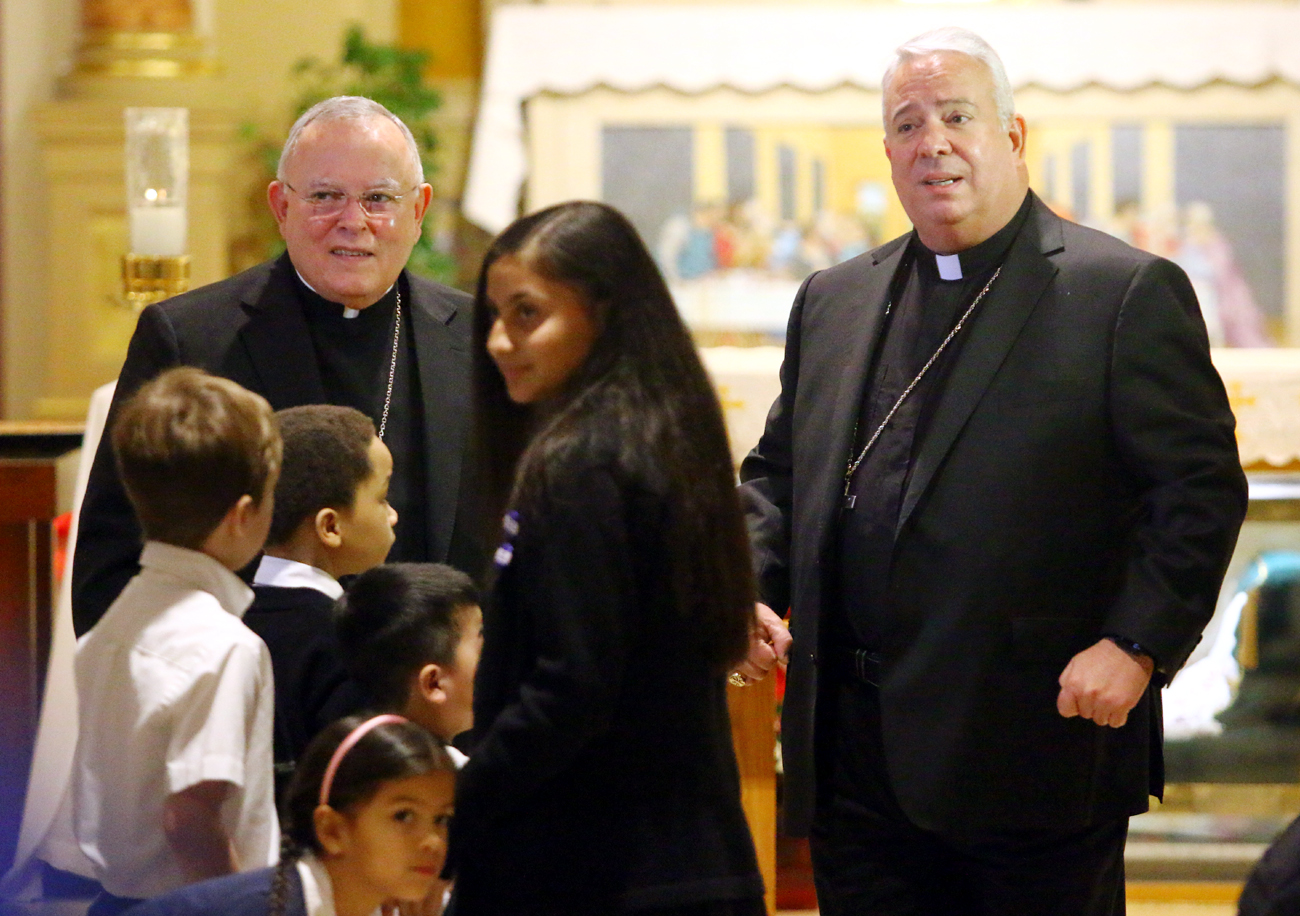 PREVIOUS: With handshakes and hugs, Archbishop Perez gets to know staff

NEXT: March for Life can open wounds for some women