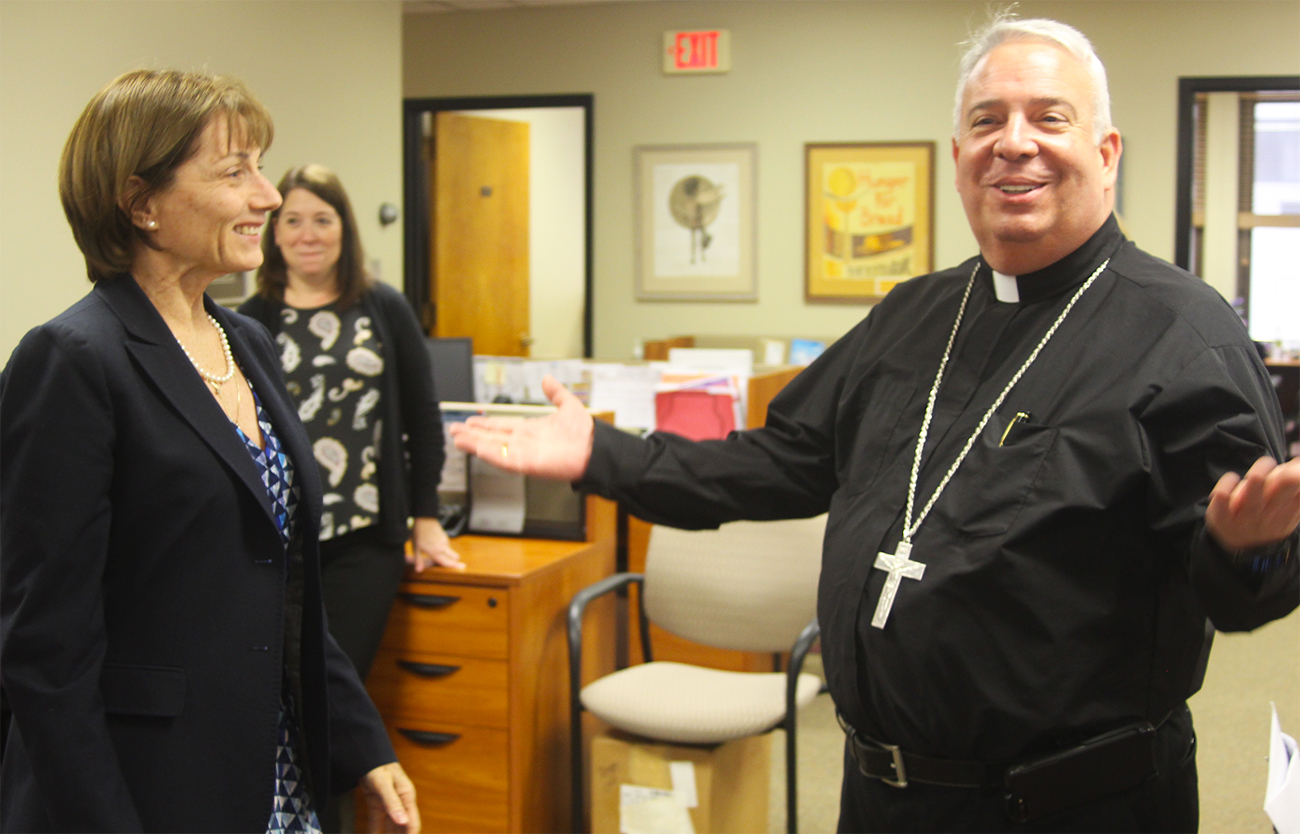 Archbishop-elect Nelson J. Perez got a head start on his new position as the leader of the Archdiocese of Philadelphia Jan. 23, meeting staff, touring 13 floors of offices, and participating in a prayer service.

Archbishop Charles J. Chaput presented his successor at a morning press conference in the archdiocese’s Pastoral Center, next to the Cathedral Basilica of SS. Peter and Paul, describing him as “exactly the man our church needs.”

After addressing employees and local media, Archbishop Perez had lunch with the College of Consultors, a group of the most senior clergy in the archdiocese. Immediately afterward, he visited each of the archdiocese’s administrative departments, individually greeting staff.

Many handshakes ended in hugs and exclamations of “welcome home,” as employees who knew Archbishop Perez from his days as a Philadelphia priest and pastor shared memories, along with the latest news about their families.

He conversed with several in Spanish, and teased staffer Judy Cruz-Ransom – who sings in the Archdiocesan Hispanic Choir – to start rehearsing for his installation Mass, which will be celebrated Feb. 18 at 2 p.m. in the same cathedral where he was ordained a priest in 1989. 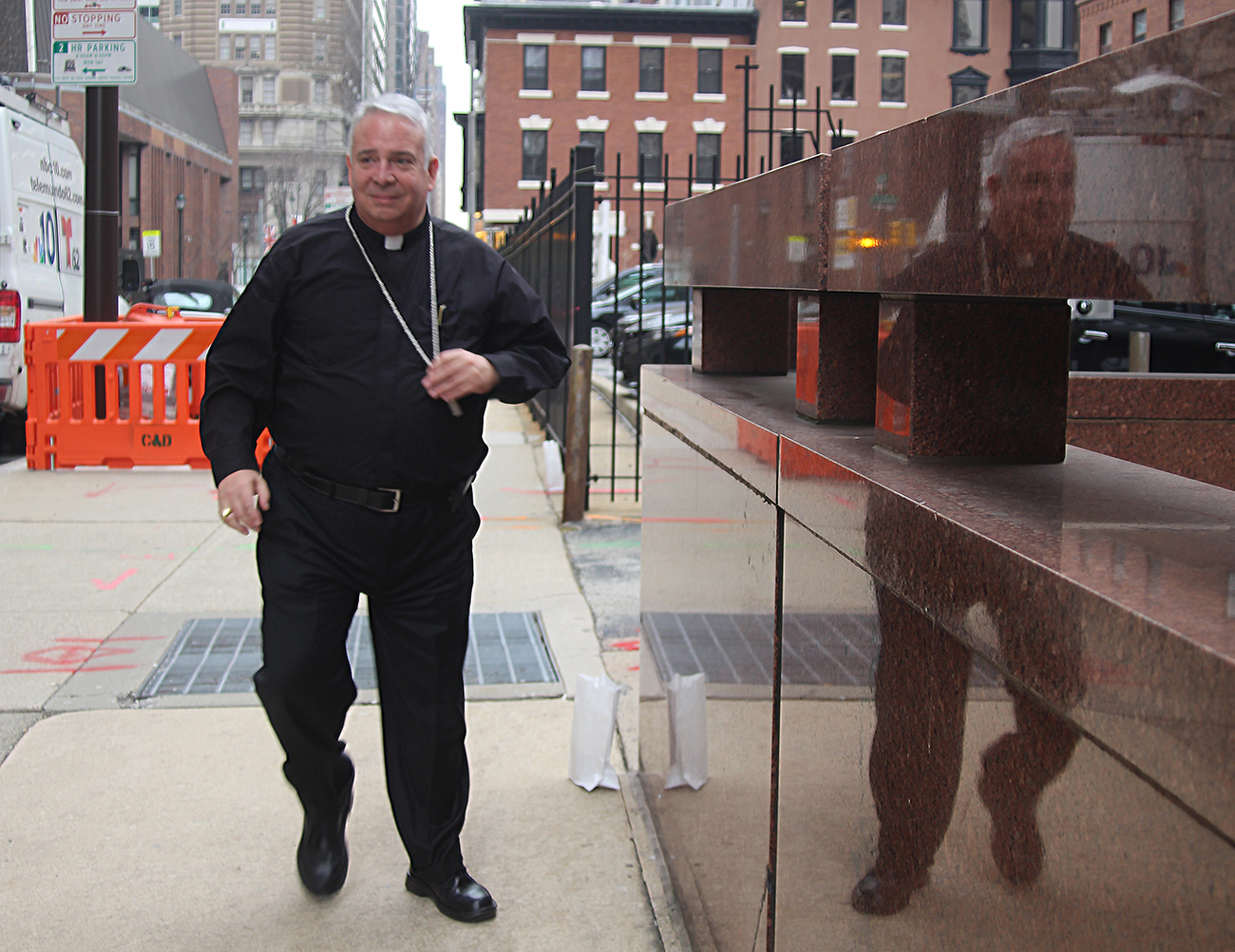 Archbishop-elect Nelson J. Perez heads into the Archdiocese of Philadelphia’s Pastoral Center after placing a candle at a Jan. 23 prayer vigil in support of the 47th annual March for Life. (Gina Christian)

Lizanne Hagedorn, executive director of the archdiocese’s Nutritional Development Services, asked Archbishop Perez to bless the staff of the agency, which annually serves more than 10 million meals throughout the five-county area.

The blessing was especially appreciated since many staffers had experienced losses and illnesses in their families over the past year, said Hagedorn.

A few flights of stairs later, Archbishop Perez joined participants at a pro-life prayer vigil organized by archdiocesan Catholic Social Services in the lobby of the building. Some 75 clergy, religious and employees placed luminaries on the building’s front portico, where they will remain lit overnight in support of the 47th annual March for Life, which will take place Jan. 24 in Washington, D.C.

After a posing for a final flurry of pictures, Archbishop Perez hopped onto the next available elevator and headed for his new office – and a look at what is likely to be a full schedule on Friday.

NEXT: Archbishop Perez returns to ‘place of peace’ in Phila. visit