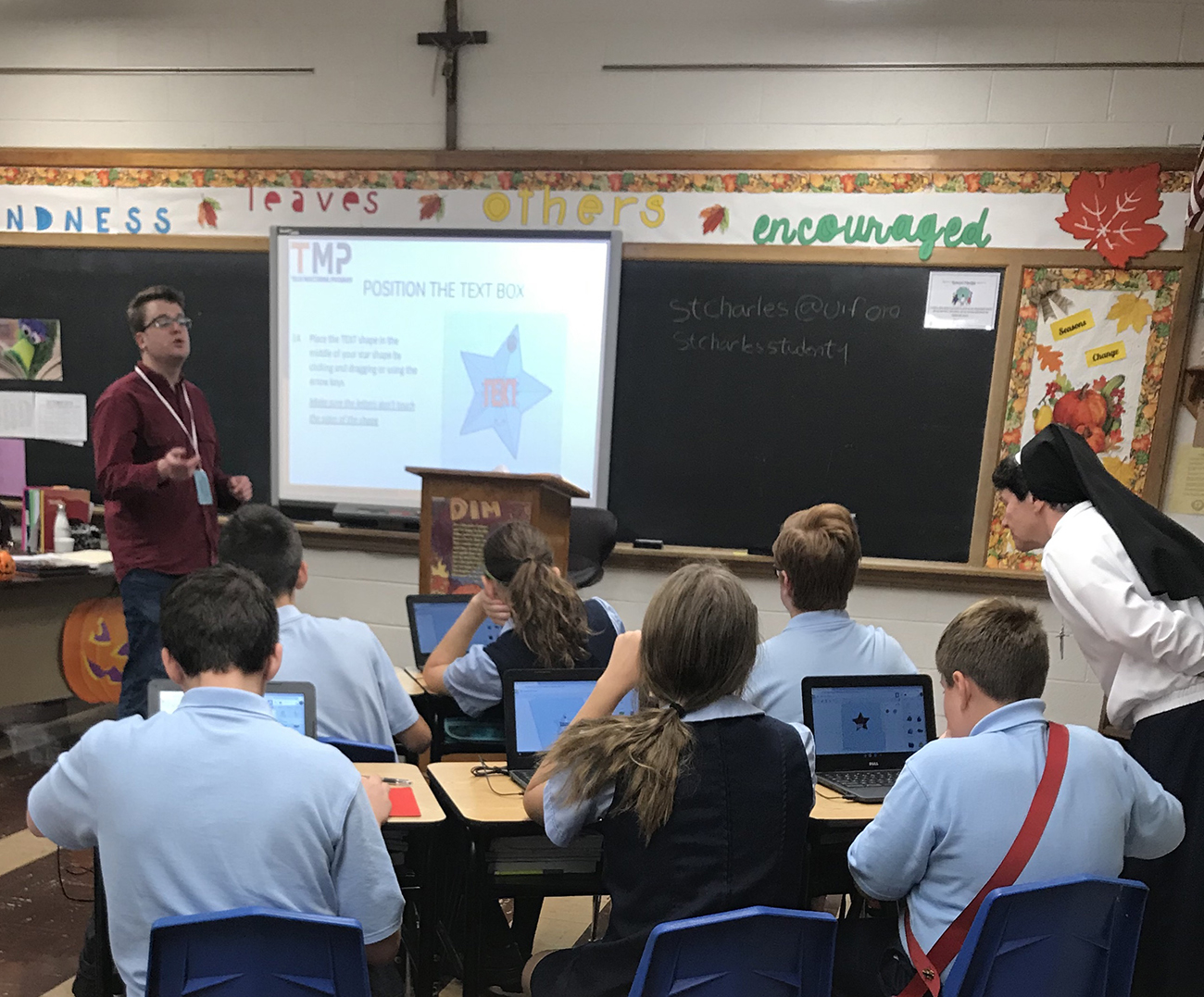 A Catholic school in Lower Bucks County has been recognized for its marketing savvy by a local business organization.

St. Charles Borromeo Parish School received the 2019 “Best of Bensalem Award” just in time for the new year, when it will celebrate its 100th anniversary. The annual honor highlights firms that have demonstrated their ability to spread the word about their work while enhancing community life.

For the school’s advancement director, Kathryn McCarty, the recognition by the Bensalem Award Program underscored her commitment to strengthen the school’s profile online and in person.

After being hired in August 2019, McCarty first targeted those who knew the school through and through: its alumni.

“I worked on increasing our alumni database,” she said, adding that she also focused on “creating online buzz from our existing community to generate more followers.”

McCarty also engaged the families of current students in her mission, encouraging them to follow the school’s social media accounts.

The strategy worked, and “parents were super responsive right away, liking and sharing posts of the students,” she said. “Soon enough, we generated over 500 followers in four months.”

Creating a new seal also helped to enhance the school’s identity, while uniting the members of its community.

“We came together and voted on a seal that represented not just the school colors, but the symbols of its charism and its historic roots,” said McCarty. When uploaded to the social media accounts, the design gave (the) pages a modern and cohesive look.”

An eye for the future is very much a part of the school’s present, said Father Philip Forlano, pastor of St. Charles Borromeo Parish.

“We hope to continue to build on the foundation that has given our graduates a competitive advantage,” he said. “A St. Charles education is a long-term value for our graduates and the Bensalem community.”

PREVIOUS: Immigrants to US face stiffer headwinds in 2020