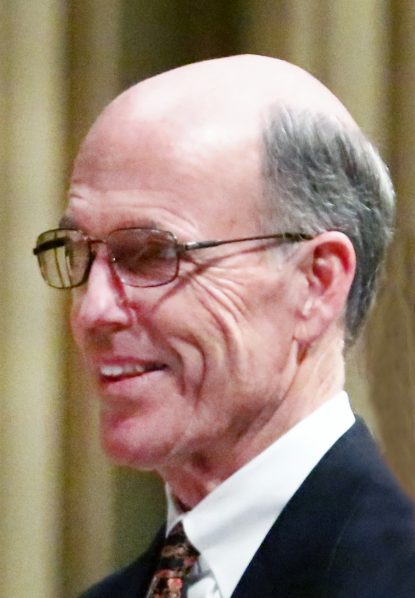 Local businessman Eustace W. Mita has been named the first lay president of the Papal Foundation.

The organization was founded in 1988 in Philadelphia under the leadership of Cardinal John Krol in which Catholic laity and clergy working in collaboration raise money in support of projects around the world in service of the pope. Some 100 projects on five continents received grants totaling $12.64 million in 2019.

With its Jan. 29 announcement of Mita’s leadership, the foundation described its the Board of Trustees, which manages the Papal Foundation funds. Six American cardinals residing in the United States and two lay trustees serve as ex-officio members of the board, plus three archbishops, two bishops and 21 elected lay people from across the country.

“The laity is playing an increasingly important role in the church, including at the Papal Foundation, where we collaborate with clergy and church leadership to extend charity to those in need,” said Mita. “In union with the Holy Father, our entire Board of Trustees is committed to openness and accountability as we focus on what’s most important — educating, feeding, housing and healing people around the globe.”

Mita is a parishioner of St. Mary Magdalen Parish in Media, a papal honoree for his leadership role in the 2015 World Meeting of Families in Philadelphia and a longtime organizer of the annual Man-Up Philly men’s spirituality conferences in Philadelphia.

Through benefactors known as the Stewards of St. Peter, the Papal Foundation has awarded more than 1,900 grants in 121 countries since 1988.

The foundation indicated its most recent grants have been used to help people suffering from trauma and food insecurity; build churches and retreat centers for youth development; save the lives of newborns in need of urgent medical care; minister to individuals with disabilities and promote human rights around the world.

“The Papal Foundation’s grants uplift people all over the world,” Mita said, “in particular the needs of the church that are of significance to the Holy Father.”

Grant requests are made to the Vatican’s Secretary of State through apostolic nuncios (papal representatives akin to ambassadors) and local bishops from around the globe. Once the requests are reviewed, the pope requests funding for grants from the Papal Foundation. Its Board of Trustees then considers these requests and offers final approval.

In addition to grants, the Papal Foundation funds the St. John Paul II Scholarship Program, which was the vision of the late pope to ensure that seminarians, priests, religious sisters and brothers, and laity from developing countries have the opportunity to study at pontifical universities in Rome.

To date, the program has provided more than $11 million in scholarships to more than 1,400 individuals, known as Saeman Scholars. In 2019, 95 students from 35 countries received the scholarships.

Learn more about the Papal Foundation, staffed locally in the city of Chester, here.

PREVIOUS: We’re all called to ‘tell the story about Jesus,’ evangelizer says

NEXT: A tale of decline? Not so at St. Charles Seminary