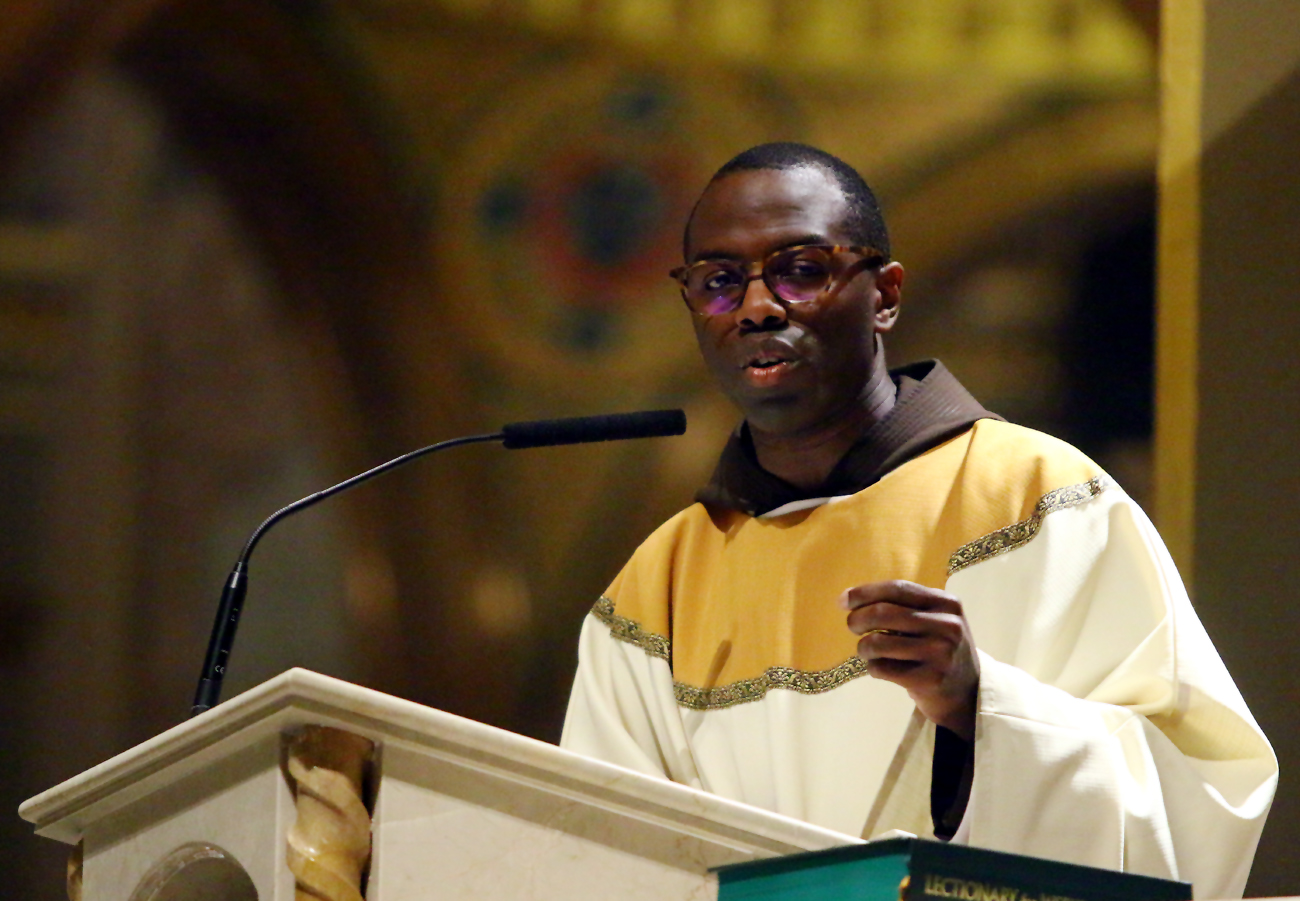 Father Richard Owens, O.F.M. Cap., director of the Office for Black Catholics, preaches the homily during a Mass honoring St. Martin de Porres, Nov. 8, 2019 at the Cathedral Basilica of SS Peter and Paul. Reflecting on a Jan. 20 interfaith prayer service organized by the office in honor of Rev. Dr. Martin Luther King Jr., Father Owens said that the slain civil rights activist “testified to what it means to be a disciple of Christ.” (Photo by Sarah Webb)

The office, which serves approximately 14,000 Black Catholics within the archdiocese, sponsored an interfaith prayer service Jan. 20 in honor of Martin Luther King Jr. Day at Our Mother of Consolation Parish in Philadelphia’s Chestnut Hill section.

Reflecting afterwards on the event, at which Archbishop Charles Chaput presided, Father Owens said although Dr. King’s life was “a mixture of successes and failures,” the minister and activist “testified to what it really means to be a disciple of Christ.”

That discipleship entails “(bearing) the cross in the struggle for justice, peace, respect and love,” Father Owens said.

The call to do so is prophetic, he added, citing the prophet Micah’s exhortation to “do justice and to love goodness, and to walk humbly with your God” (Mi 6:8).

Dr. King “received his prophetic call within the church,” said Father Owens, and “used his Christian heritage as a platform for preaching and teaching,” which were both “rooted in Scripture.”

Father Owens said that while “the United States has made some progress in realizing Dr. King’s message,” there is more work to be done.

Referencing the U.S. bishops’ November 2018 pastoral letter on racism, he cited “the major obstacle” to healing current racial divisions as “our inability to truly open wide our heart to recognize that we are all made in the image and likeness of God.”

Annual celebrations and days of service “must not be confined to Dr. King’s holiday,” said Father Owens.

He stressed that “as a people of faith, we are constantly called to work toward eradicating poverty; ensuring equal wages, economic equality and respect for human life at all stages; addressing the issue of mass incarceration; and dismantling institutional racism.”

PREVIOUS: After 34 years, still much to learn from Dr. King to heal racial divide