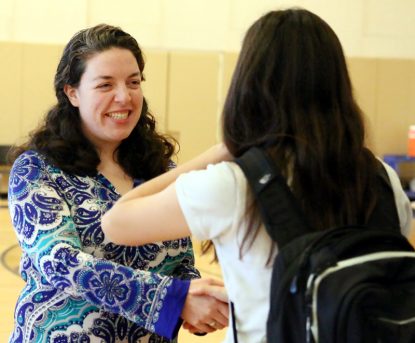 Clare Pressimone, a program manager for Catholic Relief Services (CRS) — the overseas relief agency of the U.S. Catholic Bishops — has had a very busy life since her 2014 graduation from Cabrini University with a B.A. in social work.

Her work has taken her to such places as Malawi, Indonesia and at this time Afghanistan.

Back for a brief home break, she spoke to students about her work and that of CRS during a visit Dec. 16 to Merion Mercy Academy.

In an interview for CatholicPhilly.com about her own personal story, she explained she is one of the 12 children, seven biological and five adopted, of Mike and Cathy Pressimone. This suggests outreach to people with needs is really in her DNA.

She was born in Maryland and grew up in Lancaster County, Pa., where she attended Catholic schools.

It was during her college years, first as a student at the University of Evansville in Indiana and active in campus ministry, that a talk given by a visiting religious sister made her change her major from archaeology to a field surrounding social justice.

“She talked about the difference between charity and justice, and how people want to make a change,” Pressimone recalls. “I came away from that thinking, you know what, I don’t want to be just charitable, I want to make a difference.”

For her junior year she switched to Cabrini because it had a social justice program and while there she stayed involved through service as president of the CRS Student Ambassadors Chapter.

After college she took a position with the Salesians as a lay missionary in Cambodia, primarily serving as an English teacher in a secondary school run by Salesian Sisters. But outside of school there was exposure to great poverty that needed to be addressed.

“There was an empty lot behind our school filled with trash and broken bottles,” she remembers. “One day a family had erected a tent there. It was a mother, father and three little boys. They had been kicked off other land by the government and they had no place to go. We brought the children in while their parents were trying to find work. They had a hard lot and we dealt with them. The religious sisters at that location were of mixed nationality, many of them Filipino. And very good (sisters).”

That stint in Cambodia was followed by a return to the United States and working in grassroots advocacy for CRS while pursuing her master’s degree in international development, which she ultimately obtained from Fordham University.

For the first half of this year she was a program intern with CRS missioned to Malawi at a hurricane relief project. The country in southeastern Africa is mostly Christian, with many Catholics, but the culture is quite different from ours, Pressimone explained. 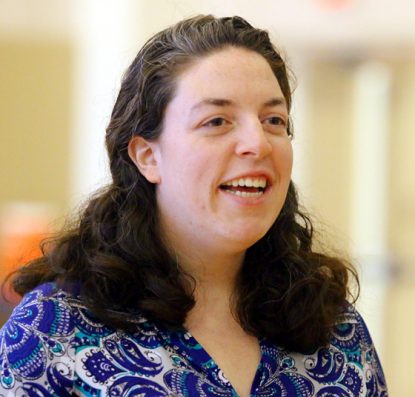 Working in such places “is kind of getting out of the ordinary and realizing our ways are not the only ways of life,” she said. “I enjoy being engaged with different cultures. It’s seeing how life can be so different and sharing our differences with them.”

Her most recent position with CRS since September is working as an education promotion manager in Banyan and West Ghor, two provinces in central Afghanistan where she will probably remain for a couple of years. Both provinces are relatively peaceful in that war-torn country. But “relatively” doesn’t mean violence free.

“There is general acceptance of us in the communities where we work,” Pressimone said. “We have very good teams who are keeping an eye on us. It does make life interesting. We live in an area that is not as engulfed in conflict.”

As to how her parents feel about their daughter doing God’s work not always in the safest corners of the globe, “I think my mom is living vicariously through this,” she said. “She would have liked to have gone to Africa when she was young, but her parents were not supportive of that. My dad tends to worry a little more. But he grins and bears it.”

With that good attitude, it’s almost a certainty that the world will be hearing more of the adventures of Clare Pressimone for years to come. 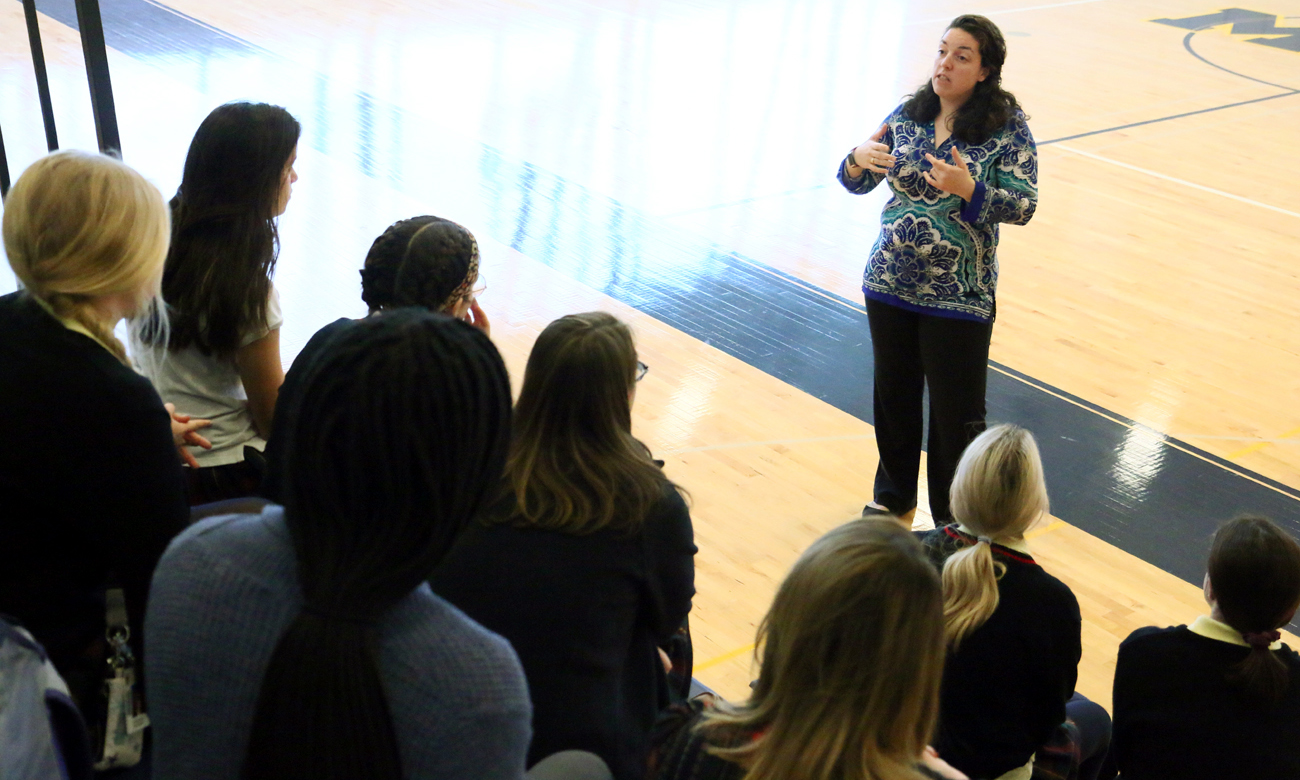 Students of Merion Mercy Academy listen to the worldwide journeys and experiences of Pennsylvania native Clare Pressimone, and how her dedication to serving people in need dovetails with Catholic Relief Services’ global mission. (Sarah Webb)

NEXT: Retiring from the service, he embarks on new service to church