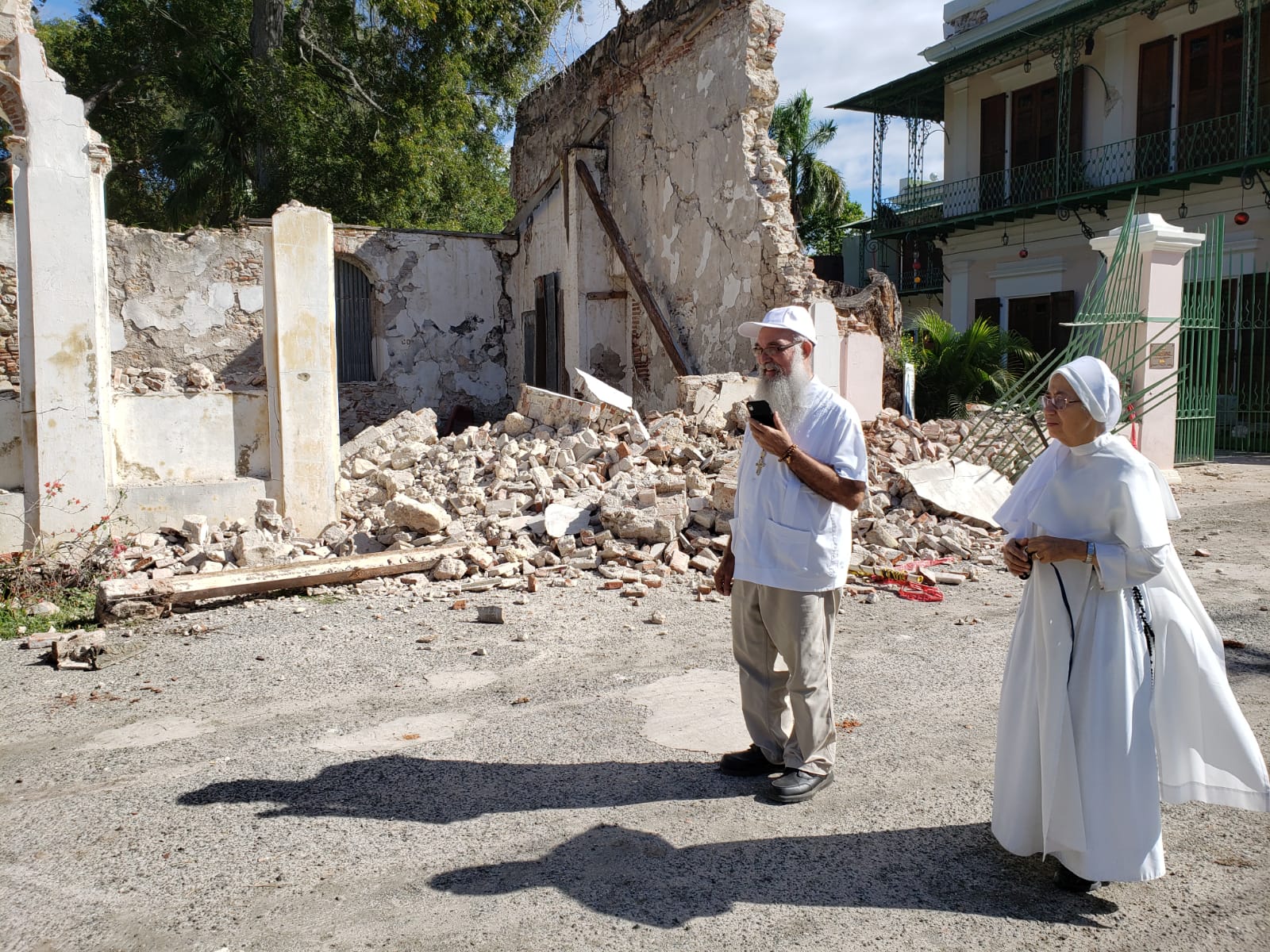 Nuns struggling to rebuild after Puerto Rico’s recent earthquakes will receive help from their friends in Philadelphia, thanks to a benefit concert that will combine praise, prayer and proceeds.

A “Concert of Hope (Concierto de La Esperanza)” will take place Feb. 12 at 7 p.m. at Holy Innocents Parish in Philadelphia. Sponsored by the Archdiocese of Philadelphia’s Office for Hispanic Catholics, the evening will feature performances by several musicians, including Catholic singer-songwriter Silvia Mariella, whose credits include CD recordings and numerous appearances on EWTN and radio programs.

During the free concert, a collection will be taken up to support the Dominican Sisters of Our Lady of the Rosary of Fatima in Guanica, near the epicenter of two particularly destructive temblors: a 6.4 magnitude quake on Jan. 7 that was followed four days later by one registering at 5.9 magnitude.

“The sister who slept in the room next to me was screaming, and I thought she would die,” said Sister of Fatima Alba Bonilla, whose order’s buildings were heavily damaged. “We ran out to an image of Our Lady on the convent grounds and prayed the rosary until daylight.”

Those fears and prayers were shared by a number of her friends in the Archdiocese, where Sister Alba served for more than a decade, working at St. Veronica Parish in Philadelphia and the former Our Lady of Fatima Parish (now part of St. Charles Borromeo Parish) in Bensalem.

Founded in 1949 by Madre Dominga Guzman Florit, the order is the first Puerto Rican congregation of sisters, with a mission “to bring Christ to the family and the family to Christ.”  Some 120 members now serve the island through social work, vocational training and outreach to women with addictions – all informed by a deep devotion to the Eucharist and to Mary.

“She’s influenced my outlook on music ministry, and she was my first guitar teacher,” said Morales, who will provide guitar accompaniment at the concert. “So to have this chance to give back to her in the way I know how, through music, is something I’ll really cherish, and I will do my best to continue to make her proud.”

The back-to-back January earthquakes were part of a series that has continuously shaken the island since Dec. 28, 2019. On Jan. 29, the U.S. Geological Survey (USGS) released a report stating that “aftershocks will persist for years to decades,” and that the island will experience “earthquakes … on a daily basis for up to several months.”

Some temblors could be as intense as those on Jan. 7 and 11: the USGS estimates that the island has at least a 25% chance for another magnitude 5 or higher quake within the coming three to 10 years. 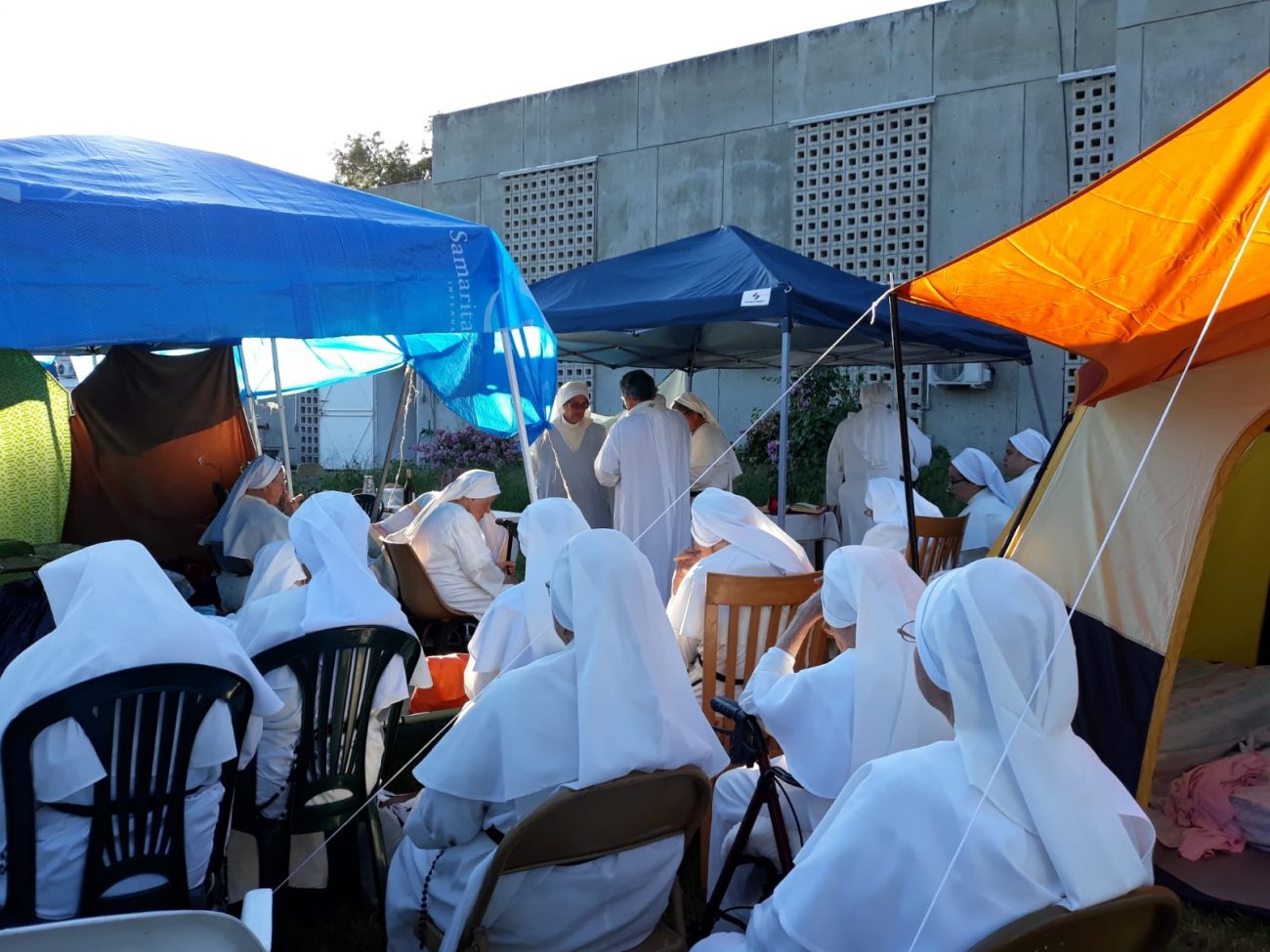 Dominican Sisters of Fatima attend Mass at a makeshift chapel following a Jan. 7 magnitude 6.4 earthquake near Guanica, Puerto Rico. The congregation’s convent complex was heavily damaged by the quake, which was followed by a 5.8 temblor on Jan. 11. (Photo courtesy of Dominican Sister of Fatima Alba Bonilla)

That’s somber news for the U.S. commonwealth’s 3.2 million residents, who are still recovering from 2017’s Hurricanes Irma and Maria, the latter of which severely damaged the island’s infrastructure.

Speaking to CatholicPhilly.com via telephone on Jan. 15, Sister Alba said that while several of the convent’s ill and aged sisters had been moved to other locations, she and 12 fellow religious had been sleeping in tents.

“You can’t even go inside of our motherhouse now; it’s not safe at all,” said Sister Alba, noting that the historical building dated to at least the 19th century, when it was used to house military officers during the Spanish-American War.

Sister Alba said National Guard members manage to extract the heavy automated baking machines the nuns use to produce communion hosts. An engineer on site to evaluate the building structures retrieved the tabernacle, since “he knew how important it is to us,” she said.

“I don’t know where in the world that man got his strength,” Sister Alba said, adding that five men were needed to safely reposition the tabernacle in one of the more stable structures at the complex.

“We have a little open air chapel, and we have Jesus there with us,” said Sister Alba.

Engineers continue to comb the island’s affected areas to identify structural damage; however, assessing the psychological effects of the disasters is a less straightforward task.

“People are so emotionally affected,” said Sister Alba, with some of the elderly sisters “still trembling.”

“People are still struggling with the fear of the monster that was Hurricane Maria,” said Thillet, who survived the Jan. 7 quake while visiting family in Puerto Rico. “They didn’t get what they needed in response to that disaster, and now this comes upon them.”

Thillet — who also conducts the Archdiocese of Philadelphia’s Hispanic Choir (Coro Hispano) – credited her strong faith with enabling her to remain calm during the quake.

As “everything was moving” in her mother’s house on Jan. 7, Thillet said she “invited the Holy Spirit” to take control. 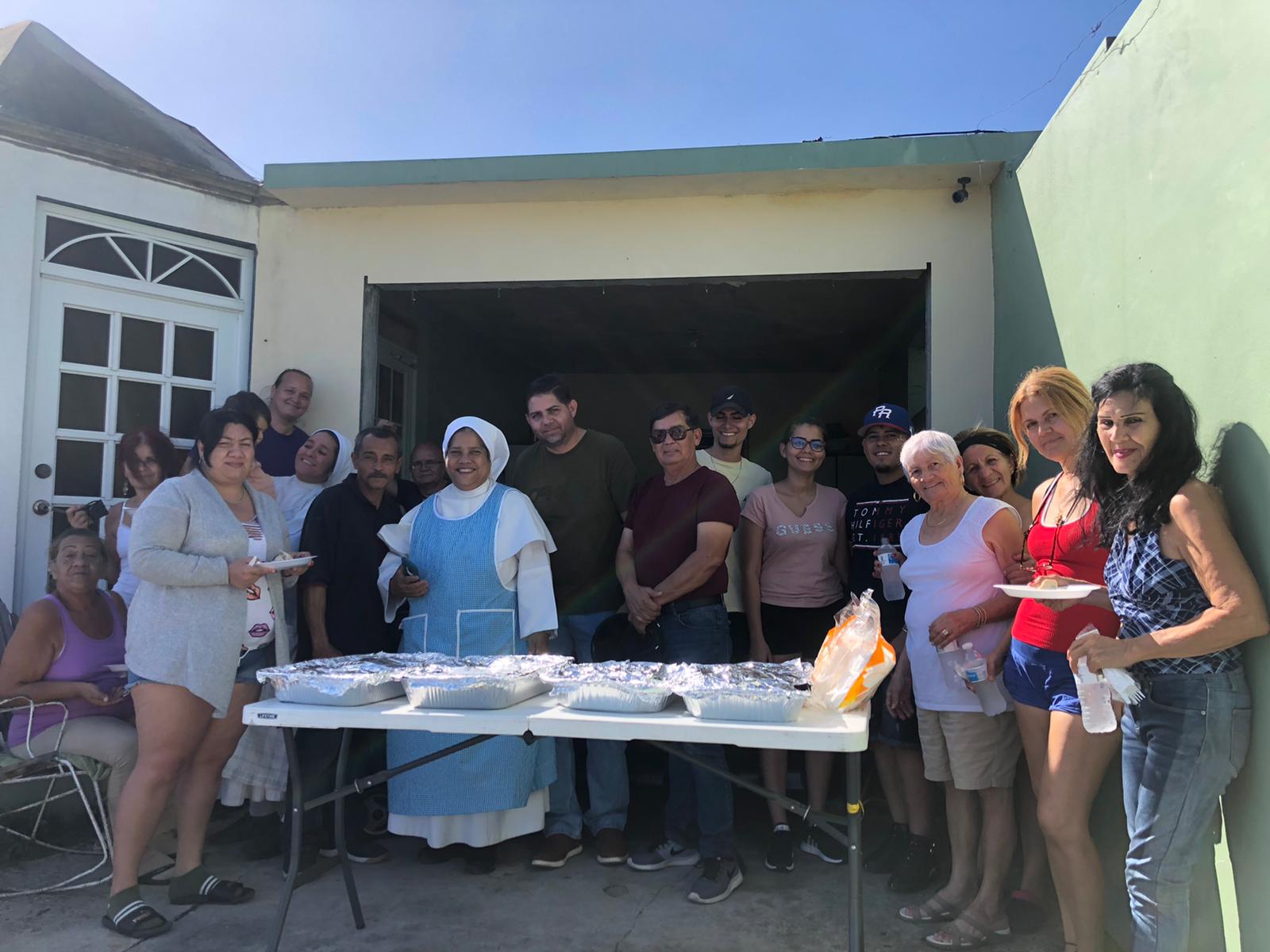 Dominican Sister of Fatima Alba Bonilla serves food to area residents after a Jan. 7 magnitude 6 earthquake struck near her convent in Guanica, Puerto Rico. The quake, which heavily damaged the congregation’s complex, was followed by a Jan. 11 temblor of magnitude 5.9. (Photo courtesy of Dominican Sister of Fatima Alba Bonilla)

“I prayed, ‘Give me what I don’t have, because I need you so that I can function,’” said Thillet. “I told my mother and a friend who was staying with us, ‘Pray, pray, and remain calm. Everything will be all right.’”

When the shaking subsided and they managed to leave the house, Thillet was struck by the panic among her elderly neighbors.

“You could see in their eyes, in their faces, that they were totally lost,” said Thillet, her voice breaking. “Remembering those faces, and their eyes of wonder and uncertainty and fear of what would happen next, is still difficult.”

Yet as they continue to grapple with the disasters’ aftereffects and with the continued temblors, residents have shown remarkable resilience, said Thillet.

Sister Alba said that she and her fellow religious have continued to minister to their neighbors amid the rubble.

“We went up into the mountains to distribute supplies, and people were happy to see us,” she said. “Some hadn’t had a bottle of water for two weeks.”

For Thillet, such determination is part of what it means to be from Puerto Rico.

For more information on the Concert of Hope (Concierto de la Esperanza), visit the Facebook page for the Archdiocese of Philadelphia’s Office for Hispanic Catholics or call 215-667-2820.