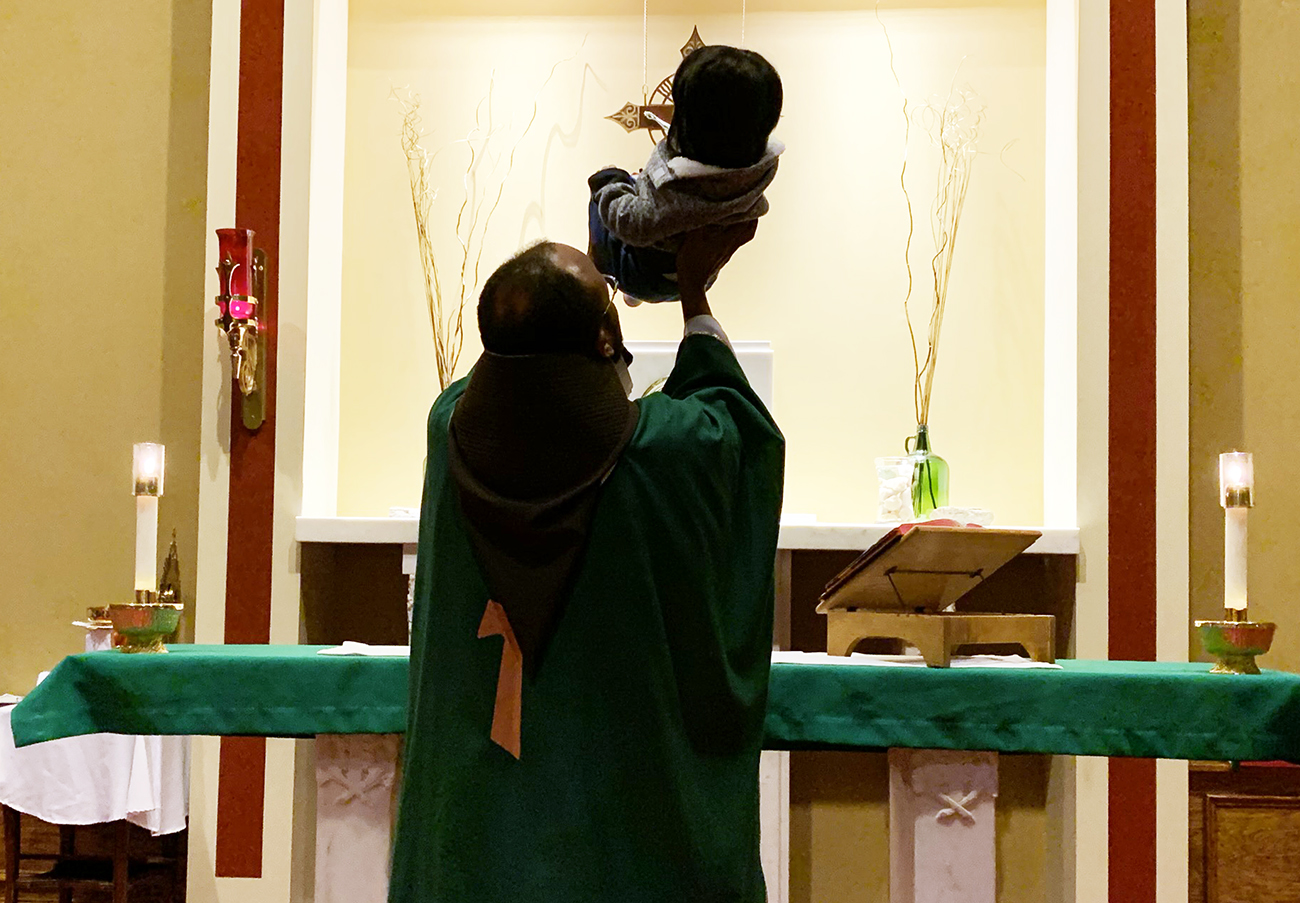 Father Reynaldo Frias-Santana, O.F.M.Cap., presents an infant before the altar during a Jan. 15 Mass celebrated at the Padre Pio Friary in the Frankford section of Philadelphia. The friary partners with archdiocesan Catholic Social Services to provide an array of family and parenting resources. (Photo by Gina Christian)

A few weeks before the church celebrated Christ’s presentation in the Temple, some 100 faithful in the city’s Frankford section “got a little glimpse of what Jesus, Mary and Joseph experienced,” according to one Capuchin friar.

Brother Andrew McCarty and his fellow Capuchins at the Padre Pio Center invited area families to a Jan. 15 evening Mass, where infants were formally presented before the altar and the community.

The Capuchin Franciscan order purchased the former St. Joachim Parish convent in 2016, converting the building into a friary and prayer center. Through a partnership with archdiocesan Catholic Social Services (CSS), the center offers parenting classes, diaper assistance, activities and resources.

That same commitment to supporting neighborhood families was reflected in the infant presentations, said Brother McCarty, noting that that tradition “helps us to better understand our Catholic spirituality and theology by recreating the presentation in the Temple.”

Lifting an infant before the altar is an act of thanksgiving, he said. 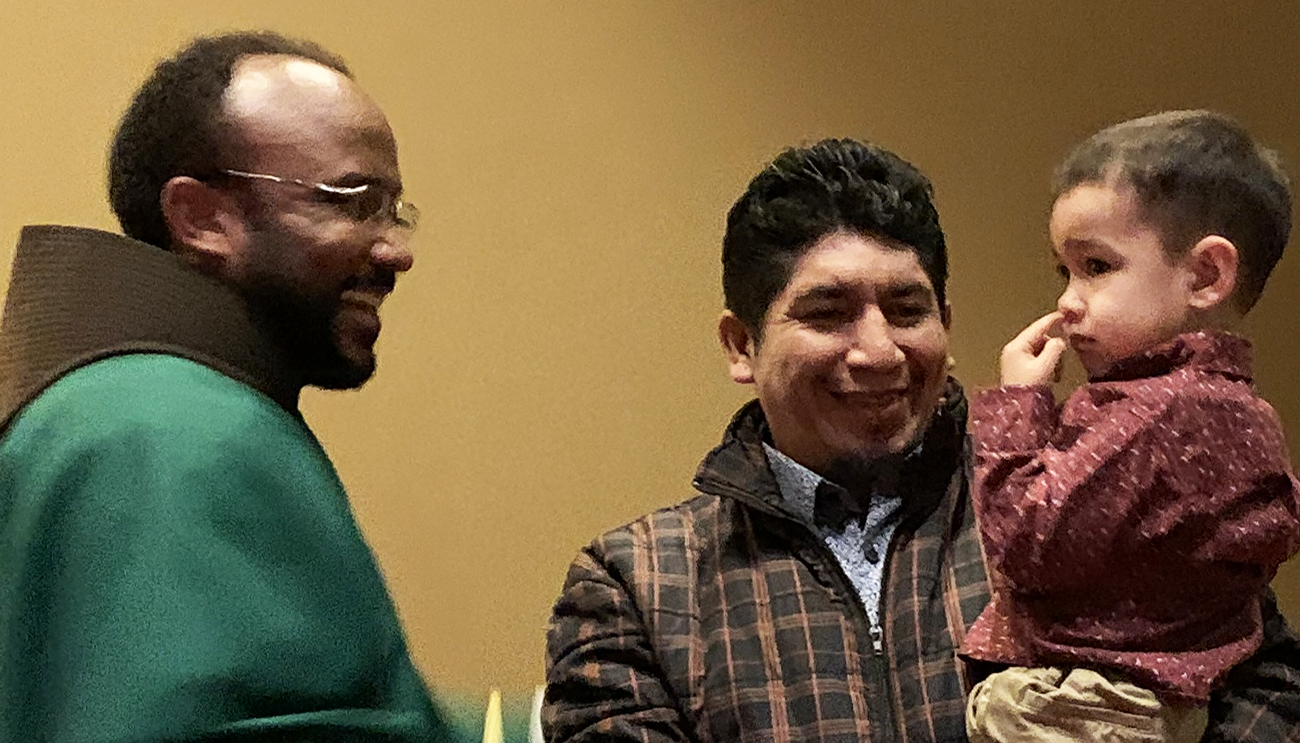 Father Reynaldo Frias-Santana, O.F.M.Cap., speaks with a father and son after a Jan. 15 Mass at the Padre Pio Friary in Philadelphia, where area infants were blessed and presented before the altar as a sign of welcome. (Gina Christian)

The tradition is a favorite among Hispanic Catholics, he added.

The Jan. 15 Mass invited a new generation to carry on and spread the tradition, as some 20 students from Southern Connecticut State University attended the liturgy during an annual mission trip to the Padre Pio Center.

“This was the first time I’ve seen this presentation,” said senior Rose Giannicchi. “You can see there’s a real community of faith, and how strong it is here among the people.”

Celebrant and Capuchin friar Father Reynaldo Frias-Santana — who blessed a number of infants and toddlers at the Mass – urged those in attendance to “be fully present where you are at.”

“Be kind, and be grateful,” said Father Frias-Santana. “This is the only moment God gives us.”