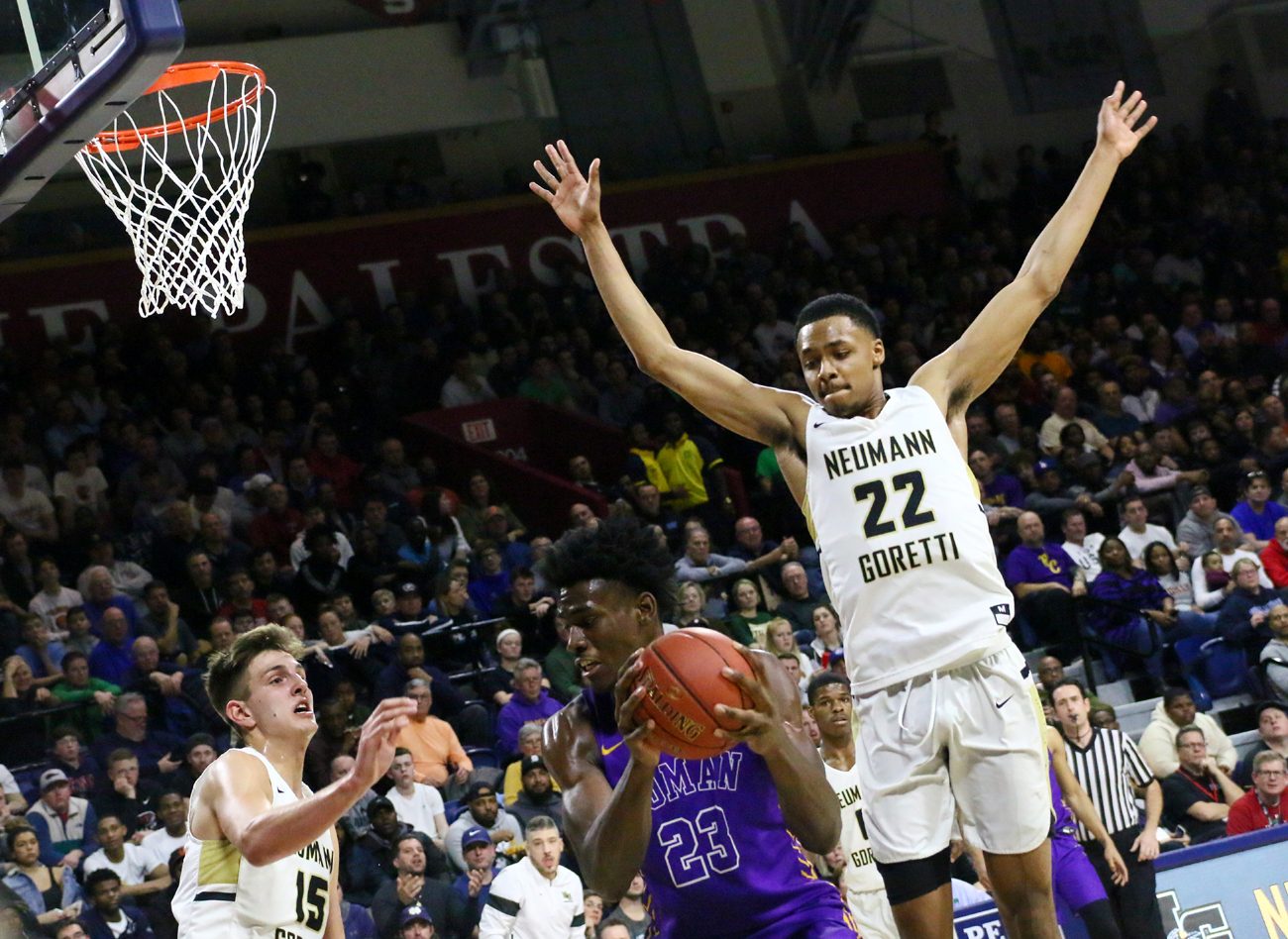 The Saints of Neumann-Goretti swarm a Roman Catholic ball handler during the Catholic League boys' basketball championship Feb. 24 at the Palestra. Neumann-Goretti emerged with a 66-58 win. (Photo by Sarah Webb)

Neumann-Goretti had just defeated Archbishop Ryan to advance to the Catholic League championship. Junior Blaise Vespe was celebrating with his team and thrilled the Saints had advanced. Deep down, though, he was upset with himself.

“I didn’t play well,” said Vespe. “I wasn’t happy with myself at all. The guys around me picked me up by their play. I was so glad my performance didn’t hurt us in the end.”

Five nights later at the Palestra — Feb. 24 to be exact — Vespe felt a lot better. 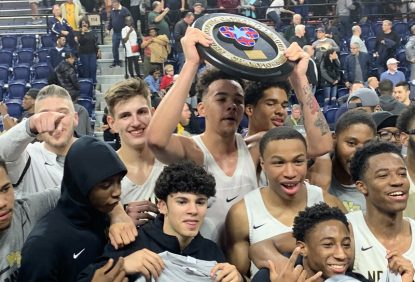 It was the type of gritty performance that makes 22-year Saints coach Carl Arrigale particularly pleased.

“The three pointer and block were really big,” said Arrigale. “He’s a hard worker. He was a little down on himself with how he played at Ryan. He stayed with it and came through. His contribution tonight was very important.”

The Saints led 33-25 at halftime, but ignited by sophomore Justice Williams, sophomore Jalen Duren, and senior Lynn Greer III, the Cahillites outscored the Saints by 22-10 and led 47-43 with 7:28 remaining in the fourth quarter.

A few blinks later, the Saints had meticulously taken control, a 12-0 spurt that gave them a 55-47 lead with 2:17 left. N-G ultimately outscored Roman by 23-13 in the fourth quarter.

Before the game started, the Saints were confident – and very prepared.

“We were just telling ourselves that this is the last game for the PCL,” said Vespe. “We just had to give it our all, leave everything on the floor, and go home with no regrets.

As for Arrigale, the likeable mentor garnered a Catholic League-record 11th title, one more than former Roman coach Dennis Seddon.

“It’s never been about me, but I was starting to wonder if I was ever going to get that 11th one,” said Arrigale with smile. “It’s definitely a weight lifted off my shoulders.

“I don’t think it will hit me until later because I was so geared up from wanting these guys to win. Someday, maybe March – and late March preferably – I’ll have the opportunity to reflect on it. It means I’ve coached a lot of good players and I’ve had a lot of help.” 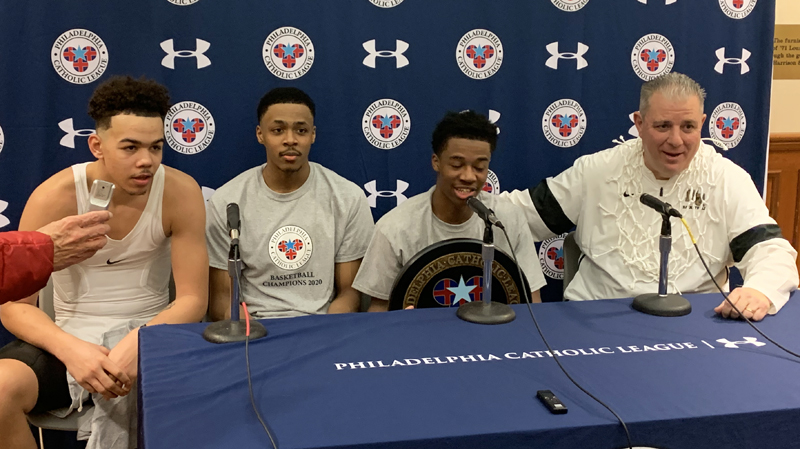 PREVIOUS: Girls’ title game an instant classic, by any definition