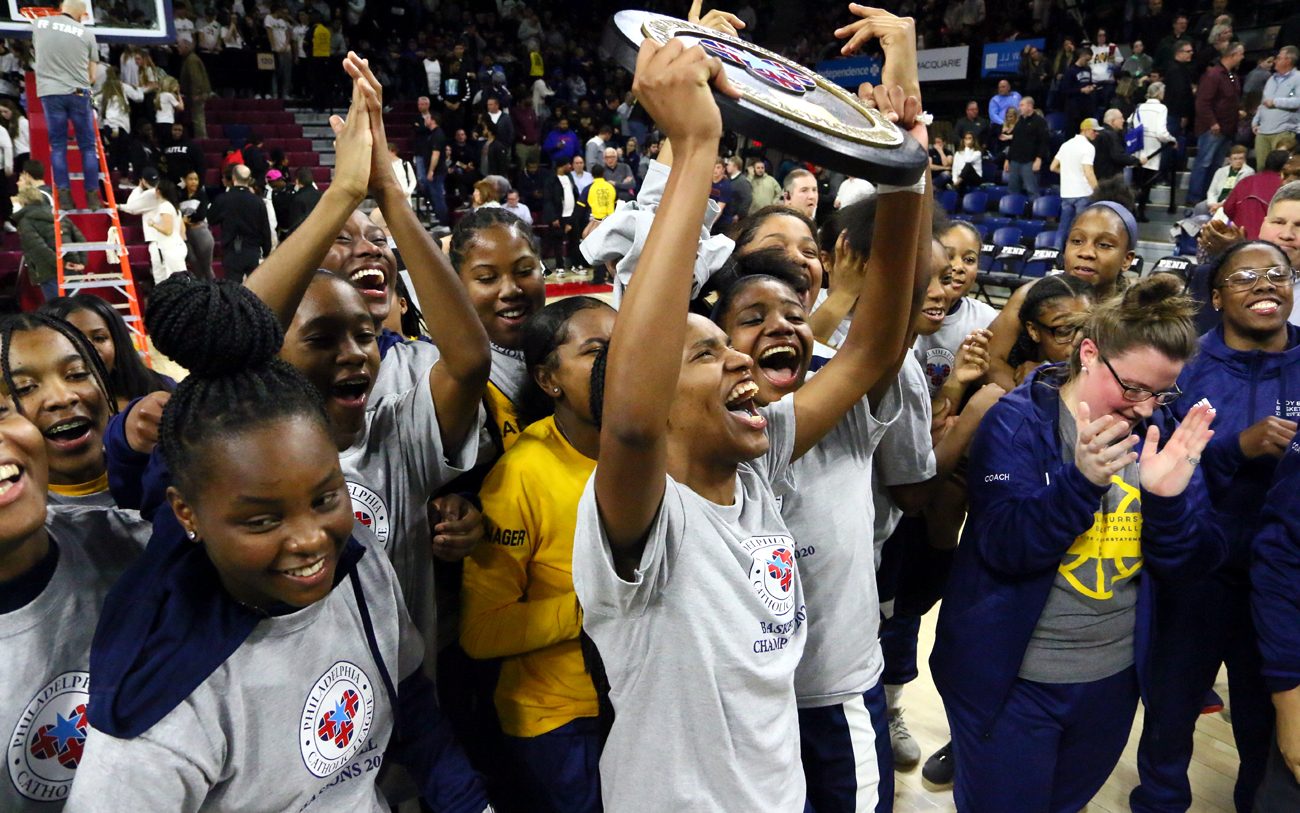 The word “classic” sometimes seems trite. To truly encompass its definition, an event should be memorable for many years to come. Perhaps almost unforgettable.

Thus, with its 11 lead changes and eight deadlocks, the Catholic League girls’ basketball championship Feb. 24 at the Palestra was absolutely a classic.

When the buzzer sounded after five periods and 36 minutes of non-stop action, West Catholic had acquired the championship plaque for the first time since 1998 after edging Archbishop Wood, 65-60, in overtime. The Burrs’ team and fan celebration at the conclusion of the two-hour battle reflected part ecstasy, part shock, part relief.

“The West Catholic school community is like no community I’ve ever seen,” said West coach Beulah Osueke. “In addition to the school community, I feel like we represented a certain portion of Philly. I really do.”

A Houston, Texas native, Osueke became the first-ever African-American coach – male or female – to win a Catholic League basketball championship in the league’s 101 years of existence. 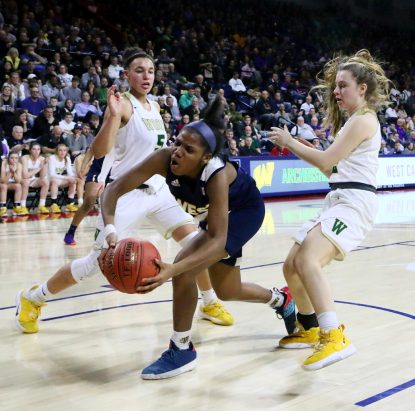 Osueke, however, preferred to focus on a Burrs team that appeared to be headed toward a forgettable campaign as late as Jan. 21. West had just lost to Archbishop Carroll and fallen to 3-4 with the toughest part of its schedule still remaining.

Incredibly, the Burrs didn’t lose the rest of the way. They won their final five regular-season games – including a 66-56 victory over top-seed Archbishop Wood, the Vikings’ only league loss – and as a three seed, upended six-seed Bonner-Prendergast and two-seed Neumann-Goretti to reach the final.

Once there, the Burrs seemed right at home, grabbing an early 8-0 lead and a 19-10 advantage after one quarter.

“We were ready,” said junior Destiney McPhaul. “We were so happy when the game started. We couldn’t wait to get started.”

McPhaul was, in a word, brilliant. The first-team All-Catholic buried key shot after key shot, none more integral than her two free throws that tied the game at 56-56 with 8.2 seconds remaining.

Aided by shooting 7 for 8 from the foul line, McPhaul finished with 30 points – 11 in a pivotal fourth quarter – and five rebounds. 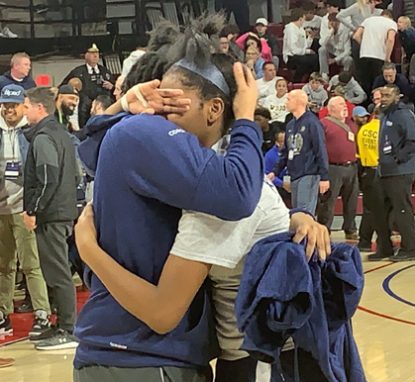 “We knew they are a good team and we had to play our best,” said Robinson. “Basketball is going to be a game of runs. You can’t get down on yourself. They started making runs, but we can make runs.”

On Thursday night, West Catholic defeated Imhotep and snared its fourth District 12 championship in five years. On Friday morning, the Burrs were hosted by television station Fox 29. Could the whirlwind get any better?

“We want to win the state championship,” said McPhaul.

It would be foolhardy to bet against West Catholic. 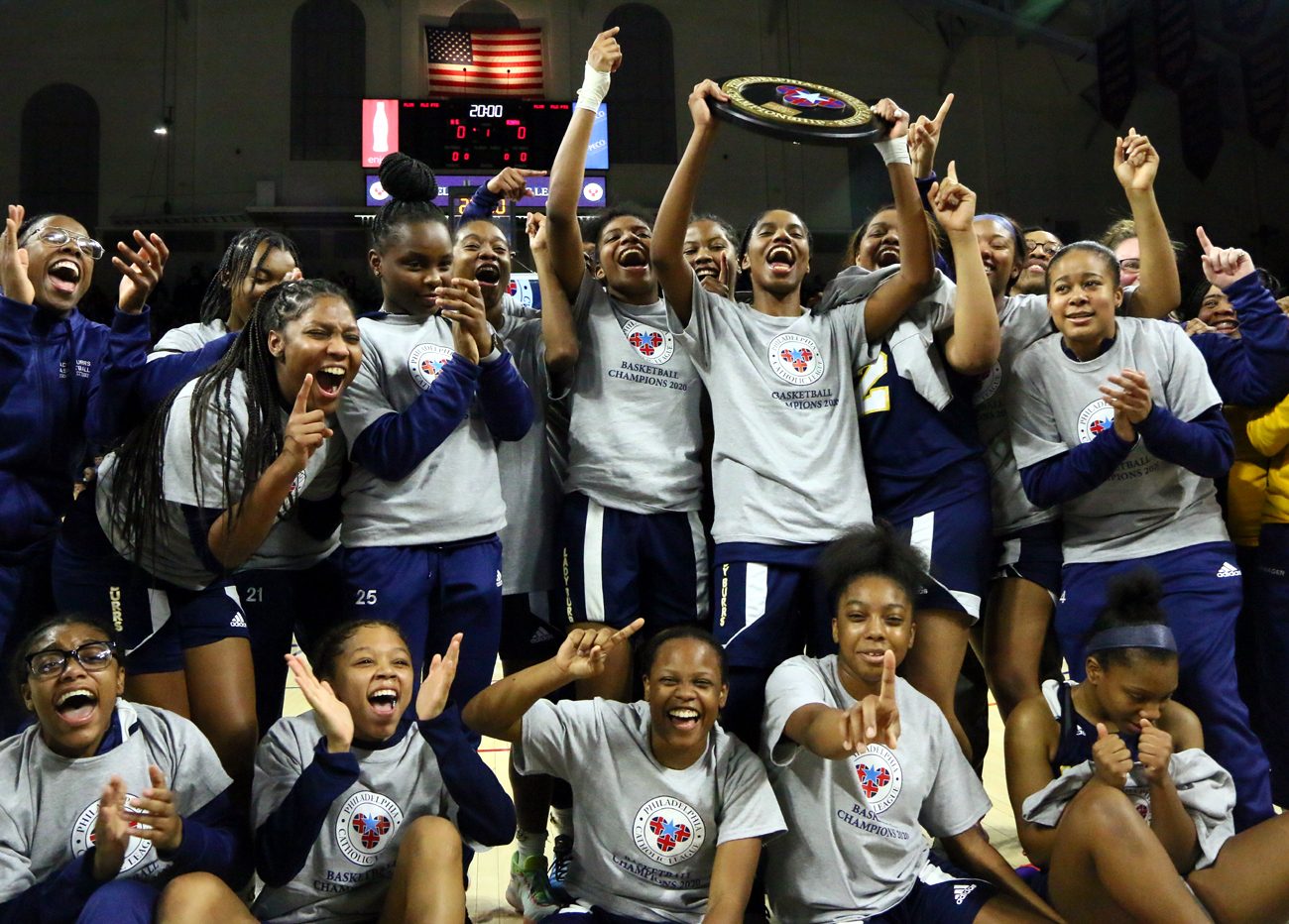 NEXT: With grit, Neumann-Goretti earns first league title in 6 years