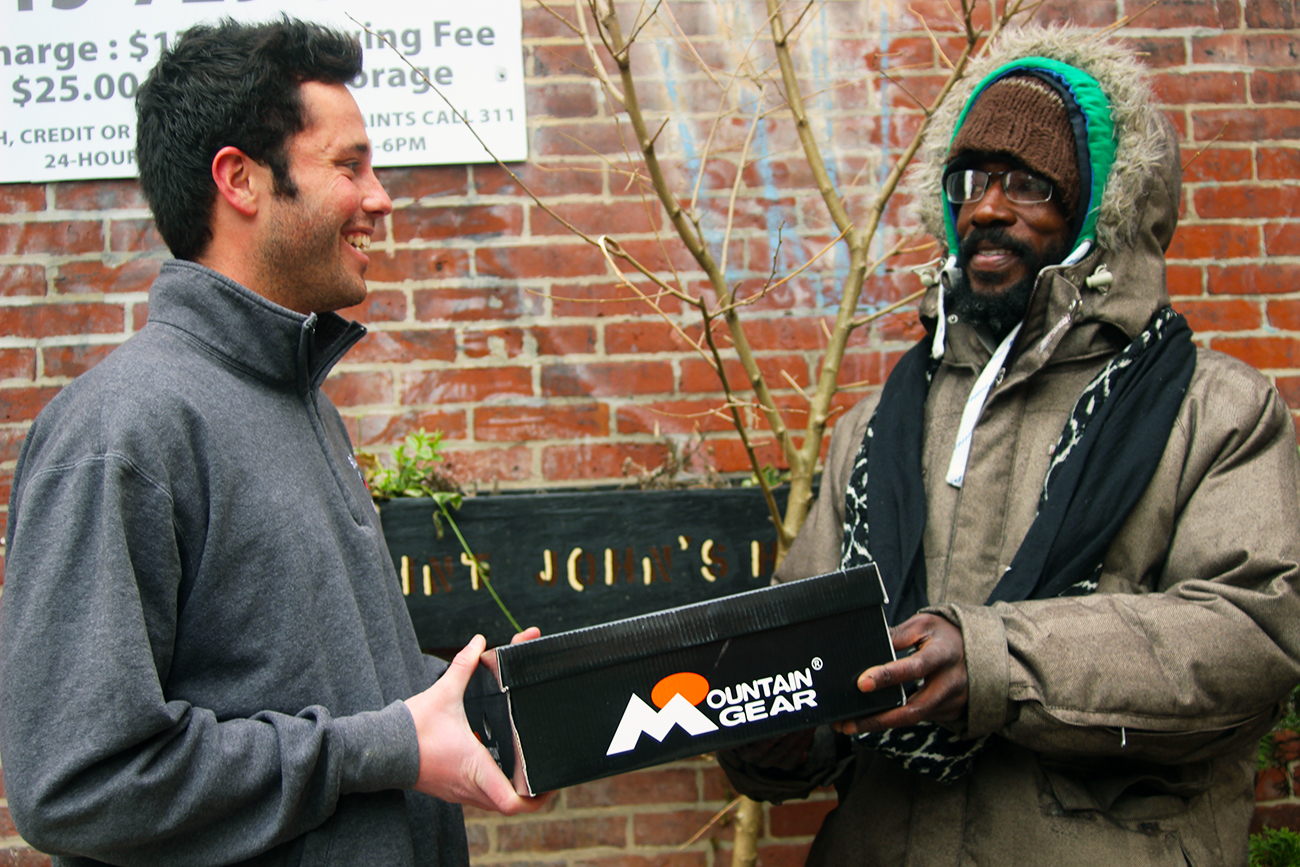 Martin Farrell (left), director of development and community relations for St. John’s Hospice, presents a pair of boots to Nas, a client of the archdiocesan outreach, which annually serves hundreds of men experiencing homelessness. (Photo by Gina Christian)

Philadelphia may have enjoyed a mild winter, but for those who live on the street, the need for sturdy footwear is year-round.

Every February, the hospice launches its Boot Drive to address a critical and largely overlooked need among its clients.

“A lot of times, guys come in with no shoes on their feet,” said Elizabeth Small, SJH’s community relations coordinator.

A 2016 study found that up to two thirds of those experiencing homelessness suffer from a range of foot health issues, including pain, limited mobility, frostbite, gangrene, and trench foot (or immersion foot), which occurs when feet are wet for long periods of time.

Chronic diseases such as diabetes and high blood pressure can compound these issues, as can lack of proper footwear and even embarrassment over one’s foot condition. 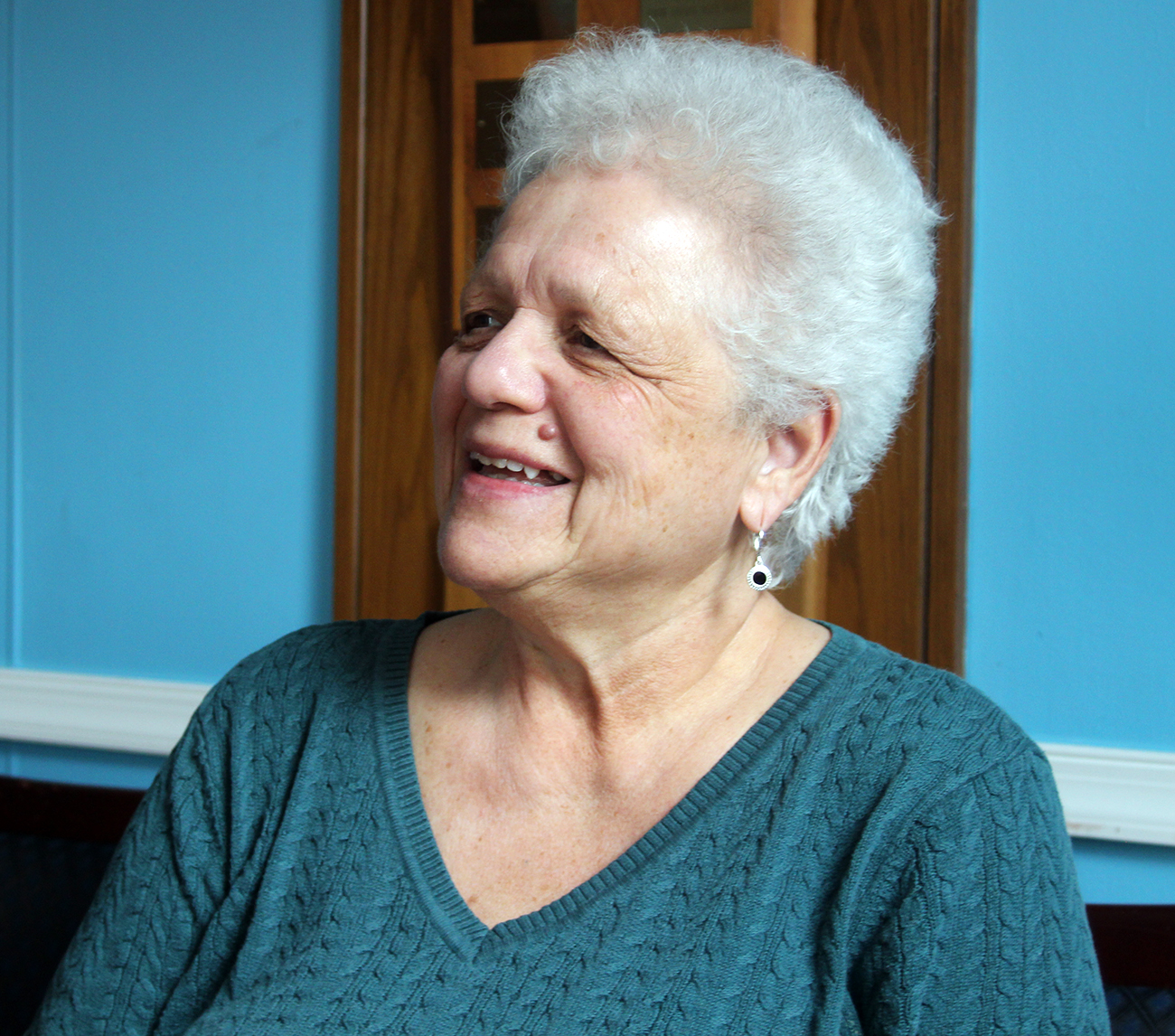 Anne Marie DiCesare, a program secretary at St. John’s Hospice, donates boots in her parents’ honor to help clients served by the archdiocesan outreach to men experiencing homelessness. The gift provides “angels” to those walking the streets, she said. (Gina Christian)

“If their feet hurt, it’s going to lead to all kinds of other problems,” said Farrell.

For every gift of $25 to the drive, SJH will provide clients with a set of boots, socks and underwear. The campaign, part of the hospice’s annual appeal, runs until June 30, with surplus funds being directed to the facility’s general operating costs.

SJH program director David Stier said the drive reflects the spirit of a beloved saint who knew the streets of Philadelphia well.

“When St. John Neumann had no money to offer the poor, he gave them the shoes off his feet,” said Stier.

“I donate in memory of my parents,” she said, noting that her mother had regularly brought her as a child to volunteer at St. John’s. “So if a guy’s walking with a pair of boots, he’s walking with my mother and father. They’re like angels to him as he’s walking the streets.”

From her work in prison ministry, DiCesare also knows that those reentering society after incarceration — who are at greater risk for homelessness — often do so “without shoes, or only with slip-on sneakers.”

Former SJH client Robert described his new boots as “the greatest gift (he) could ever have received.”

For Karl, who is a resident in the hospice’s Good Shepherd Program for medically fragile men, the footwear is a powerful sign of hope and compassion.

“People who make sure you’re prepared down to the boots on your feet – that is what will get us down every street we walk through in life,” he said. “No words can express my gratitude towards the people who support St. John’s and Good Shepherd.”

To donate to the St. John’s Hospice Boot Drive, visit http://saintjohnshospice.org/donate-3/, select the option to donate to a designated fund, and choose “SJH Boot Drive.”