Conspiracy theories, truth and the power of a story 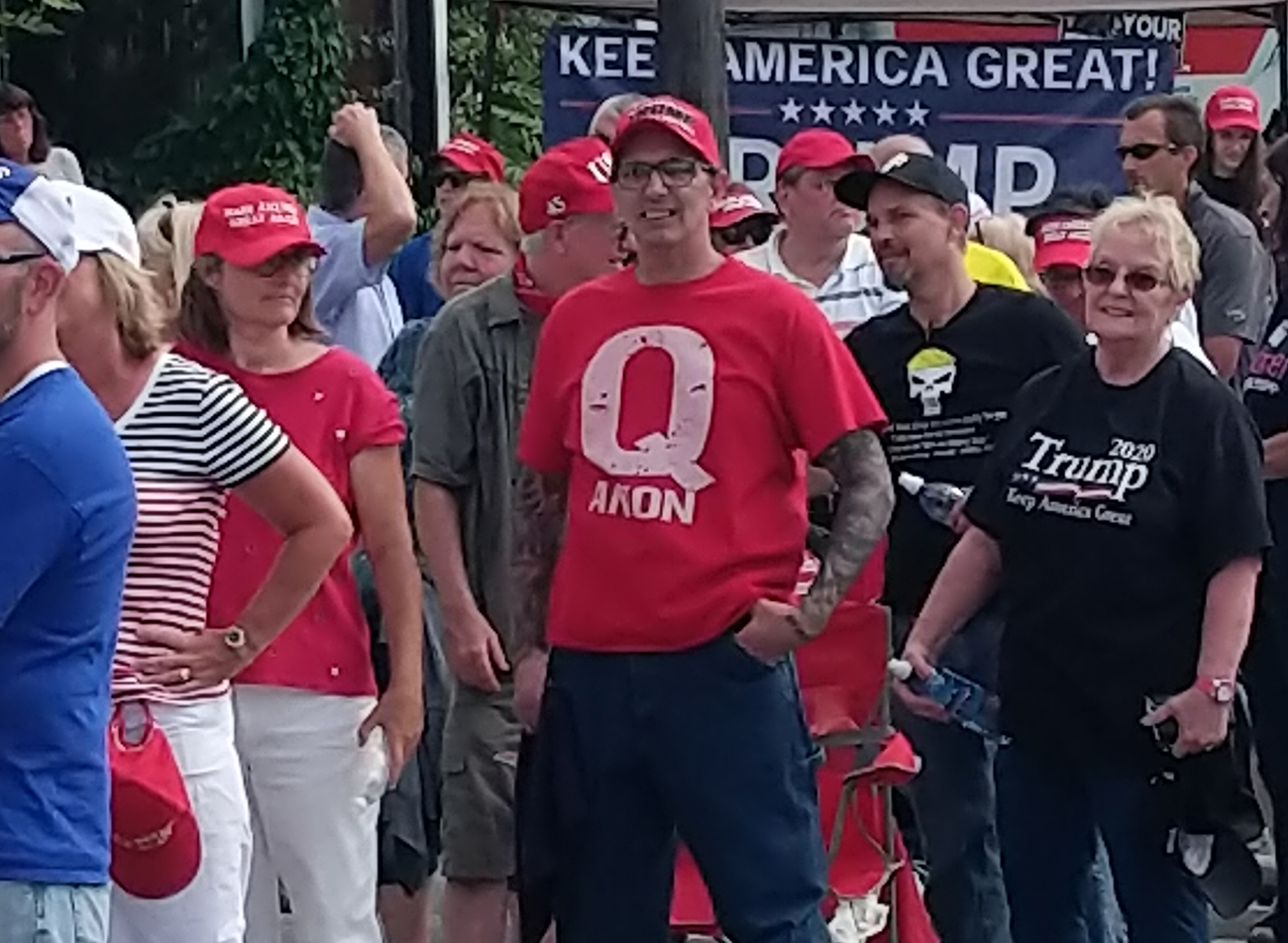 In this Aug. 15, 2019 image, an attendee at a Trump campaign rally wears a t-shirt labeled “QAnon,” the name of a conspiracy theory alleging a secret battle among U.S. political elites that will eventually result in exposure and arrests. (Marc Nozell/Creative Commons 2.0)

A popular conspiracy theory now making the rounds actually reveals people’s appetite for a good tale, according to a Villanova University instructor.

The QAnon conspiracy theory, notes Arnold, is the perfect example. Its convoluted plot contends that the Trump administration is waging a secret war against liberal politicians and elites, at least some of whom allegedly participate in a global pedophile ring and satanic rituals. According to the theory, members of the group will eventually be exposed and arrested in a round-up known as “the storm.”

An anonymous poster named Q, who claims to possess top-level security clearance, purportedly leaks details and clues (referred to as “breadcrumbs”) on fringe internet forums such as 4chan and 8chan. Followers compare the posts with tweets and other comments by President Trump, seeking to validate the theory.

Arnold, like other analysts, has observed that the online speculation has begun to have offline consequences.

“There’s been a jump up,” he said, with proponents (among them a few celebrities) displaying “Q”-labeled signs and shirts at Trump campaign rallies, along with the Q-insider acronym “wwg1wga,” short for “where we go one, we go all.”

Some adherents have also reportedly been involved in violent incidents, including an armed standoff with local police in Arizona, a suspicious California wildfire and a thwarted presidential assassination plot.

That’s all the more reason to think critically about the power of stories and our willingness to believe them, said Arnold, who regularly teaches a course on the rhetoric of conspiracy theory.

By definition, “there’s no way to prove almost any conspiracy theory,” said Arnold. “A lot of (the information) is very general, which allows people to key in their own values on top of it.” 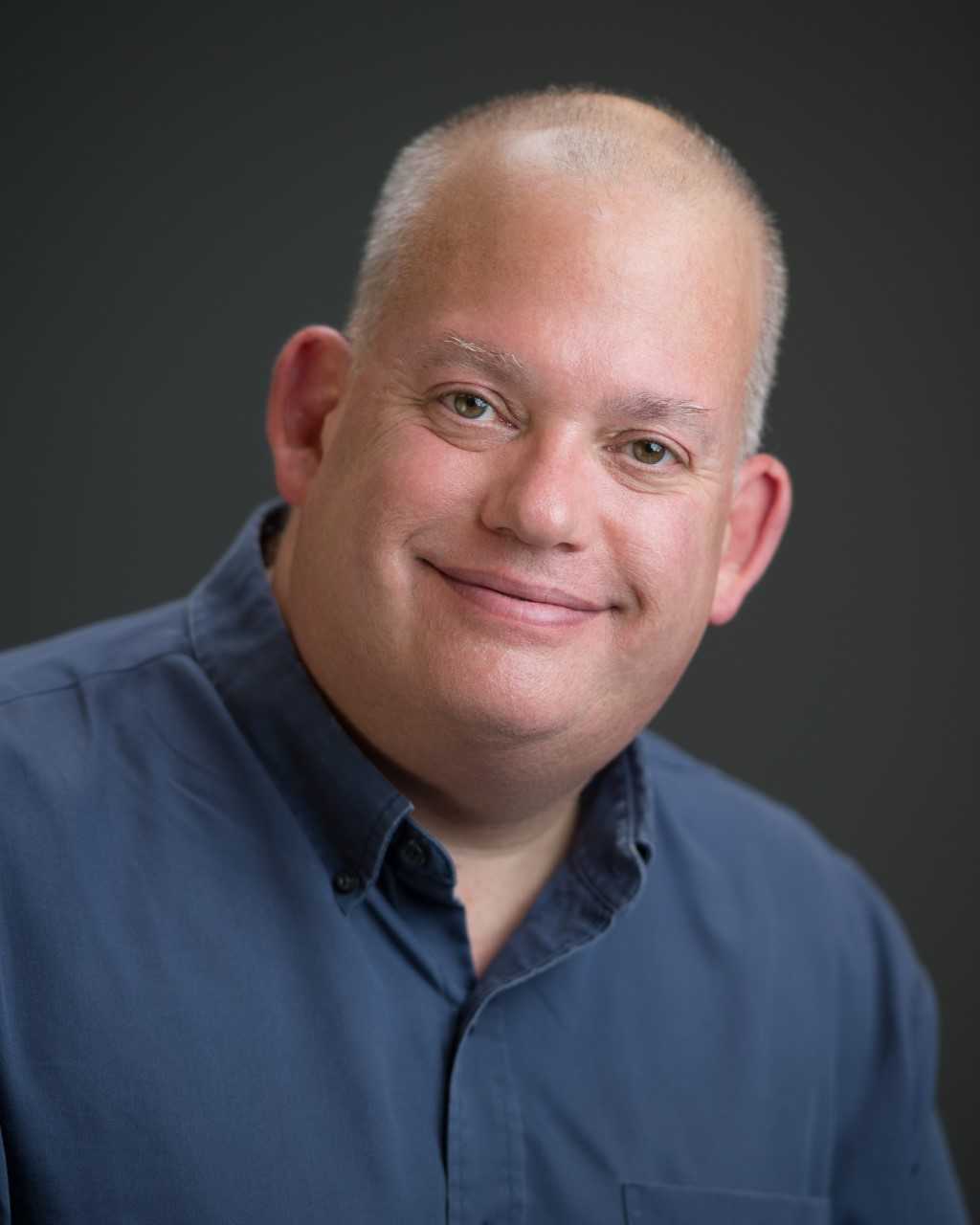 Derek Arnold, a senior lecturer in communications at Villanova University, says that conspiracy theories ultimately reveal more about the power of a good story than any cover-up. (Photo courtesy of Derek Arnold)

Another compelling feature of such theories is their focus on the struggle between good and evil, he said. QAnon in particular frames that battle by “specifically using religious imagery,” said Arnold.

“Satanic cabals, terms like ‘the storm’ and ‘the great awakening’ – I don’t think that’s unintentional,” he said.

Arnold also observed that such theories enable believers to grapple with a perceived “lack of control in their lives.”

“People tend to like the idea that somebody seems to have their act together,” he said. “Even if they’re bad guys, we think, ‘Well, at least somebody’s able to get something done,’ or ‘They know what they’re doing, even if we don’t see what’s coming.’”

Such theories also thrive in an environment of 24/7 news, Arnold observed.

“To sustain that cycle, you have to have much more content,” he said. “And to make yourself heard, you need to be more radical to cut through the clutter.”

The ability to stand out is vital for the bottom line of a media outlet, he added, since “if it’s entertaining and readers or viewers follow it, that means eyeballs and clicks, and it drives advertising.”

Despite sensationalism and inaccuracy, Catholics shouldn’t be afraid to follow the news or to use social media, said Arnold.

“The Catholic Church has been very forthcoming in its documents on the internet and social media, which are seen as gifts that should be embraced,” he said. “They’re neutral tools that can be used for great things.”

If anything, Catholics have “an advantageous position” with respect to modern communications, he said.

“Fortitude and courage are necessary here; we can’t misuse these tools,” said Arnold. “Stand up for truth in the face of moral relativism and consumerism, and avoid pandering to those values.”

As for QAnon and other conspiracy theories, “there’s usually some kind of end game,” he said.

“When there are no results, it sours,” said Arnold. “When people are looking for liberal elites to be arrested and encamped, and it doesn’t happen, people will become impatient.”

Like a Hollywood sequel, he added, the story “won’t entirely go away, but it will be reinvented.”

NEXT: Students show they know their faith at religion bee