Unity of Mass comes to Spanish-speaking Catholics at home 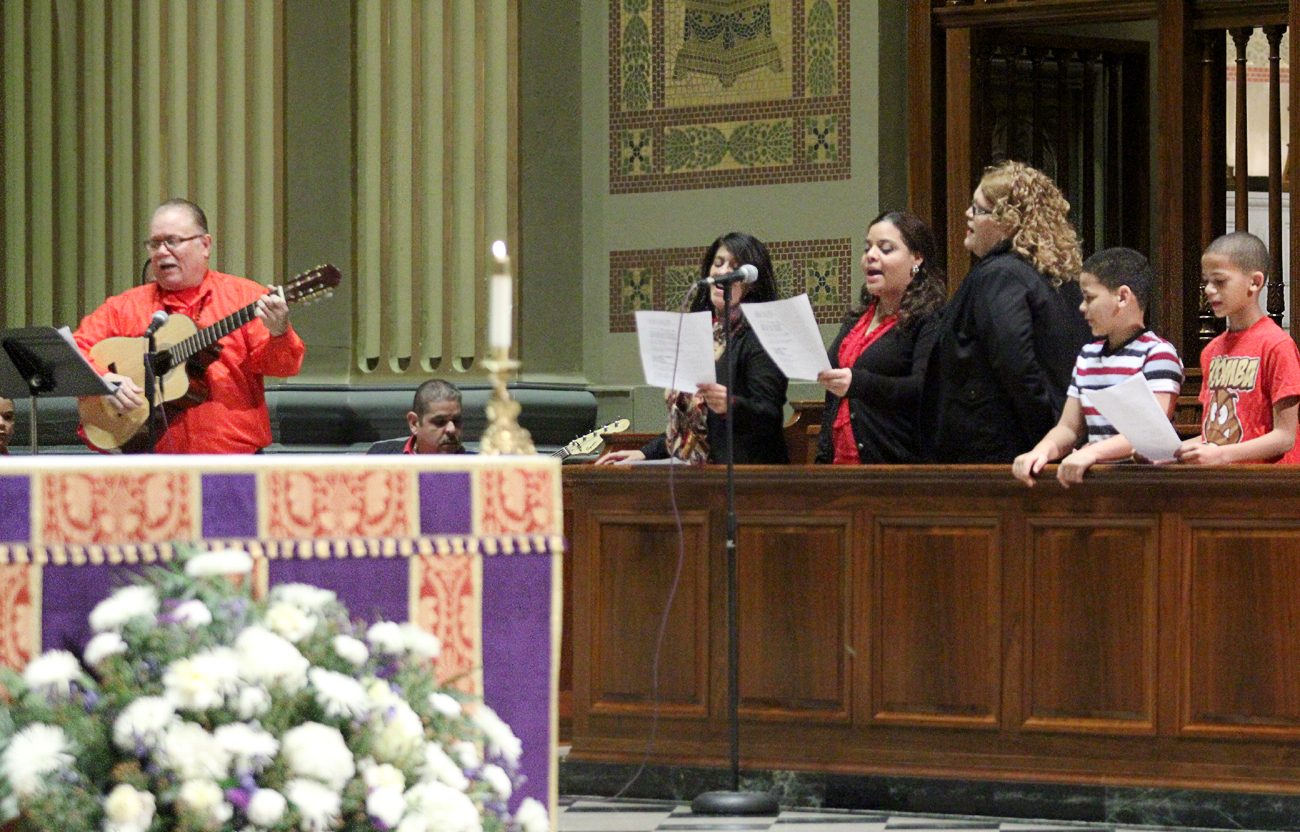 Singers and musicians volunteer their talents for the taping of the Mass in Spanish. (Photo by Sarah Webb)

In normal times, participating in Catholic Mass via television does not satisfy one’s weekly duty, except for dire circumstances, or for shut-ins who for age or illness cannot attend and are excused.

These times of the coronavirus pandemic are anything but normal, and since public Masses will not be celebrated anytime soon, Catholics in the Archdiocese of Philadelphia do not have the obligation to attend Mass.

For shut-ins the Sunday Masses sponsored by the Archdiocese of Philadelphia weekly on WPVI Channel 6, EWTN or other sources give solace, at least if they understand English.

It is really the brainchild of local Hispanic lay leader Jorge Ignacio Fernandez, a member of Our Lady of Guadalupe Parish in Buckingham, and it has been telecast in Spanish for the past 11 years now through Univision 65 and UniMas.

The telecast very nearly hit a speedbump recently when Univision proposed a dramatically increased fee for airing the program, but they relented because it truly is a public service to Univision’s Hispanic audience.

Fernandez works closely with the archdiocesan Office for Hispanic Catholics. Taping sessions of four or five Masses, depending on the number of Sundays in the month, are done monthly at the Cathedral Basilica of SS. Peter and Paul.

The Office for Hispanic Catholics provides the priest celebrant, lectors, choir and congregation. The office also make viewing of the Mass available anytime on its Facebook page, facebook.com/hispanosphilly.

As with the archdiocesan English-language Mass that is televised at 5:30 a.m. on Channel 6, “La Misa Televisada en Espanol” is actually taped well in advance.

“The Mass has to be done in half an hour so the homily can’t be more than three minutes,” Fernandez explained, and no one has complained about that.

Key to the production is the expert services of Dan Kearns of Kearns Media Consulting, who oversees the video production of all the major ceremonies conducted at the cathedral.

More often than not the celebrant is Father Augustus Puleo of St. Patrick Parish in Norristown, but others celebrate also, including Bishop Edward Deliman, who has been a willing participant from the very beginning.

For Bishop Deliman it is a labor of love, and he asked to stay on even after he picked up increased duties when he was named auxiliary bishop of Philadelphia.

The same can be said for Jorge Fernandez. “It’s part of my faith and an honor and a blessing for the homebound and those who cannot get to Mass,” he said.

NEXT: Ministries getting food, diapers to families during pandemic