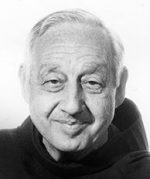 Brother Thomas Ennis, O.F.M., died Feb. 29 at St. Ignatius Nursing Home where he had lived since last year. He was 85 and a professed Franciscan friar for 54 years.

Brother Thomas was born July 6, 1934, in Williamsport, Pa. to Harvey and Bernette (née Lesher). He attended Williamsport High School and then, after working at a baked goods company and a men’s clothing store, spent several years in the United States Navy, stationed in Cuba, Florida, and South Carolina.

In 1964 he was received into the Order of Friars Minor in Lafayette, New Jersey. He professed his first vows as a Franciscan on July 15, 1965 at the novitiate in Lafayette and his final vows on July 5, 1969, in Williamsport.

Brother Thomas spent much of his religious life caring for those in need. After his profession, he was assigned to Holy Name College in Washington, D.C., where he worked in the refectory, the friars’ dining room. After spending a year at St. Francis College in Rye Beach, New Hampshire, he was assigned to St. Bonaventure University in Western New York from 1968 to 1979 as assistant infirmarian at the Provincial infirmary.

From 1979 to 1980 he Thomas lived in St. Petersburg, Florida, where he helped care for the elderly at St. Anthony Friary.

Brother Thomas moved to Philadelphia in 1980 and worked at St. Francis Inn’s soup kitchen, where he was stationed until his retirement.

He had been a member of the Knights of Columbus and was a devotee of St. Padre Pio.

Brother Thomas is survived by a sister-in-law, Dorothy Ennis, and a niece, Theresa, of Wysox, Pa.

PREVIOUS: Caregiver for 53 years at Camilla Hall dies there at 82