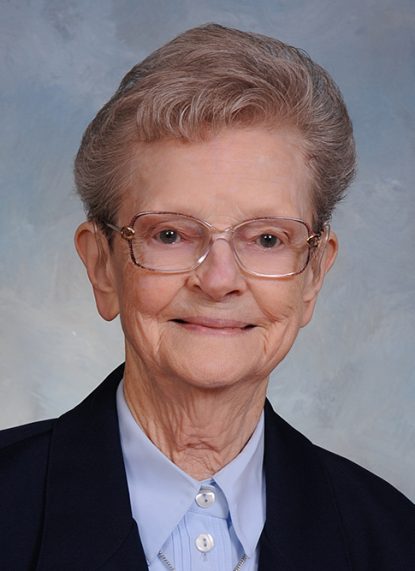 Sister Annie Frances Oman, O.S.F. (formerly Sister Margaret Patricia), age 92, died Feb. 29 in Assisi House, Aston. She had been a professed member of the Sisters of St. Francis of Philadelphia for 71 years.

During her last 12 years in the archdiocese, she volunteered at the Institute for Christian Ministries in Tacoma.

Sister Annie Frances also ministered in various dioceses in California as a teacher and in hospital ministry.

Sister Annie Frances returned to the East Coast in 2008 where she lived and engaged in local house ministry at Our Lady of Angels Convent, the congregation’s motherhouse. She moved to Assisi House, the Franciscan sisters’ retirement residence, in 2016 where she served in prayer and hospitality ministry until her death.

The funeral Mass was celebrated March 9 at Assisi House. Burial followed in Our Lady of Angels Cemetery in Aston.

In addition to Sister Margaret Oman, Sister Annie Frances is survived by her brother and sister-in-law, Peter and Joan Oman; her sister, Sister Agnes Oman; her cousins, Sisters Patricia Kidd and Maria Assunta Oman; nieces, nephews, and by her Franciscan family.

NEXT: Caregiver for 53 years at Camilla Hall dies there at 82