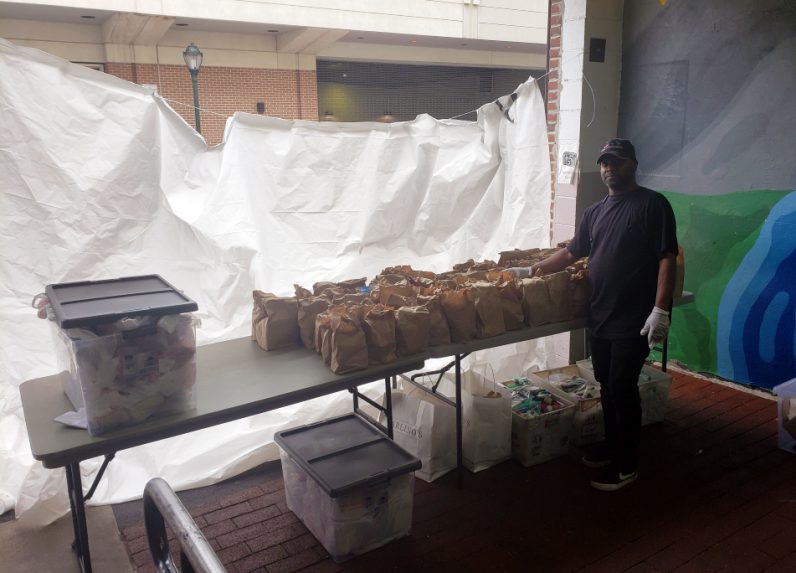 Staff at St. John’s Hospice in Philadelphia have been serving well over 300 lunches every weekday due to the closure of a nearby shelter during the coronavirus pandemic. The outreach, part of archdiocesan Catholic Social Services’s homelessness division, is looking to raise $30,000 to cover its April expenses. (Photo courtesy of Martin Farrell)

The coronavirus pandemic has tripled the demand for food assistance at one longtime archdiocesan outreach, prompting an emergency fundraising campaign to help feed some of the area’s most vulnerable individuals.

Operated by archdiocesan Catholic Social Services (CSS) and a beneficiary of the Catholic Charities Appeal, St. John’s offers residential services for more than 250 men transitioning from homelessness to independent living.

Farrell said the steep uptick in clients is a direct result of the closure of a nearby shelter, as well as area business shutdowns aimed at containing the virus’ spread.

In addition, the pandemic has exacerbated Philadelphia’s ongoing food insecurity, which rose 22% from 2012 to 2017.

As a result, St. John’s is now looking to raise $30,000 within the next week to meet its increased operating costs for the month of April. 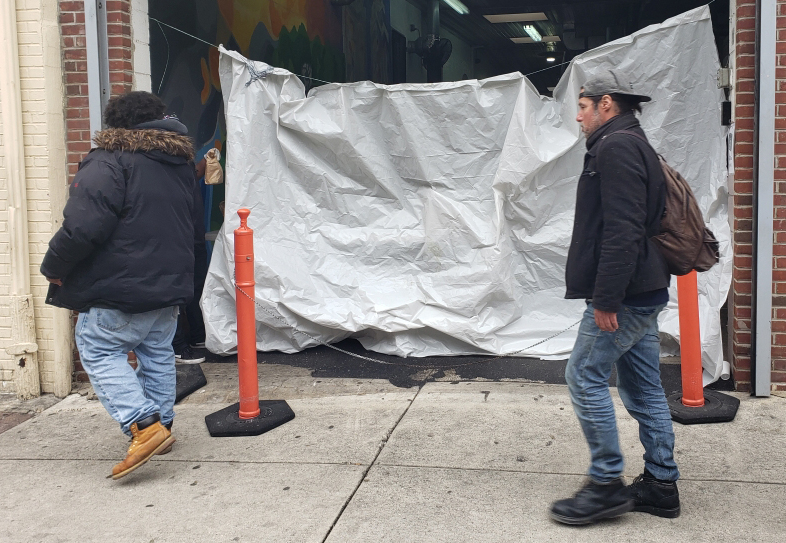 “They’re putting their money where their mouth is,” he said. “They’re giving a positive challenge to others in this time of crisis.”

Although it largely relies on donated food items, the hospice spends an estimated $6 to $8 per meal on side dishes, desserts, beverages and serving supplies, Farrell said.

He added that hospice residents have “rallied around the cause,” preparing the carryout packages in which meals are now being served to prevent possible person-to-person infection.

“These guys know what it’s like, since they’ve been in that position themselves,” he said.

The hospice, which has been in operation since 1963, provides an even greater source of stability for clients during the pandemic, Farrell noted.

“We’ve been a staple in our neighborhood for almost 60 years,” he said. “People experiencing homelessness really depend on our consistency, because consistency itself is so lacking in their lives. Because we’re still running, it gives them a sense of hope.”

PREVIOUS: Thousands learn to ‘cling to God’ in 1st night of virtual retreat