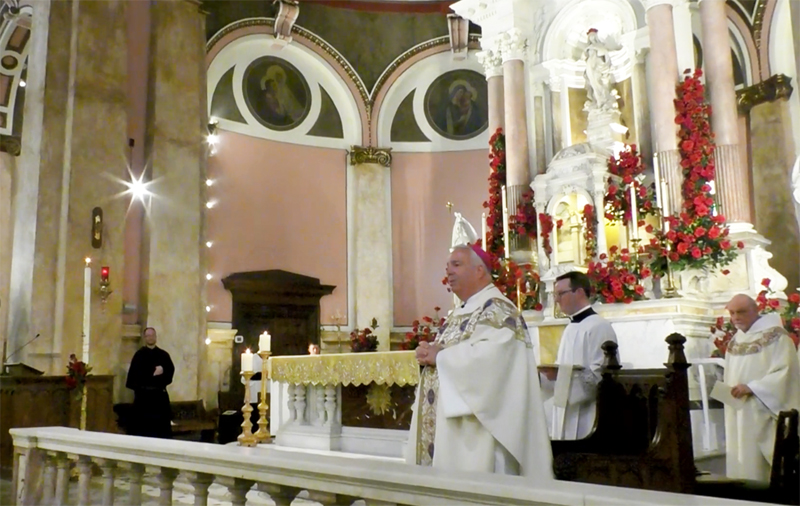 Archbishop Nelson Perez leads the St. Rita of Cascia feast day Mass at the national shrine in her honor, May 22.

“Let love be sincere,” instructs Romans 12:9, and for more than 100 years, those who have visited the National Shrine of St. Rita of Cascia in South Philadelphia have been declaring their love for the saintly Augustinian nun.

That sentiment from Scripture, which was proclaimed in the first reading of the virtual feast day Mass for the Saint of the Impossible at the shrine on Friday, May 22, became a key theme to the liturgy celebrated by Archbishop Nelson Perez.

The Mass was broadcast nationwide courtesy of EWTN. Through footage before the Mass with parishioners, supporters and the Augustinian friars who promote St. Rita as a peacemaker and role model, viewers learned of her sacrifices and fortitude.

Even before the coronavirus pandemic altered the manner through which devotees at the shrine on South Broad Street site pray for the intercession of St. Rita, shrine officials had been planning to designate this year as a special one to proclaim her message. It is the 120th anniversary of her canonization by Pope Leo XIII.

Despite the restrictions on social gatherings because of COVID-19, including the absence of public Mass at the shrine, the community has shown that hope abounds and guides the faithful through life’s trials and difficulties.

This was certainly the case for St. Rita, a 15th century woman from Cascia, Italy, whom Augustinian Father Michael DiGregorio honored in his homily after proclaiming the passage of the True Vine from the Gospel of John.

A former rector of the shrine, the priest is currently the prior provincial of the Province of St. Thomas of Villanova.

He addressed St. Rita’s dedication to God, and how she endured the torment of the tragic deaths of her husband and two sons as well as initial rejections from the Augustinian order that she wished to join so as to better accept of God’s plan for her life. 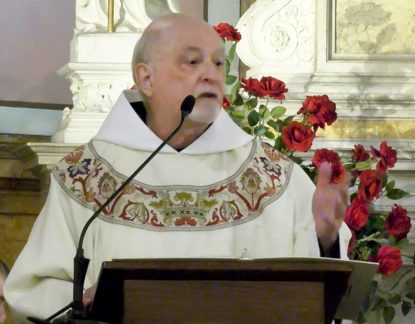 Augustinian Father Michael DiGregorio preaches the homily on the feast of St. Rita May 22 at the National Shrine of St. Rita of Cascia, Philadelphia.

Noting how she implored the intercession of saints John the Baptist, Augustine and Nicholas of Tolentine, Father DiGregorio referred to her as someone who led a life “of great generosity” and stated that we, too, can become reconcilers and find direction in our lives by easing others’ pain.

“She is a reminder that with God, all things are possible,” the priest said of St. Rita, who died May 22, 1457. He recalled the famous story of how the dying nun, having made a winter request for a rose from her childhood home’s yard, indeed received the flower after a friend had retrieved it.

“She also reminds us of God’s nearness to those who place their trust in him,” said Father DiGregorio. “So, it is with all of our energy and sincerity that we say, ‘St. Rita, pray for us.’”

Customary celebrations of the feast day at the shrine involve five Masses, all of which consist of the selling of roses in her honor. Absent of that practice this time, Archbishop Perez, who spoke of his childhood visits to the shrine, blessed roses shortly before he and the other attendees sang “Oh Blessed Saint,” another constant during the feast day observance and the shrine’s May 13-21 novena to St. Rita.

Friday’s festivities also served as a precursor to the announcement by the Archdiocese of Philadelphia just a few hours later in the day that parishes will resume public Masses the first weekend of June.

It was a pleasant reminder that the shrine will be as welcoming to parishioners and guests upon the resumption as it had been before the pandemic struck. 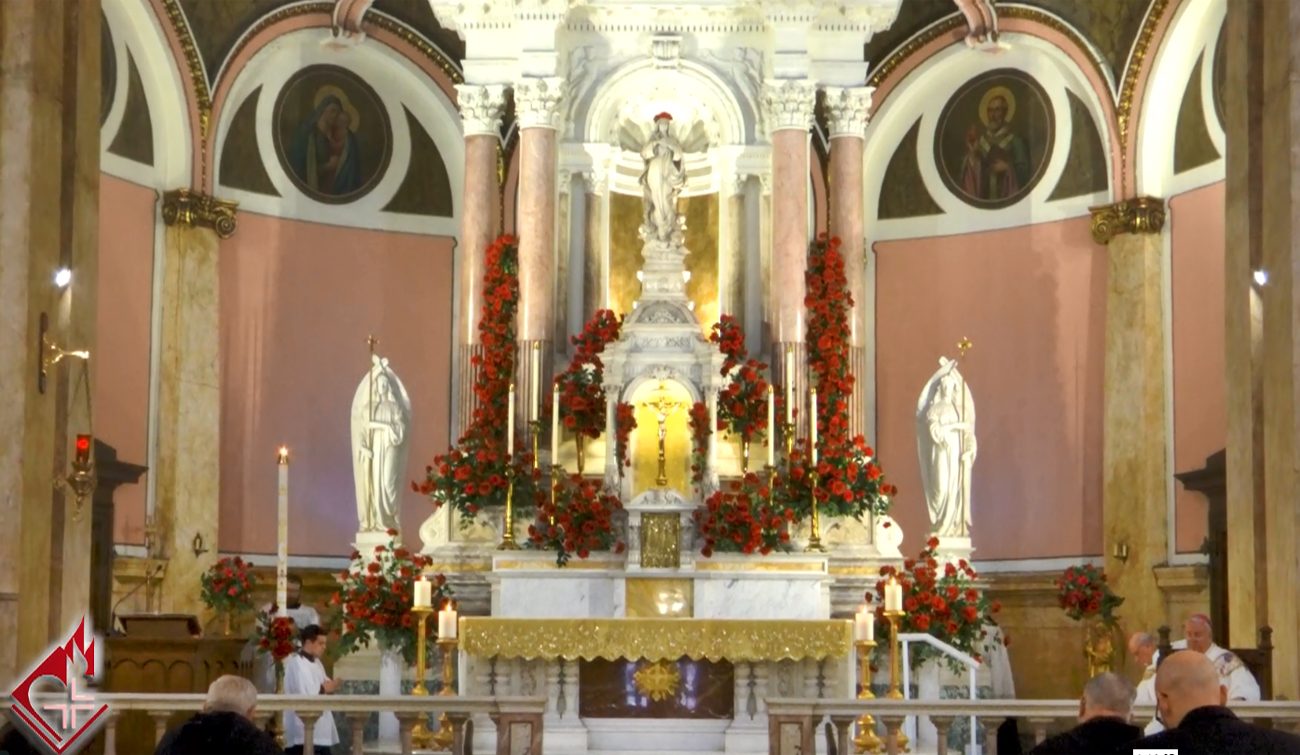 The National Shrine of St. Rita of Cascia, known as the “saint of impossible causes,” is located on South Broad Street in South Philadelphia.

PREVIOUS: Catholic singles find each other despite COVID

NEXT: Paoli parish’s volunteers put in hard work to feed the needy