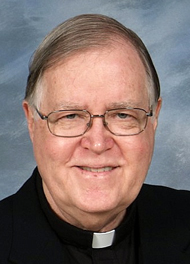 He was ordained May 16, 1970 by Bishop James Hogan for the Diocese of Altoona-Johnstown, and later served in the Archdiocese of Baltimore.

Due to the coronavirus pandemic his funeral Mass and interment were private. A memorial Mass will be celebrated at a later date.