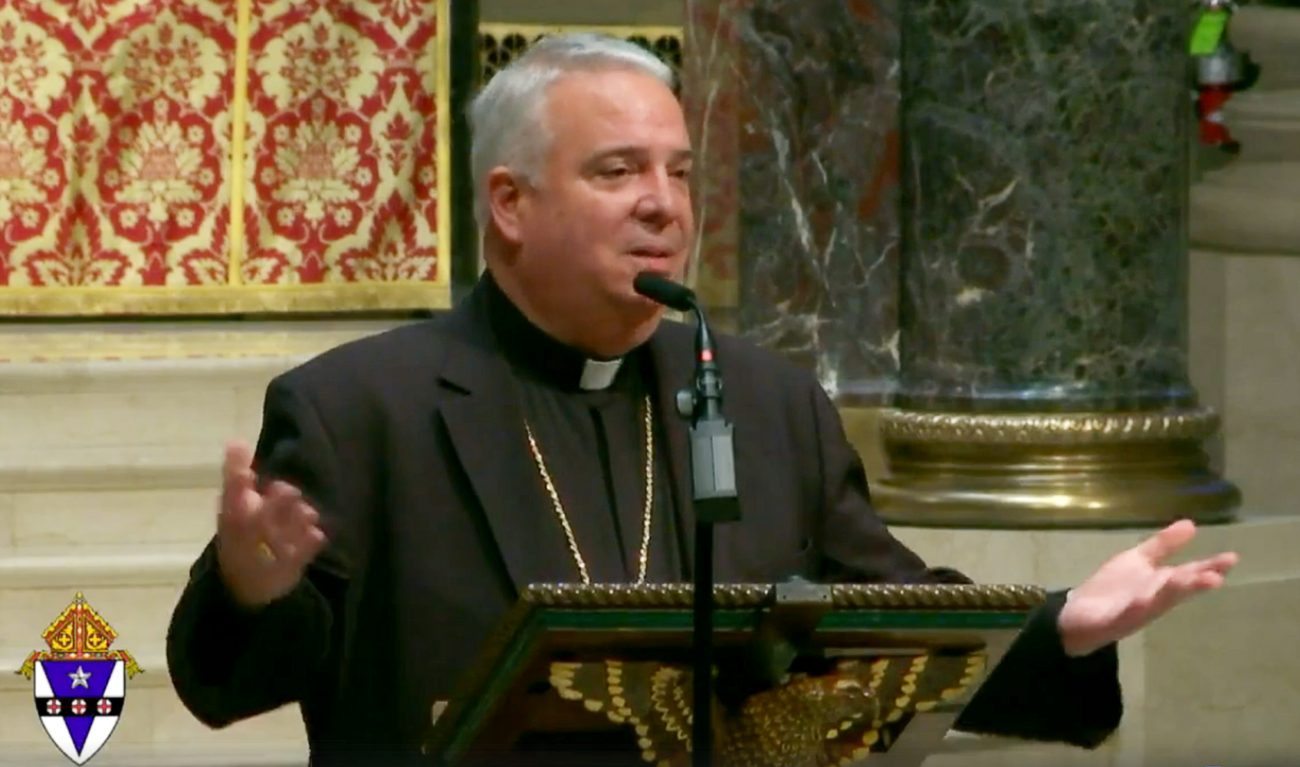 Archbishop Nelson J. Perez speaks June 5 at the Cathedral Basilica of SS. Peter and Paul in Philadelphia about the protests over the killing of George Floyd in Minnesota and about the resumption of public Masses in the Philadelphia region as the COVID-19 pandemic restrictions ease. (Video screen capture by Sarah Webb)

There was a dual message at the June 5 news conference held by Archbishop Nelson Perez in the Cathedral Basilica of SS. Peter and Paul. The initial purpose was to announce resumption of the public celebration of Mass on the weekend of June 6-7 following the easing of the COVID-19 pandemic.

But another tragedy, just as important, had to be first addressed. That was systematic racism, as exemplified by the recent killing of George Floyd by a police officer in Minnesota.

“There is no doubt that our country and our region have been shaken to the core in the last two weeks” because of the death of Floyd, the archbishop said.

“We will never be the same and frankly we should never be the same,” he said. “When it comes to acts of violent racism and the assault on human beings who possess a life and dignity given by God, that must be respected, protected and cared for. This can never happen again.”

“Yes, we say it every time it happens, but we must say it again and again and again. This can never happen again,” he said. “Racism is a sin and an evil which needs to be eradicated from our midst.

“We need to come together as a community of faith to pray together for healing and recovering and for a world where we respect the gift of life; a gift given to us by God which must be respected and protected at all costs.”

Archbishop Perez called the massive and ongoing public demonstrations, at times marred by incidents of violence, that broke out in Philadelphia and hundreds of cities in the wake of Floyd’s death “great signs of hope.”

“Young people gathering together for a more just society and country. For those who protested peacefully we are proud of your voice,” he said. “They want to make sure the pandemic of racism is removed from our midst.”

(Read the U.S. Catholic bishops’ 2018 document, “Open Wide Our Hearts: The Enduring Call to Love – A Pastoral Letter Against Racism.”)

Archbishop Perez encouraged all the clergy, religious and lay faithful in the archdiocese to pray for peace and healing during the month of June.

The archbishop also spoke about the reopening of churches last weekend for public Masses and sacraments that had been halted as a way to stop the spread of the deadly coronavirus pandemic.

He said his decision to suspend public sacraments was one of the most difficult he had ever made.

“It was against everything I decided to do with my life when I became a priest,” he said. “It was tough and I know that for many of our faithful it was very, very difficult.”

Now as the pandemic’s restrictions subside, the archbishop said it is “time to come back to our spiritual home.” 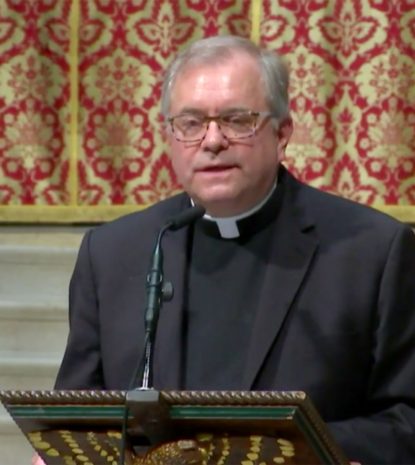 Father Dennis Gill, the rector of the cathedral and director of the archdiocesan Office for Divine Worship, explained what area faithful can expect as Pennsylvania moves into the yellow phase of restrictions as the pandemic eases.

Father Gill also reiterated the obligation to attend Mass remains suspended. The sick and the elderly should not attend public Masses yet continue to join in spiritual communion with the church with their prayers.

(See a list of livestreamed Masses in the archdiocese.)

Some adjustments have been instituted, for example face masks must be worn by the congregation except while receiving Communion. Also, distancing will continue to be observed in churches.

There will be no presentation of the gifts, exchanging a sign of peace, or distribution of the Precious Blood.

Also a new prayer against racism has been added to the Prayer of the Faithful.

Learn more about steps taken during this recovery period through the Arise initiative of the Archdiocese of Philadelphia at archphila.org/arise.

NEXT: Trinity a source of healing amid COVID, racism, says Archbishop Perez