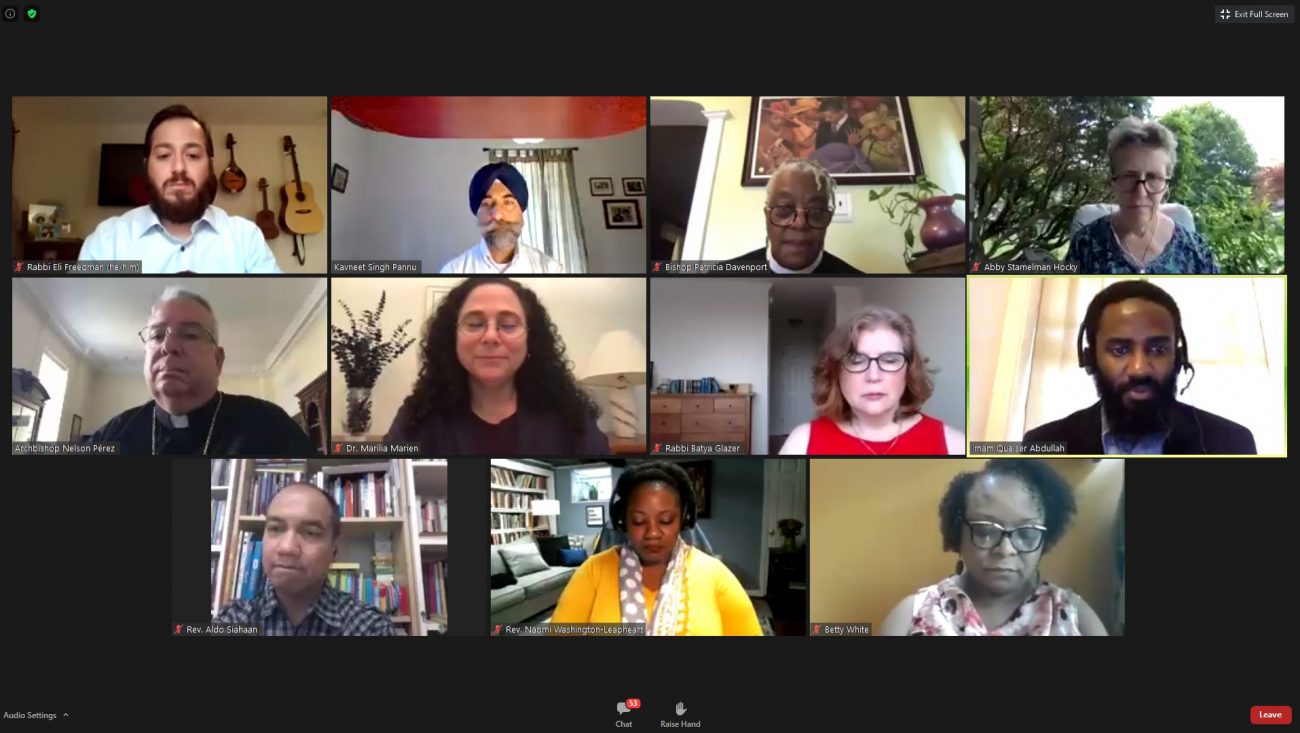 Archbishop Nelson Perez joined local faith-based leaders for a June 4 public vigil to mark the death of George Floyd, a 46-year-old African American who died May 25 while under Minnesota police restraint.

Floyd’s death has sparked national and international outrage marked by widespread protests, calls for police reform and reexaminations of the issue of racism.

The Mayor’s Office of Public Engagement sponsored yesterday’s online vigil, which was led by Rev. Naomi Washington-Leapheart, the city’s director for faith-based and interfaith affairs.

Hosted on Zoom, “Bearing Witness: A Space to Mourn and Hope” featured a broad array of representatives from a number of faith traditions.

The vigil opened with several meditative musical selections, including the viral hit “I Just Want to Live” by 12-year-old African American singer Keedron Bryant, whose mother composed the lyrics in response to the George Floyd killing.

In her opening remarks, Rev. Washington-Leapheart said “we are in the midst of pandemics: the COVID 19 pandemic robbing so many of breath … and the pandemic that is racism … (which) is in its way suffocating, robbing us of what we need to live and breathe and be together.”

She invited participants to share the names of those lost to racism and police brutality as she poured a libation of water for each, employing an ancient gesture of remembrance.

Using Zoom’s chat box function, one participant asked vigil attendees to pray for “the people with no hastags.”

Participants observed eight minutes and 46 seconds of silence to mark the duration of the knee-to-neck restraint that killed George Floyd.

Despite an intermittent internet connection due to storm-related power outages, Archbishop Perez was able to offer a message of comfort and encouragement to attendees.

“It is now the time to breathe again, the breath of hope,” he said.

He pointed to “signs of hope around us in the midst of our despair,” such as “people of faith, people who care, people who want to make a difference to eradicate racism from our midst.”

Amid the Floyd tragedy, he said, “now is the time to proclaim, as Jesus taught us, that love is more powerful than evil, and light overcomes darkness.”

NEXT: New videos guide faithful back to the pews for Mass