Archbishop Perez recalls ministry with priest to be made bishop 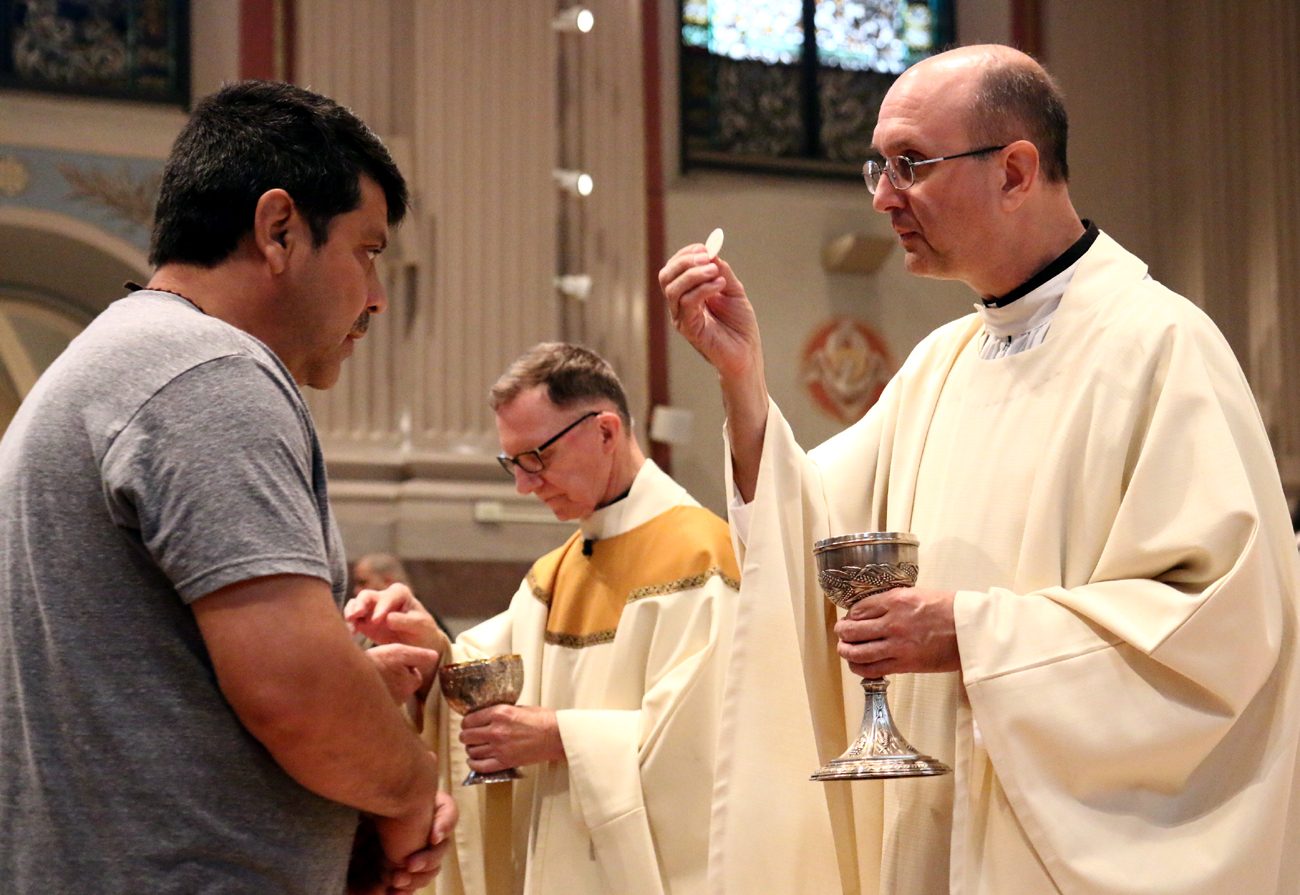 Redemptorist Father Bruce Lewandowski (right) distributes the Eucharist at the Hispanic Heritage Mass Oct. 6, 2018. He will be ordained a bishop and serve as an auxiliary bishop for the Archdiocese of Baltimore Aug. 18. (Photo by Sarah Webb)

God willing, Archbishop Nelson J. Perez will almost certainly be in the Cathedral of Mary Our Queen in Baltimore, Maryland on Aug. 18. There he will participate in the consecration of Bishop-elect Bruce Lewandowski as an auxiliary bishop for the Baltimore Archdiocese, with special service to the Hispanic community.

Interestingly, Bishop-elect Lewandowski at 53 is just two years older than Archbishop Perez was when he received his first episcopal appointment, as an auxiliary bishop for the Diocese of Rockville Centre with special ministry to the Hispanic community.

When they first met, both were ministering in parishes in Philadelphia that had a fair number of Hispanic residents. Their paths continued to cross even after then-Father Perez became a pastor in West Chester while Father Lewandowski moved to Hispanic ministry in the archdiocesan offices.

“Bishop-elect Lewandowski was a great champion in Hispanic ministry and carried in his heart a great love for the immigrant, and sympathy for those of Hispanic and Latino background,” Archbishop Perez said.

Although Bishop-elect Lewandowski is not himself of Hispanic heritage, “He speaks Spanish fluently and he understands the culture where everybody has a place,” the archbishop said. “He was truly loved by the people and he was loved and respected  by the priests. He will be a blessing for the church in Baltimore.

“I know of his passionate presence and availability to all people. He has a certain skill set culturally and linguistically that helps in the Hispanic community. He has pastoral experience and he worked with students while he was in the diocesan offices.

“All of those things will serve him well,” Archbishop Perez said.