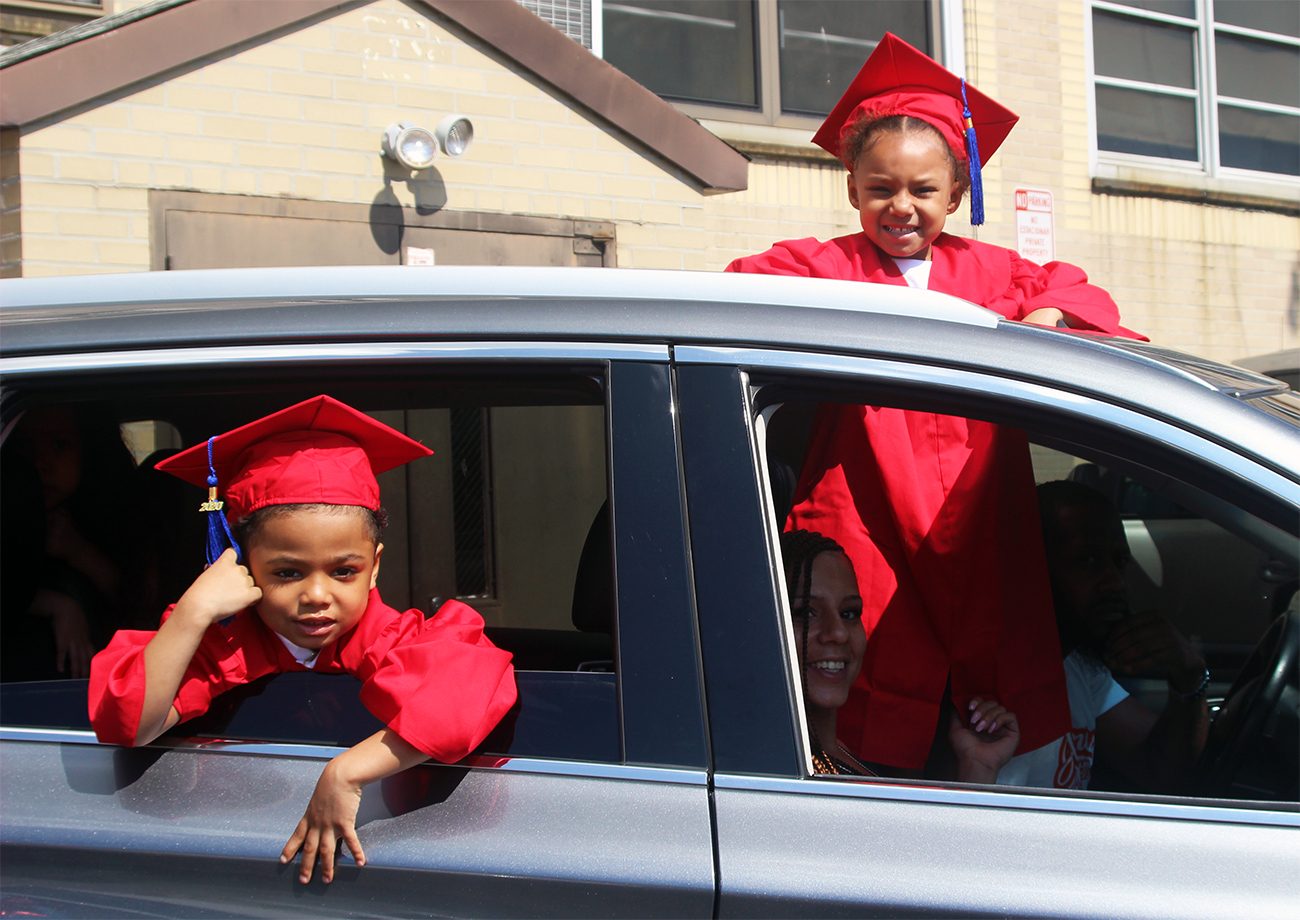 Aiden and Kelsey, with mom Mercy Ramos, arrived in style during a June 19 drive-through graduation ceremony for Casa del Carmen Preschool Academy. Although students fared well with at-home lessons due to COVID, school faculty and staff said they will continue to monitor children for long-term mental health effects from the pandemic.

Some of the Class of 2020’s youngest members donned bright red caps and gowns to celebrate graduation in the latest style: through the sunroofs of their parents’ cars.

Located in Philadelphia’s Hunting Park section, the academy is one of the many programs offered through Casa del Carmen, an archdiocesan Catholic Social Services (CSS) family service center that has assisted the Latino population of North Philadelphia since 1954.

Disney music and Elgar’s “Pomp and Circumstance” march echoed through the parish parking lot as teachers cheered and waved balloons. In addition to their diplomas, students received kindergarten supplies, a graduation teddy bear and a t-shirt reading “we survived preschool and quarantine 2020.”

Due to the COVID-19 pandemic, graduation and the latter half of the school year itself were “unorthodox” for the academy, said director Shari Gold.

But skipping the ceremony was not on option, she quickly added.

“We didn’t want to go without saying congratulations to our children and praising both them and the staff,” said Gold. “And it’s closure.”

Who’s peeking out of that sunroof? Looks like a newly minted alum of @CSSPhiladelphia⁩’s Casa del Carmen preK School, which held its drive-through graduation for 45 students this morning at ⁦@ArchPhilly⁩’s Holy Innocents Parish.#Graduation2020 pic.twitter.com/oksphFJ4gy

She described the school’s teachers and staff as “passionate” about their program, which includes classes in science, math, reading, art and listening skills, all taught in both English and Spanish.

With a sizable waiting list, the academy has earned high marks from its funding and regulatory partners. The Pennsylvania Department of Education gave the school its highest rating in recognition of Casa’s responsive early education strategy and overall management.

When state COVID regulations took effect, Gold and her team moved quickly to create a hybrid learning model, using the ClassDojo education platform and printed materials, which were mailed to families. 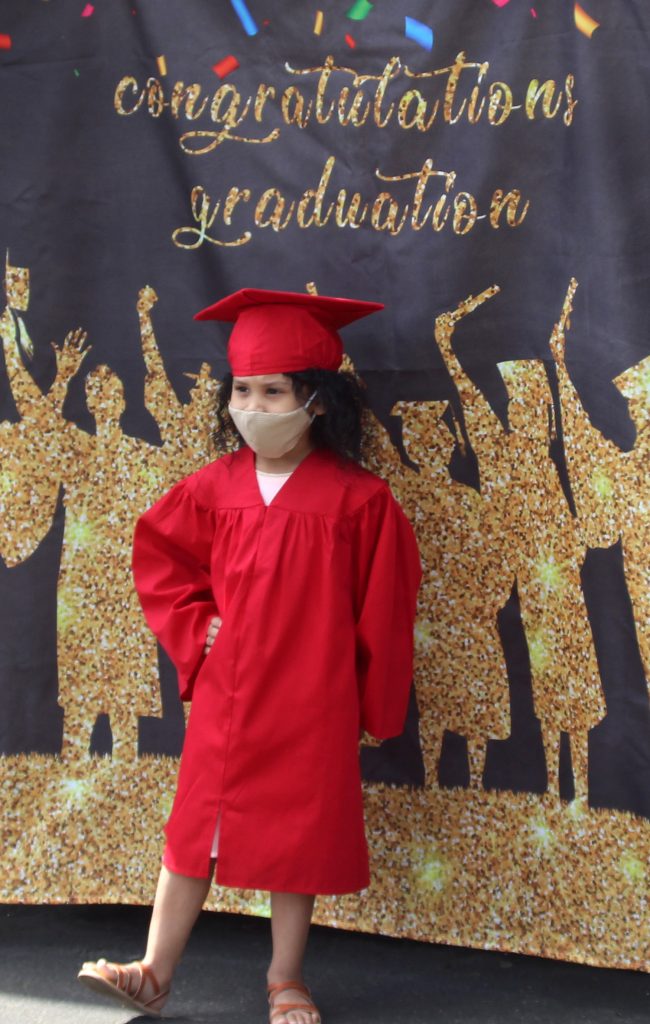 In the process, parents developed a new appreciation for the work of early childhood educators, said Gold, who holds a master’s degree and has more than 25 years of teaching experience.

“I feel as though we’re more appreciated right now, because this job isn’t easy, and it’s not for everybody,” she said. “Education is going to be taken more seriously.”

The academy’s staff also worked to ensure students had access to healthy meals during the pandemic, which exacerbated Philadelphia’s ongoing issues with food insecurity.

During the past three months, Gold has been joined by instructors Iggy Ramos and Maria Oyola in distributing grab-and-go meals through an emergency food pantry at the school.

“That’s another way we’re touching the community, and we’re making sure our kids get what they need,” said Gold.

“It was scary for them, so we’re going to look at doing some mental health training for the parents, families and children,” said Crane.

With the region entering the green phase of COVID restrictions, the academy will offer a scaled-down summer camp on site, and in-person classes are expected to resume in the fall.

For now, though, parents and graduates are content to savor their accomplishments amid a school year like no other.

“It’s bittersweet, because this is such a great preschool,” said Marla Marin, whose daughter Juliette Pavon has attended Casa since age 3. “It’s very family-oriented, and she learned so much. She had a such a great routine here.”

Smiling under her mortarboard, Juliette added that she was “so happy” to receive her diploma at last, after weeks of studying at home.

NEXT: Work for racial justice starts with study of Black Catholic experience