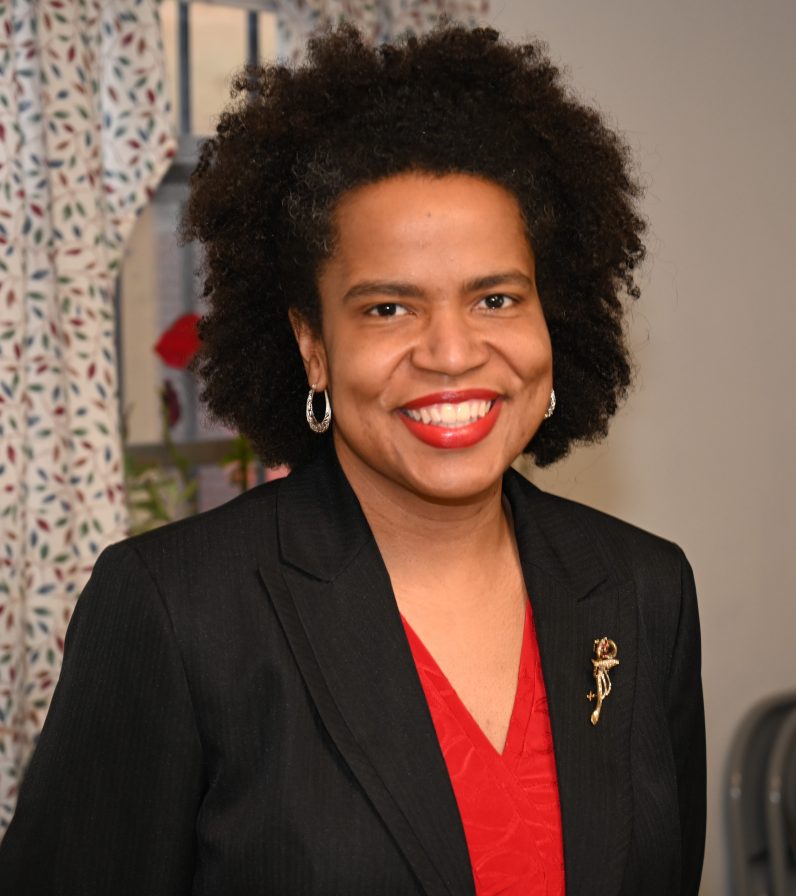 A local scholar has released a new resource highlighting the voices of Black Catholics in assessing racism and its impact, particularly within the Catholic Church.

Philadelphia-based sociologist Dr. Tia Noelle Pratt has launched the #BlackCatholics Syllabus, a compilation of written, visual and audio materials on an issue that has gripped the nation in recent weeks, following the death of George Floyd while under Minneapolis police restraint.

The list, which is available through the website of Pratt’s consulting firm, is intended for use by a wide range of readers, including academics, journalists, educators, religious congregations, parishes and the general public, said Pratt.

In addition, the syllabus includes links to the websites of organizations such as the National Black Catholic Congress, the U.S. bishops’ conference and Georgetown University’s Slavery Archive.

Although Floyd’s killing has refocused attention on longstanding racism, Pratt had the idea for the syllabus months earlier.

“A friend and colleague mentioned it to me about a year ago as something that I could contribute” to a growing body of scholarship, said Pratt, who drew on her two decades of research experience in assembling the list.

“The period of history we are living through right now … calls us all to action,” she said, and as a Black Catholic scholar she sought to develop a “living document” that offers a starting point for concrete change.

A key part of Pratt’s mission is exposing racism within institutions — including the Catholic Church, she said.

“Being able to think not just at the individual level, but at the institutional level” is crucial, she said.

The task demands the ability to grasp “how our organizations — churches, religious communities, school systems, universities — are created in such a way to harm African Americans while benefiting others,” said Pratt.

Church history itself shows that systemic racism has persisted among the faithful, she added.

“You can look at black folks being turned away from the nearest Catholic church and being directed elsewhere,” said Pratt.

In Philadelphia, the former St. Peter Claver Catholic Church (located at 12th and Lombard Streets) stands as a monument to such institutionalized discrimination, she said.

The city’s first designated African American parish, established in 1886 and closed just under 100 years later, showed that “Black Catholics … were not welcome” in other parishes, and “had to found their own church to live and practice their Catholicism,” said Pratt.

According to contemporary and historical accounts, many believed racism had played a role in the church’s closure, which came as a shock to parishioners.

Disproportionately low numbers of Black Catholic priests and women religious are also indicative of systemic racism in the church, said Pratt, citing in particular Williams’ research on the subject.

Pratt observed that the syllabus prioritizes the work of blacks “in order to center the voice of Black Catholics in the creation of their own narrative.”

Most of the resources listed were produced within the last 30 years, when such scholarship “really kind of exploded,” she said.

During the latter half of the 1980s, “Black Catholics really began to incorporate African American tradition and spirituality into the Mass,” said Pratt.

The influential “Lead Me, Guide Me” hymnal first published in 1987 and used by several Black Catholic congregations “really spelled that out in its introductory documents,” sparking increased research among Black Catholic scholars, said Pratt.

While research is essential, the syllabus “is not a substitute for doing the work of anti-racism and racial justice,” she said. “We have to take on that hard work of looking at ourselves and at our own institutions.”

The police-related deaths of George Floyd in Minneapolis, Michael Brown in Ferguson, Missouri and similar cases have galvanized reform efforts, said Pratt, but ultimately “we have to realize that the call is coming from inside the house, not simply from Minneapolis or from Ferguson.”

Admitting she knows “how discouraging it can be sometimes,” Pratt ultimately remains “hopeful and positive” that the coming years will bring “measurable change” toward racial equality.

“That doesn’t mean it will be easy,” she said. “Something that’s worth it is never easy.”