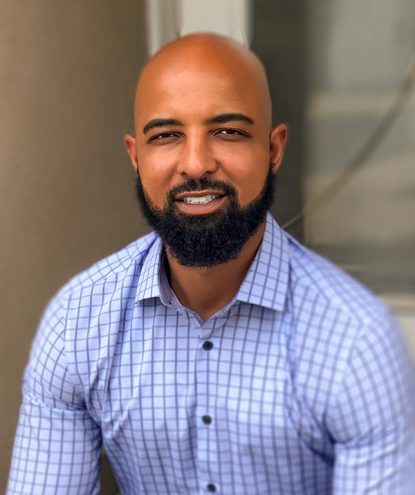 After receiving word by cell phone that he was officially hired as the next basketball coach at St. Joseph’s Prep, Jason Harrigan stopped his bike ride, smiled, and breathed a sigh of relief.

“I felt a wave of emotions and I was ecstatic,” said Harrigan. “That lasted for about 30 to 45 seconds. Next thing I thought was, it’s time to get to work.”

Having led Cardinal O’Hara for two seasons (2017-18), this will be Harrigan’s second stint as a Catholic League coach. He also coached Del-Val Charter to a Public League and city title in 2016. He currently works for the School District of Philadelphia as a positive behavior intervention and support coach.

Taking over at the Prep, however, will require confidence, patience and fortitude. Harrigan is replacing the legendary Speedy Morris, the winningest coach in Catholic League history highlighted by eight championships, including two (2003, 2004) during his 19 years at SJP. The Hawks reached the postseason every year under Morris’ tutelage.

Morris was one of the first persons Harrigan contacted after receiving word that he had been chosen from a host of coaching hopefuls.

“There are some big shoes to fill,” said Harrigan, 37, a graduate of Willingboro High School (NJ) and Florida A&M University with a finance degree. “But really, he laid so much groundwork. I won’t be filling his shoes. I will be walking in his footsteps.”

According to research published by TedSilary.com, Harrigan thus becomes the ninth Black coach for boys’ basketball in PCL history — but the seventh different individual, as Guy Moore completed separate stints at both North Catholic (2010) and West Catholic (2011-13). Harrigan will join Bishop McDevitt’s Will Chavis (2018-present) as the only current Black coaches in the Catholic League.

The first-ever Black Catholic League coach was Fred Douglas, who coached at the Prep from 1972 through 1974. He was the league’s only Black coach in the 20th century. Besides Douglas, Moore, Harrigan and Chavis, the other Black coaches were Marc Turner (Kennedy-Kenrick, 2001), Jazz Williams (West Catholic 2014-2016) and Bryan Caver (Conwell-Egan, 2018).

“I’m excited,” said Harrigan. “The outpouring of support has been tremendous. It’s humbling. The diversity in the league is growing, and I’m so glad to be a part of it.”

“Coach Morris was great for the Prep and Philadelphia basketball in general,” said senior Jimmy King, a Waldron Academy alum. “My two years playing under him were great. I learned so much both on and off the court, and I am so lucky to have him in my life.

“But I am really excited to play for Coach Harrigan. He brings a fresh set of eyes to the table and definitely will bring the best out of all of us. I think that being a senior brings more responsibility to me as a leader. The other seniors and I will work hard to help Coach Harrigan in his transition.”

“It is definitely a good thing to have new faces in the program,” said Clark. “It opens several opportunities for everyone on the team, and it really gives us a chance to make a new name for ourselves. Personally, I think this is a big benefit to my game to be able to learn under a new style of coaching.”

“It is very exciting entertaining a new era,” said Thomas. “I think there will be a new energy to our program that will make people want to know more about Prep basketball. I think it will change my game for the better, because I know our new coach will do everything he can to be with us in the gym getting us better every day, and that will help improve my game tremendously.”

The bulk of the Prep’s roster was basically decimated by graduation. Last year’s underclassmen only accounted for a collective 238 points, and of those, 178 were scored by King and 42 were tallied by Thomas.

In an always-challenging Catholic League that has become more balanced over the past several years, elevating the Hawks to championship status may take some time.

“Becoming part of this institution is a privilege,” said Harrigan. “The school has great conviction. I’m hoping we can become a nationally recognized program like the football team program.”

PREVIOUS: Once he retires, NFL QB to coach at Catholic high school