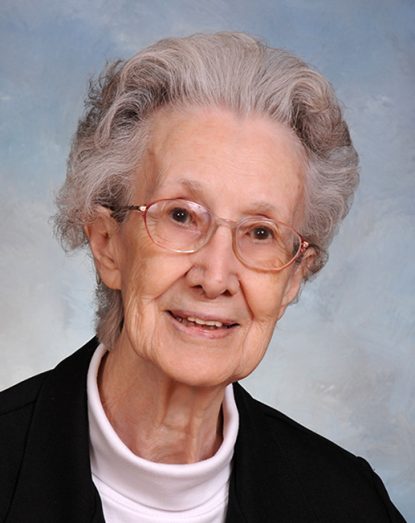 She had been a professed member of the Sisters of St. Francis of Philadelphia for 71 years. Sister Dorothy was born in Trenton, New Jersey, where she was a member of Holy Angel Parish and a graduate of Hamilton High School.

She entered the congregation in 1946 and professed her first vows in 1949. She earned a B.S. in Education from St. Mary College in Emmitsburg, Maryland.

Sister Dorothy ministered for 25 years in the Diocese of Trenton where she taught at St. Raphael School and later served in local house ministry at St. Anthony Convent. She also spent several years as a caregiver for her mother and sister in Yardville prior to their deaths.

In 2015 Sister Dorothy moved to Assisi House, the congregation’s retirement residence in Aston, where she served in prayer and hospitality ministry until her death.

All services were held in Assisi House in private. Sister Aletta Dorothy is survived by her brothers, James and Donald Donahue, her nieces and nephews, and her Franciscan family. Donations in her name can be made to the Sisters of St. Francis Foundation, 609 S. Convent Road, Aston, PA 19014.