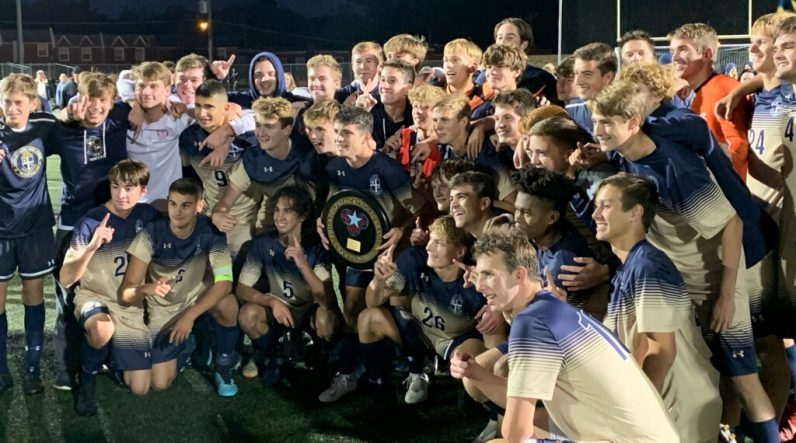 While they make the most of a surreal summer and feel the not-so-distant pulse of a highly questionable fall, athletes and coaches struggle as they deal with significant uncertainty.

Will they practice? Will they play games? Will they compete for any kind of a championship? Will they start and then suddenly stop like did their sisters and brothers who played basketball last winter?

When the coronavirus began rearing its hideous head and interfering with life as we knew it four months ago, mind-numbing concerns overwhelmed the world and questions abounded.

“The first practice date for sports in the fall is August 17,” said the PIAA. “Our focus is the health and safety of student athletes, which is paramount in moving forward with athletics. Each member school has developed health and safety precautions guidelines to allow athletics to continue as important part of the school day. Participation in athletics has known health benefits, including promoting physical fitness and mental wellness, which is necessary in a time of uncertainty for our student athletes.”

While helpful to receive communication from above, the PIAA proclamation does little to assuage the anxiety of those affected by the coronavirus trajectory.

“The guys are definitely concerned about the season, but that will not stop us from putting in work in the offseason,” said La Salle senior Ben Herron, whose Explorers are the defending Catholic League boys’ soccer champions. “I know the team is putting in work to make sure that we are prepared and fit for the season if there is one.

“Obstacles like this virus are what pull teams together, and I believe that the guys will unite and come out ready to play in August if we get the chance.” 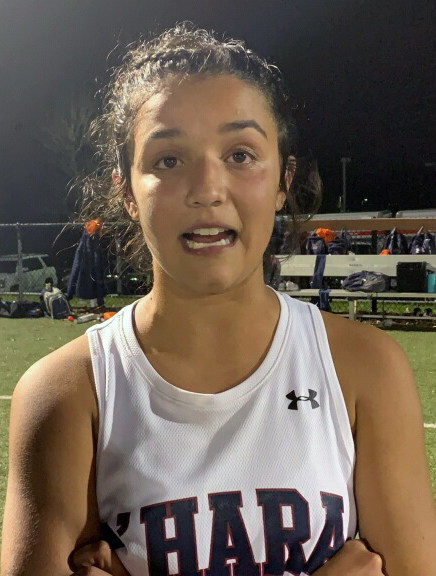 Cardinal O’Hara junior Mia Scarduzio is staying positive and hopeful for the start of a full season of Catholic League field hockey. (Photo by John Knebels)

The last Catholic League memory of Cardinal O’Hara junior Mia Scarduzio was as good as it gets. Her goal in sudden-death overtime gave the Lions a thrilling 3-2 victory over archrival Archbishop Carroll in last year’s field hockey championship at Neumann University.

The challenge of helping her squad earn a fourth league title in six years is tough enough during normal circumstances. Adding the potential annihilation of an entire season to the mix puts everyone into uncharted territory.

“Obviously these are challenging times for all of us, including us athletes who love to play sports and interact with our friends, teammates and coaches on a competitive level,” said Scarduzio. “Me and my friends challenge each other and at the same time we have fun playing together.”

With several standouts returning and several understudies eager to display their mettle, a championship repeat remains a realistic possibility.

“I am hoping for a successful season, but I also hope everyone stays safe and makes good decisions to stay healthy so we can have the season we wished for,” said Brace. “Being an underclassman is good because I still have another year to work. Not getting the result we wished for my freshman year (Ryan lost to Lansdale Catholic in 2018) gives me a chance to defend the title three years in a row.”

In particular, countless seniors have depended on having an opportunity to showcase their talents for college scouts who have the connections to suggest an athletic scholarship. 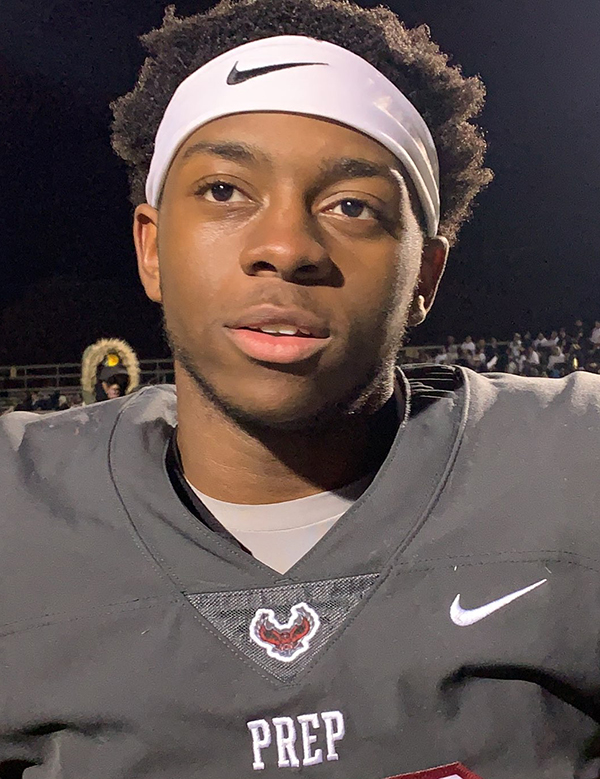 St. Joseph’s Prep’s Zavier Atkins is banking on having a breakout senior season for the success of his team and to impress scouts of Division I football programs, to which he aspires. (Photo by John Knebels)

“This is a huge year for some people who don’t have any offers yet, such as myself,” said St. Joseph’s Prep senior Zavier Atkins. “The big thing right now is everyone wondering if we will have a season. Me being a senior for St. Joe’s Prep this year, I tend to have that on my mind a lot. I have hopes of playing Division I football, so this is my last year to show college coaches what I can do. I know of some other athletes that are seniors in the exact same boat.

“As the season is approaching very fast, I’ve been doing my best to focus on taking it one day at a time. So as my team and I begin our summer workouts, I have just been trying to focus on being the best leader and teammate I can be and control what I can control.”

For coaches, the game itself and win-loss outcomes are currently secondary objectives. Aided by athletic directors’ mandates and the never-more-important contributions of assistants, team officials will need to be on high alert during practice and games while simultaneously exercising their strategic expertise on the field.

Ultimately, the complexity of health worries may be for naught.

“Obviously these are unique and stressful times,” said Roman Catholic soccer coach Ray DeStephanis. “As always, the well-being of our players, their families and our coaches stands at the forefront of any organized activity. Realizing that, we want to play soccer.

“Both from a physical and mental standpoint, returning to a norm, especially at the beginning of what hopefully is a regular school year, is so important. The ability to train your focus and thoughts into something you’re passionate about and not have the constant anxiety and worries of what could possibly be next is healthy for all.

“There’ll no doubt be changes and inconveniences that we have not experienced before and compliance is going to have to be across the board. While that can be challenging, what choice do we have? It’s time to play soccer, follow the rules, and get out there and do what we love … for the good of all of us.”

So where to go from here? Scarduzio provided a realistically optimistic game plan as July welcomes what will hopefully be a friendly August.

“I remain positive, continue to work out, and do the best I can to stay conditioned,” said Scarduzio. “I remain positive that this unfortunate situation will come to an end hopefully soon. We are anxious to resume playing competitive sports between other teams as quickly and safely as possible.” 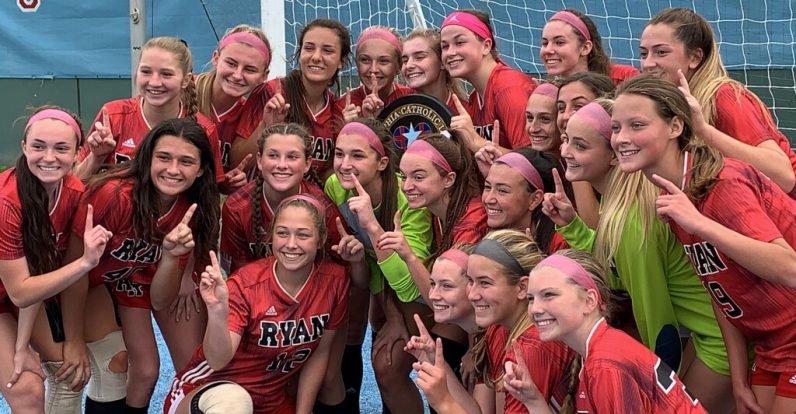