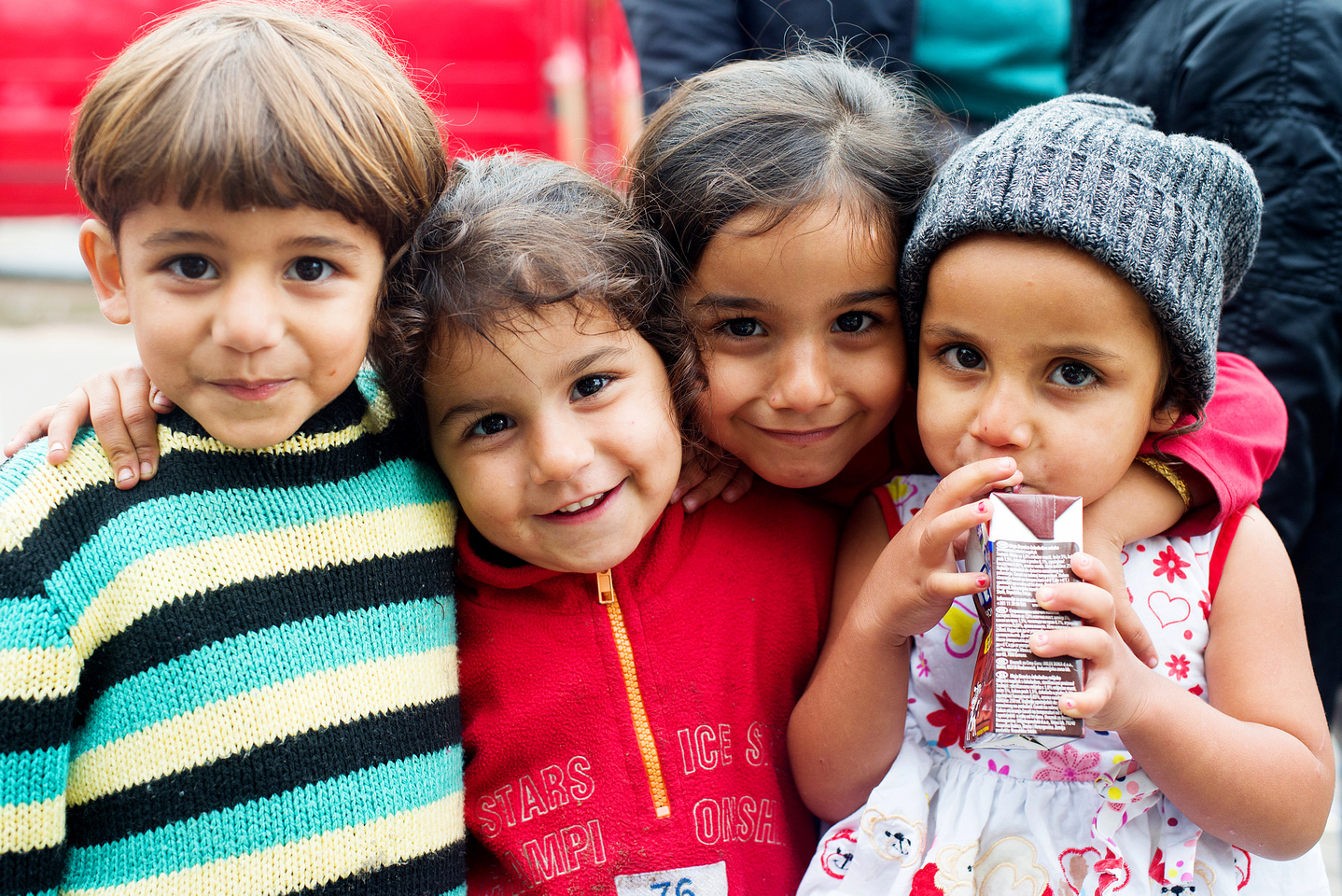 A group of Syrian refugees pose for a photo at a park near the Belgrade, Serbia bus station while they wait for transportation to the Hungary border. According to research, breaking the cycle of poverty, hunger and forced displacement requires early childhood development interventions as well as food and finances, which is why Catholic Relief Services advocates are asking Congress to pass the Global Child Thrive Act. (Catholic Relief Services)

Local Catholic Relief Services (CRS) groups are backing legislation that ensures kids in developing nations receive food for the mind and heart, as well as the body.

“The beauty of this is that it stresses not only the food piece, but all the other psychosocial and emotional ways you can keep kids on track,” said Anne Ayella, CRS director for the Archdiocese of Philadelphia.

CRS, the official international humanitarian agency of the Catholic community in the U.S., currently assists more than 130 million people in over 100 countries through a wide array of programs.

While its Rice Bowl campaign has been a Lenten staple for decades, area faithful may be less familiar with how the organization works to address the systemic causes of hunger and poverty – which is why the Global Child Thrive Act initiative is critical, said Ayella.

“Play, games, activities are all stuff we take for granted” in the developed world, she said. “But for kids on the move, who haven’t been to regular school because they’re migrants or refugees, they might be super-behind on psychosocial development.” 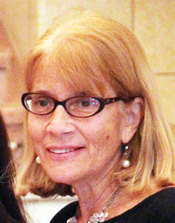 Anne Ayella, the Catholic Relief Services director for the Archdiocese of Philadelphia, said that “psychosocial and emotional” supports are needed “to keep kids on track.” (Photo courtesy of Anne Ayella)

Research has shown that a child’s brain forms its critical neural networks and pathways between birth and age six. However, 43% of children under five (some 250 million) in low- and middle-income countries are hampered in their cognitive and emotional development through poverty, hunger and trauma. The lag is compounded for children with disabilities.

The impact has lifelong and widespread consequences, according to studies. Adults lacking proper care in their early years are more likely to drop out of school and to earn significantly less than their peers.

Collectively, that deficit traps families and communities in poverty, lowers gross domestic product, and reduces a nation’s tax revenue for health and education investments. Ultimately, the downward spiral can stir political and social instability as well as large-scale population displacements.

Rep. Brian Fitzpatrick became an early co-sponsor of the bill, she said, thanks in part to the efforts of Larry Blankmeyer, a parishioner of St. Vincent de Paul in Richboro, and fellow Bucks County CRS volunteers.

For the past decade, the volunteers – along with Ayella and other area faithful – had been collaborating as an informal CRS advocacy group, cultivating support for policies to counter hunger and poverty.

After the Bucks County CRS team visited Rep. Fitzpatrick, “he was so interested right at the get-go” that he immediately signed onto the bill, said Ayella.

“I think that was Larry’s first meeting with an elected official on behalf of CRS,” she recalled. “Afterwards, he said, ‘I love being an advocate now.’”

Within the last year, some 30 CRS chapters, largely parish-based, have formed throughout the U.S., said Ayella.

Recently, St. Cornelius Parish in Chadds Ford launched the first official CRS chapter in the Philadelphia Archdiocese, with St. Vincent de Paul Parish in Richboro and Ayella’s group (which she describes as “a kind of regional office”) quickly following.

Ayella said a chapter based at Pennsylvania State University is “coming along,” and “another one is getting close in South Jersey.”

Addressing hunger at a policy level can be intimidating for volunteers accustomed to coordinating food and donation drives, she admitted.

“For one thing, people are scared, and they think they don’t know enough to be an advocate,” Ayella said. “But what we’ve told them is, ‘If you’re a registered voter, be a voice for the voiceless. You’ve got the power.’”

In fact, “popes and bishops have encouraged us to get out and live our faith in the marketplace,” she said. “This is where we can really make a huge difference.”

“Whenever we visit those offices, we are assured by staff and officials that they count those letters every day,” she said.

Given the scope of global hunger and poverty, policy level changes – such as the Global Child Thrive Act — are essential to lasting relief efforts, said Ayella.

“If you have a food drive, and you get maybe a thousand pounds of food, you can help x number of people,” she said. “But if you are lucky enough to impact a law that in turn can impact thousands of people for years to come, that’s exponentially much more effective, and more powerful.”

PREVIOUS: FOCUS ministry coming to local parish, thanks to grant