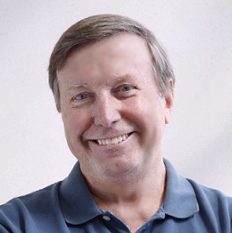 Legendary Philadelphia sports journalist Ray Didinger will be the guest speaker and award recipient at the annual Cardinal Foley Symposium on Thursday, Oct. 1.

Currently a radio host at Sportsradio 94 WIP, a commentator and analyst with NBC Sports Philadelphia and previously a longtime sports writer for the Philadelphia Daily News and producer for NFL Films, Didinger possesses an encyclopedic knowledge of Philadelphia sports over five decades – especially the Philadelphia Eagles.

He is a member of the pro football Hall of Fame and winner of numerous awards for journalism.

Didinger is a 1964 graduate of the former St. James Catholic High School in Chester and a 1968 graduate of Temple University, where he started his sports journalism career before beginning to write at the Philadelphia Bulletin.

All are invited to participate in the program and ask questions of Didinger and the hosts via livestreamed video at https://vimeo.com/event/266540 as well as on Facebook. A limited audience will also join the discussion in person at St. Charles Seminary.

Each year the symposium and award presentation celebrate the annual World Day of Communications message given by the pope. The theme of this year’s message is “Life becomes history.” See the message of Pope Francis here.

The event was planned for May but was postponed to October due to COVID-19.

The Cardinal Foley Chair supports the work of the church in social communications by teaching seminary students and church groups, working with staff in parishes and dioceses, and engaging in dialogue with journalists and media professionals.

The chair is a faculty position named in honor of Cardinal John Foley (1935-2011), a Delaware County native and Philadelphia archdiocesan priest who was editor of The Catholic Standard and Times and a seminary professor, and who served the universal church as president of the Pontifical Council for Social Communications (1984-2007) and Grand Master of the Equestrian Order of the Holy Sepulchre of Jerusalem (2007-2011).