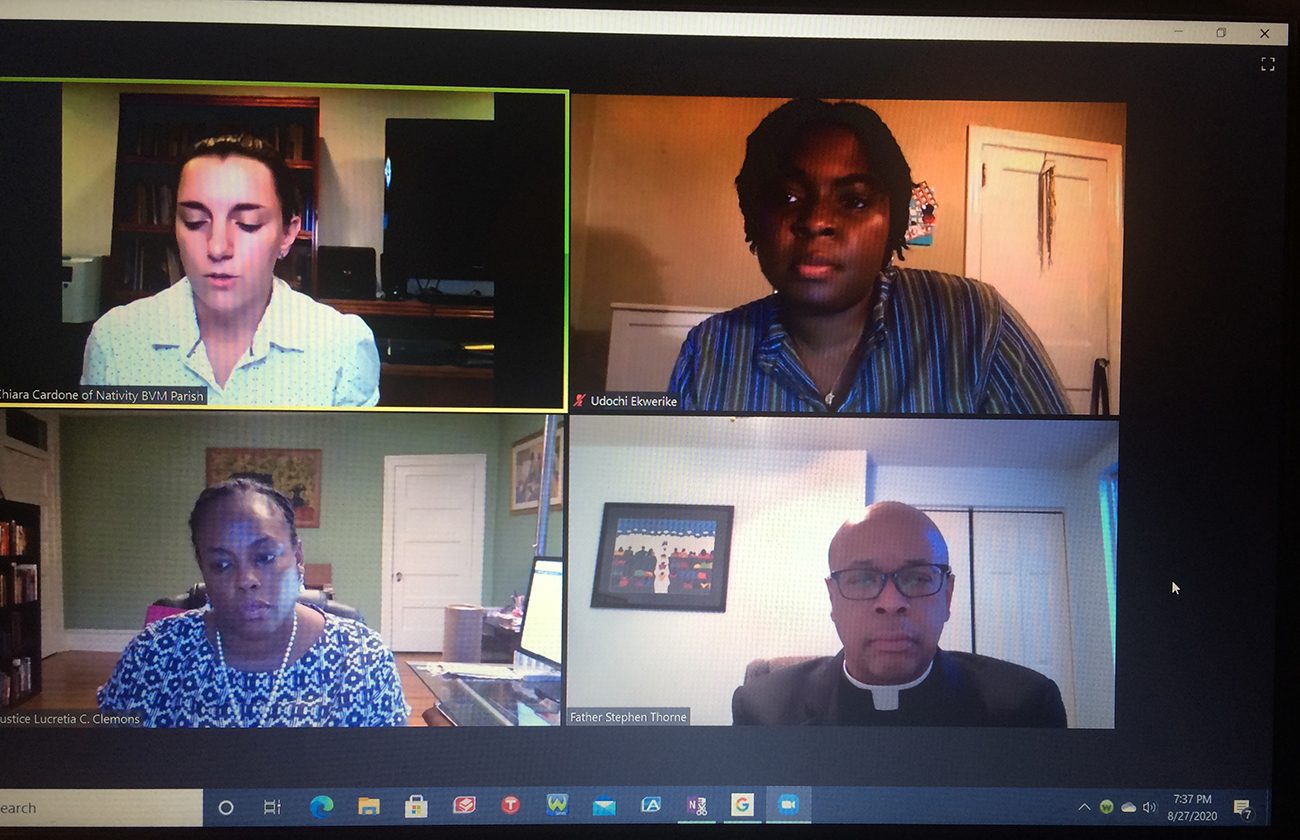 Panelists and a moderator speak via Zoom conference Aug. 27 during an online Theology on Tap event of the young adult group at Nativity B.V.M. Parish, Media. (Screenshot by Dan McCarty)

Theology on Tap, a young adult ministry at Nativity B.V.M. Parish in Media, gathered for its first virtual “Theology on Tap” event Aug. 27. The group has been meeting virtually to share and discuss the Catholic faith almost every week since March when the coronavirus pandemic precluded gathering in large groups.

Because the group believed the issue of race should be addressed from a Catholic perspective, members discussed it and came to a consensus on a title for the event, “Catholics of Color.”

“We pray that this event will be merely the beginning of many which lift up and give voice to the diverse people who make up our church,” said Chiara Cardone, young adult minister Nativity B.V.M. Parish.

It was not difficult to get Father Thorne to address this group of young adults. He is a longtime friend of Nativity B.V.M., having served the parish as an acolyte before his ordination in 1998. He continues to celebrate Mass there regularly, especially at Christmas. 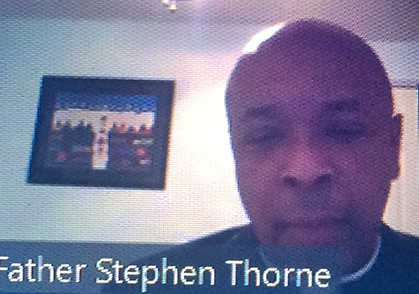 “It’s a blessing to be with you,” said Father Thorne. “I come with a very heavy heart. We’ve seen the reality of racial injustice and police brutality. All life belongs to God. It’s time to step up and act up.”

Judge Clemons thanked everyone for inviting her to share her story. After praying and meditating about what she might say, she decided to talk about how her grandfather, a railroad worker from Tennessee, converted to Catholicism. After his murder by the Ku Klux Klan, his family rallied together and religious sisters helped support the family in hard times.

“That’s the reason I’m Catholic today,” said Judge Clemons. “What motivates me to move on is those teachings I got from my grandparents. It’s my responsibility to carry it forward. What draws people to the church today is the same thing that drew my grandfather to the church.”

Ekwerike talked about her passion for the Catholic faith and how this has been a wonderful year for her despite COVID-19 and all the senseless violence and racism that has occurred. Never has she felt closer to God, she said, than right now.

“There’s nowhere else I can see myself than in the Catholic Church,” said Ekwerike. “When we want to grow in holiness, we do it as a community. As long as we are the Body of Christ, we need to care for one another.” 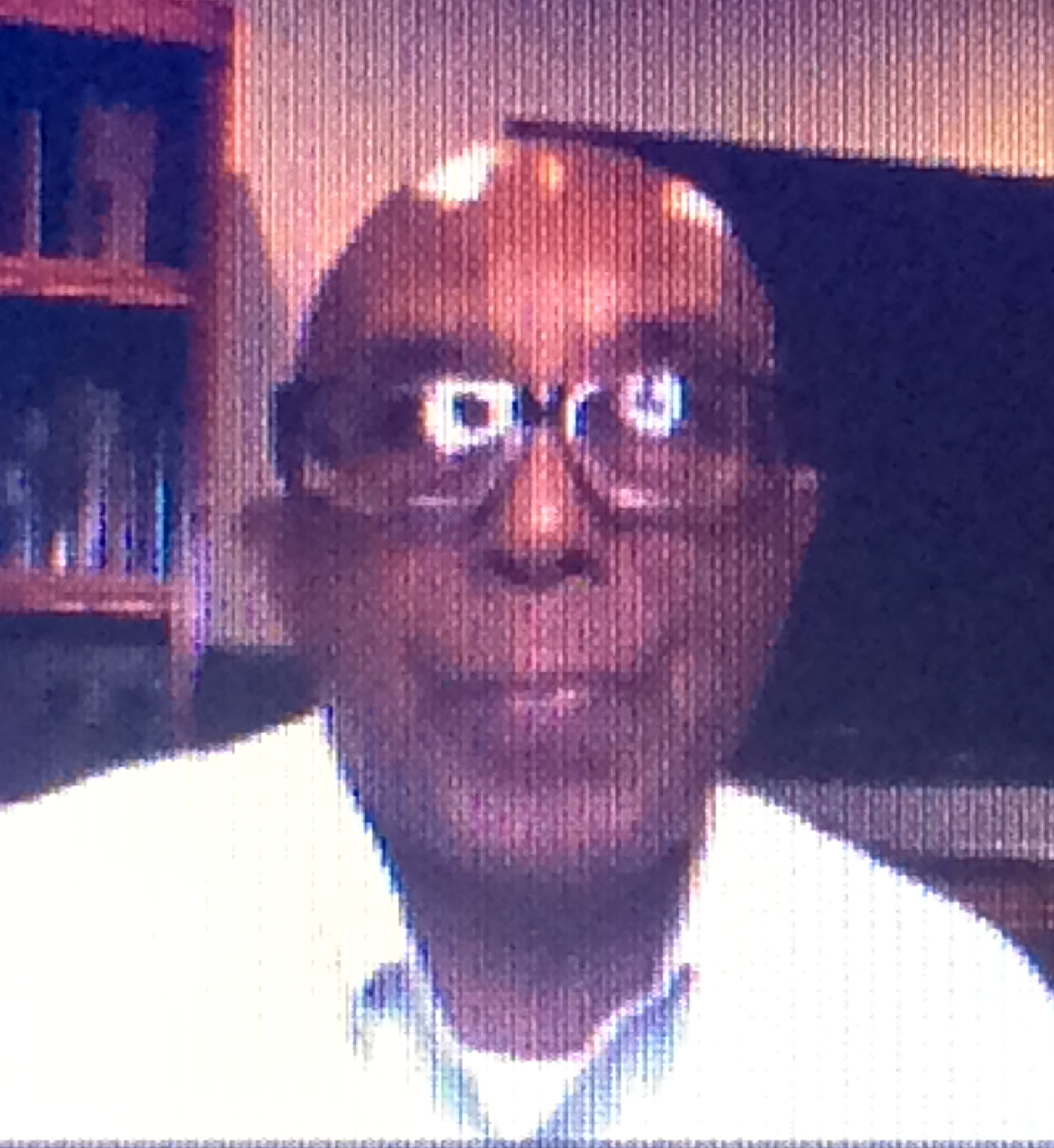 Years ago, Herman Paul happened to walk past Nativity B.V.M. Church, and something inspired him to walk inside. He went in, saw statues of Jesus, Mary and the saints, and knew this place was for him, he said. People opened their hearts and welcomed him to come in.

“There was something in this church that I could not find in other churches,” said Paul.

He reminded the young people on the virtual gathering of the importance of coming to church in trying times. They can find peace and reconciliation and will be welcomed with love that cannot be found elsewhere.

After presentations by the four speakers there was time for questions and answers. Natalie Murray of St. Norbert’s Young Adults in Paoli said she strongly wants to help work for racial justice in the community and in the church, but she feels at a loss as to how to do that in the church. To that end she asked the panelists what they personally would like to see white Catholics do to be better allies.

“Prayer is a very powerful tool at a time like this,” said Ekwerike. “The point of it is understanding your relationship with God.”

Ekwerike also advised Murray to visit other parishes in the archdiocese as some may be looking for the support she wants to give.

Alexandra Sailsman of Theology on Tap was curious as to whether or not Paul, as a veteran, had any thoughts on kneeling during the National Anthem instead of standing. He himself prefers to stand but respects those who wish to kneel.

“I’ve always stood for the anthem because it’s the right thing to do,” said Paul.

Father Thorne concluded the meeting with a prayer. He joined the group from Washington, D.C. where he would take part in the March on Washington the following day to commemorate Rev. Dr. Martin Luther King Jr.’s “I Have a Dream” speech given Aug. 28, 1963, a seminal moment in American history.

“We lift up those in harm’s way, those struggling with the pandemic,” Father Thorne prayed. “Good and gracious God, we thank you for the blessings of this evening. God of peace, God of love and God of Mary, be with us.”

Over the past five months, dozens of young adults have joined the group for its faith sharing discussions. This includes many people who never attended the in-person gatherings. Among them is a student joining in from his residence at Drexel University and a young woman from her Virginia home. Additionally, young parents that often cannot come out have been able to participate while their babies are sleeping at home.

“We miss being physically together but we are able to meet and get to know people who would never come to our physical location,” said Cardone. “In this way, we encompass a broader swathe of our Catholic community.”

Prior to COVID-19, Theology on Tap would usually meet one Thursday each month at Quotations or Sligo Irish Pub in Media. The members hope the number of participants will grow when those meetings are able to resume since so many more people have already joined in virtually.

“I hope that trend will continue,” said Cardone. “The virtual option has been a lifeline, but we are all anxious to safely meet in person again to share fellowship.”

NEXT: After COVID, survivor thanks doctors at Catholic hospital