After COVID, survivor thanks doctors at Catholic hospital 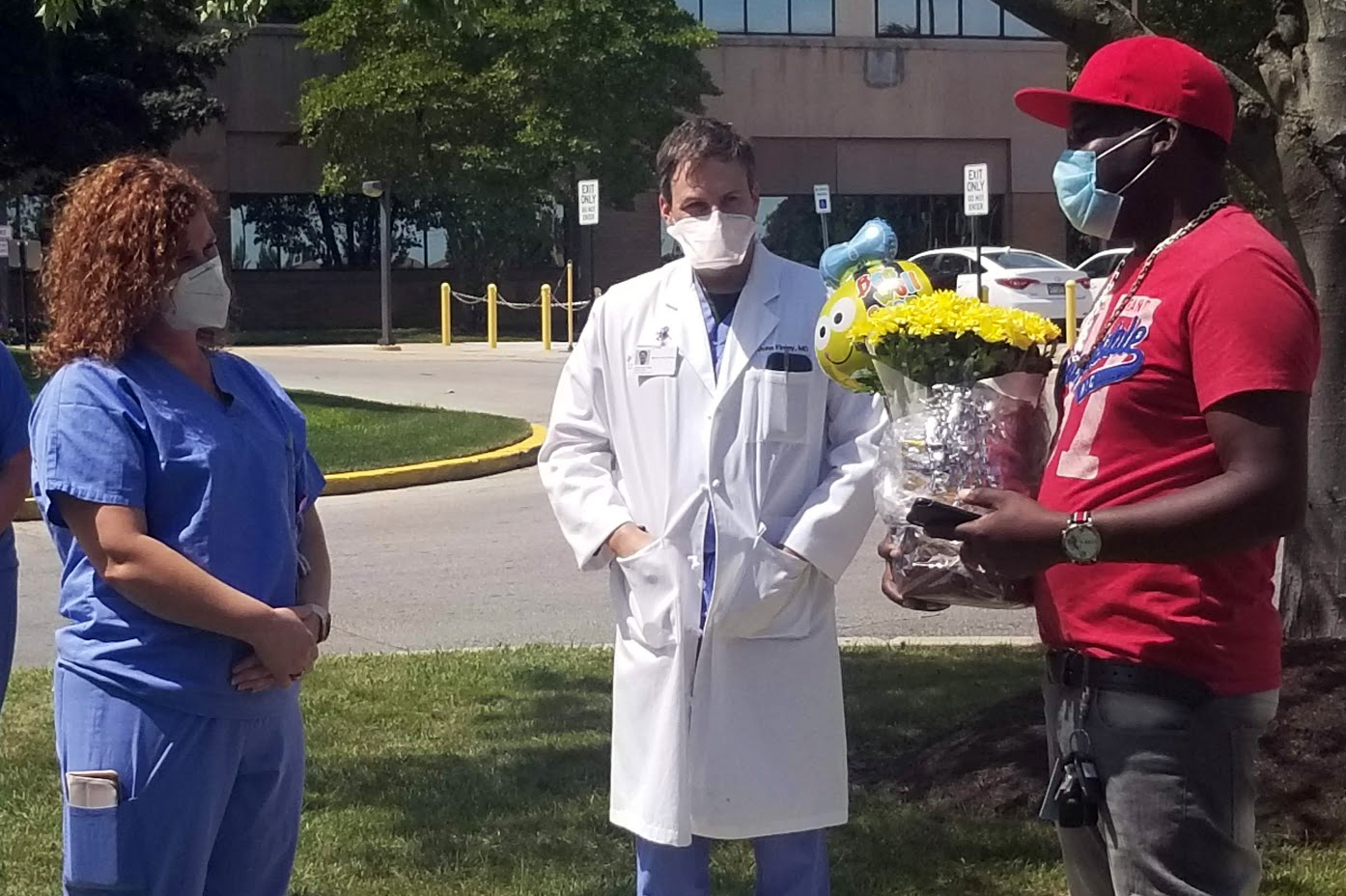 Weeks after his dramatic recovery, a COVID-19 survivor finally had a chance to thank his treatment team at the area’s largest Catholic medical system.

On Aug. 26, Devan Smith met with doctors and staff at Mercy Catholic Medical Center’s Mercy Fitzgerald campus in Darby, where the 42-year-old warehouse worker had been unconscious for five days in May due to the virus.

The disease — which has killed more than 850,000 and infected over 25.5 million globally – caused a life-threatening inflammation of Smith’s heart, while filling his lungs with fluid and shutting down his other organs.

At first, Mercy doctors put Smith on a ventilator. When his heart began to fail, cardiologist Dr. John Finley decided to fight the virus with a double-edged sword: a life support machine to pump more oxygen into Smith’s bloodstream, and an Impella heart pump, the world’s smallest such device.

The approach (recently approved by the FDA) took the burden off Smith’s overtaxed heart, which showed dramatic improvement after four days. He was weaned from the life support machine, and after spending three weeks in the hospital, he returned home, and by July, he was back at work.

“Without those devices to support his system, unload his heart and protect him, there’s no way he would be standing with us here today,” said Finley.

“His heart is normal, which is incredible. They even did a cardiac MRI to look for a scar or residual inflammation and it was normal,” as were his lungs and kidneys, said Dr. Finley.

At the Aug. 26 gathering, Smith exchanged elbow bumps and mask-covered smiles with the Mercy team.

“They are my family,” he said. “Twenty-four seven, they’re there with me.”

NEXT: Tech interns earn Google certs, and skills for life