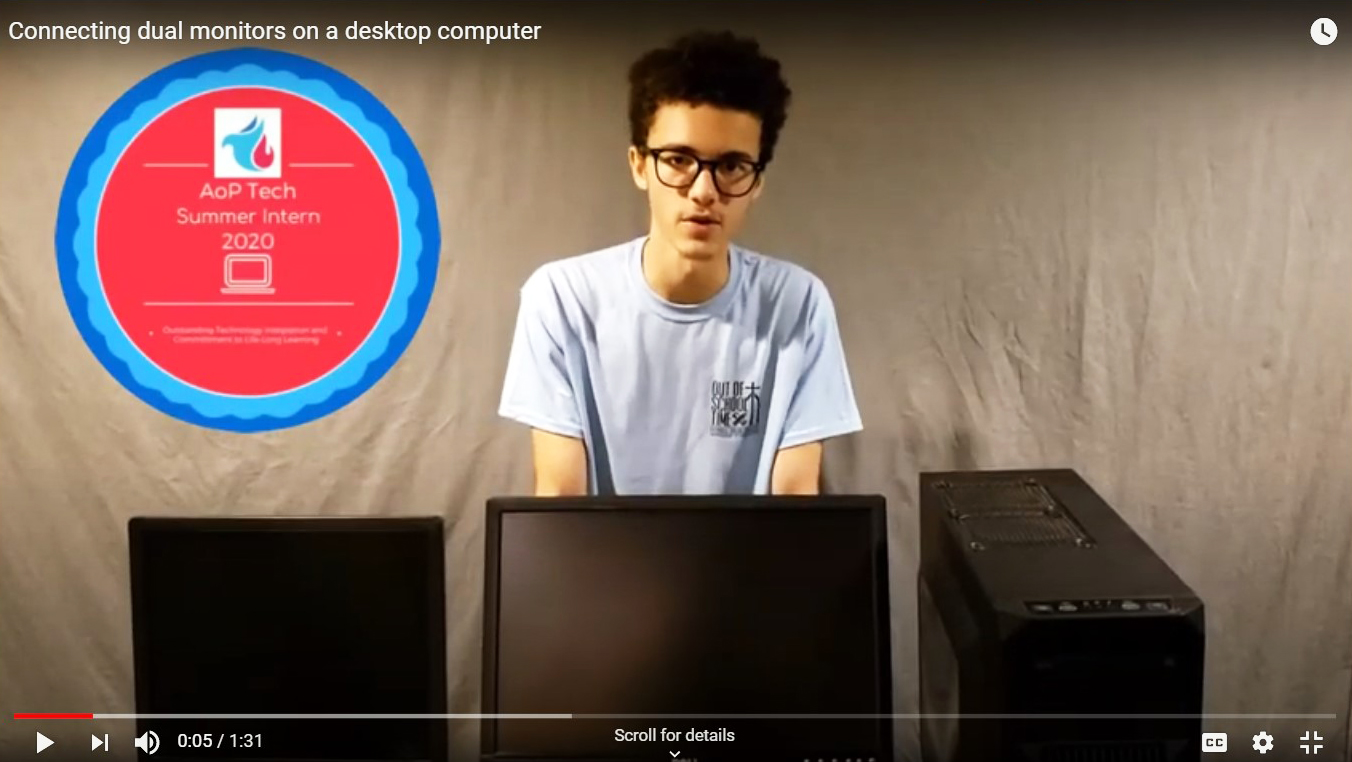 “I can honestly say that I learned a lot,” said Jola Banji-Ajal, a junior at John W. Hallahan Catholic Girls’ High School. “And I can apply everything I learned to daily life.”

Now in its second year, the program has tapped into “a passion in some of our students for which they haven’t really had a pathway to explore until now,” said William Brannick, OCE’s director of technology for grades preK-12.

“We’ve discovered some kids who have loved figuring out networks,” he said. “Some of them talk about home networks they’ve developed that are similar to the ones we have in our schools.”

Although COVID-19 restrictions had moved classrooms online well before summer began, internship coordinators had actually hoped to work directly with the students. Instead, they had to quickly to revise their lessons for remote format.

“A lot of my (original) projects were hands on, such as Chromebook setup,” said Rosie Carollo, technology coordinator at Hallahan. “So I really had to rethink what I could have them do virtually.”

Carollo and Father Judge IT director Tommy Fonville adapted their assignments, with each supervising two of the four interns through Zoom, Google Drive and email exchanges.

The students also submitted reflective journal entries about their projects through Flipgrid, a video discussion platform favored by many educators.

Computer technology focuses on performance speed, but the projects required patience, said Banji-Ajala, who prepared detailed device inventories and product comparisons  – both of which are essential to an organization’s digital best practices.

“I learned that being an internet technician means … you will make mistakes, but don’t beat yourself up over them,” she said. “Everyone makes mistakes, but it’s really how you fix them.”

While students today are considered “digital natives” who grew up immersed in technology, there’s still a lot they need to learn, said Carollo.

Researchers have found that digital natives are adept at using social media and online platforms, but often lack an understanding of the frameworks that power their favorite apps.

Brannick stressed that classroom technology “should really be the springboard to provide a deeper learning experience for our students.”

“Don’t force feed it where it doesn’t belong,” he said. “Use it to enhance learning, and to engage students in an opportunity to expand their education.”

Banji-Ajala and her fellow interns have taken those lessons to heart.

“It was really beneficial to learn these skills,” said Banji-Ajala. “I know I will use them almost every day.”

PREVIOUS: After COVID, survivor thanks doctors at Catholic hospital