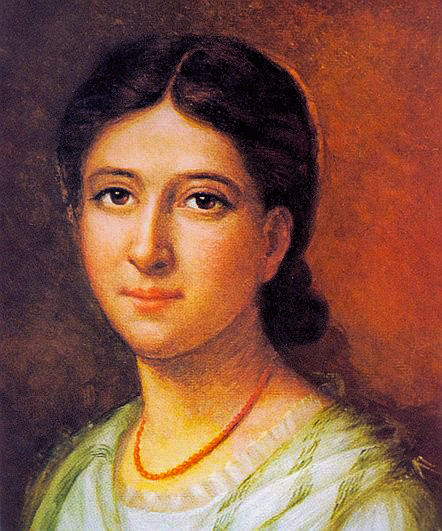 Venerable Pauline Jaricot founded the Society for the Propagation of the Faith as a teenager, organizing French factory workers into small groups committed to supporting missionaries through prayer and charitable donations. (Pontifical Mission Societies/Missio Scotland)

The Philadelphia Archdiocese has just launched a year-long celebration of its 110-year support for missions, and history shows that small beginnings can yield big results in spreading the Gospel.

That’s according to Michele Meiers, assistant director of the archdiocesan Pontifical Mission Societies, who joined some 150 participants at an Oct. 18 Mass at the Cathedral Basilica of SS. Peter and Paul for World Mission Sunday.

Meiers said that she and her staff were looking forward to sharing with area faithful how the church’s current missionary outreach developed over the past century.

In 1922, Pope Pius XI officially united four existing missionary organizations to create the papal societies, which in total now aid some 1,110 mission dioceses throughout the world.

One of the groups, the Society for the Propagation of the Faith, was started by Pauline Jaricot, a 19th-century French teenager who in today’s business world might well be considered a marketing genius.

“She had the happy intuition of ‘networking,’” said Meiers, adding that at age 17, Jaricot (born in 1799) began soliciting regular mission donations from silk factory workers in Lyon.

Like a shrewd sales manager, Jaricot gathered the laborers into circles of ten, with members of the group pledging to pray daily for the missions and to offer the modern equivalent of a penny per week. Each participant in turn each invited 10 additional friends to enlist, and within several months, the collective had enrolled 2,000 workers.

The initiative developed into the first pontifical mission society, “(uniting) believers in prayer and … broadening horizons to alleviate the suffering of people” near and far, Meiers said.

Those donations directly benefited the Catholic Church in this area, she added.

“Philadelphia was one of the first Archdioceses to receive the fruits of Pauline Jaricot’s work,” Meiers said.

In 1822, funds from the first official collection of the Society for the Propagation for the Faith were sent to “the vast diocese of Louisiana,” said Meiers, and at the time, that included faithful in Philadelphia.

Diocesan boundaries have radically changed since then, but Jaricot displayed a timeless gift for overcoming barriers of various kinds. In a divisive age marked by political and cultural turmoil, Jaricot fostered a spirit of broad cooperation among Catholic missionary initiatives, thereby strengthening overall support for global evangelization.

Her devotion to the Eucharist and the rosary were essential to that task, according to biographers. A laywoman, she attended daily Mass and adoration, while serving the poor and needy around her. In 1826, she created a “Living Rosary” movement in which groups would meet monthly after Mass to pray a set of mysteries for the missions. The bond between the rosary and missions grew steadily thereafter, and in 1952 Archbishop Fulton Sheen established a “World Mission Rosary” in which each decade represents a mission field.

Jaricot’s final days were spent in poverty so severe that she herself was forced to accept aid. She died in 1862 and was declared “Venerable” by Pope St. John XXIII in 1963. In May of this year, Jaricot advanced closer to sainthood: Pope Francis authorized the promulgation of a decree approving a miracle attributed to her intercession, to the delight of missionaries throughout the world.

Although “it’s so different now” compared to Jaricot’s time, said Meiers, “the need is still the same.”

“It’s hard to believe there are a lot of people in the world that have not heard the word of Jesus,” she said. “And if people don’t continue to go out, how do we fulfill what we’re supposed to be doing as Christians?”

NEXT: Mass celebrates missionary work, and reminds faithful there’s more to do