New Jersey’s loss is Philadelphia’s gain as two pastoral ministers from across the Delaware River are ready to begin serving the young Catholics of this region.

Both new positions were announced Oct. 23. They replace the former archdiocesan youth office, Anthem, which began in 2017 and focused mostly on engaging young adults until this year.

In July Archbishop Nelson Pérez formed an archdiocesan task force that recommended forming two distinct offices for ministry to youth and young adults, with oversight by the Office for Catechetical Formation. Ministry to young people had been under the Office for Youth and Young Adults until 2012.

Both Davis and Santiago possess long experience working with multicultural groups and both have fluent Spanish language skills. 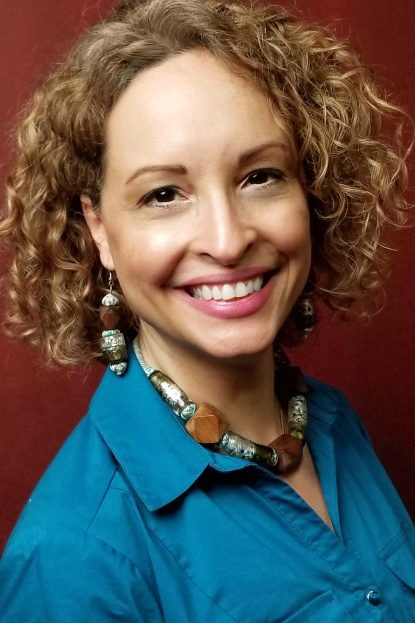 Marisally Santiago, director of the Office for Youth, Archdiocese of Philadelphia.

Santiago has worked for the past two years as assistant director of the Office for Youth and Young Adults, including service to Hispanic young people, in the Archdiocese of Newark. But she had already been a parish youth minister and leader for 10 years in the northern New Jersey church.

She began her service to youth when she herself was a teenager. A native of Puerto Rico, she was raised in Florida and at 16 worked on the leadership team for a weekend retreat run by the Orlando Diocese. That made an impression that would become her life’s calling.

Working with kids ages 12 to 18 has its challenges, among them their need to question everything.

“They have 50 answers for everything,” Santiago said. “How can the church respond to them in a way that gives them clear answers,” is the challenge for youth ministers. “They’re looking to the church for guidance, even if they themselves don’t realize it, especially when it comes to a sense of identity.”

Young people are not satisfied with one answer, but they seek the reasons for a teaching. That is “not necessarily a bad thing,” Santiago said, “it means that they’re thinking. They don’t want to know just the ‘what’ but they want to know the ‘why’ behind it. It gives us youth ministers an opportunity to go even deeper into our faith and the teachings of the church so we can really bring them to life.”

After Santiago and her husband Edgar Caraballo settle into Philadelphia and she begins her new work Dec. 7, she plans first to visit all the parish-based youth groups and their leaders in the archdiocese.

She will then implement two immediate goals. One is to offer youth group leaders what she called “grab-and-go resources.”

As a long-time volunteer herself with busy work and family commitments, she knows many leaders ask themselves, “What do I do tomorrow evening for the youth group? I need quick ideas for putting together a meeting, for different prayers. I need a place I can go and I know I can find some stuff that will help me in making my planning easier,” Santiago said.

The other goal is to offer formation opportunities so that group leaders can gather with and encounter others, which is “an aspect of creating community,” Santiago said.

Catholic formation retreats and workshops would invite presenters on catechetical topics so leaders can respond to youths’ questions. But the gatherings are “not just so they can learn and acquire skills based on whatever their needs are but also to be able to create community and establish connections one with the other,” Santiago said.

She also plans to establish an archdiocesan teen council whereby church leaders are “not just listening to what (teens) want and putting it together for them, but actually getting them involved in the details from beginning to end,” she said.

These might include smaller county-wide gatherings and large events for all the youth in the region. The goal is to “cement in (teens) that they are not just served by the church but that they really are church, and as church they are also asked to give their gifts and not just sit in the pews.” 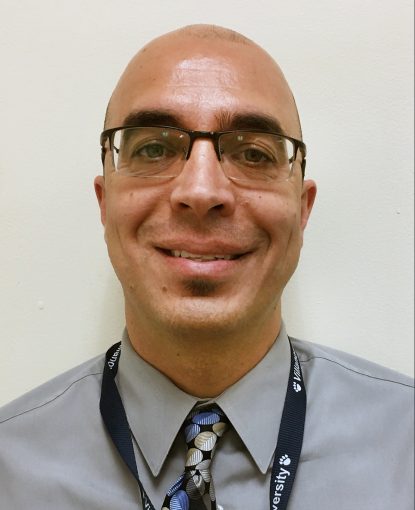 Matthew Davis, director of the Office for Young Adults, Archdiocese of Philadelphia.

Calling forth the gifts of the young is not limited to teenagers, as Matt Davis points out. As the new head of archdiocesan outreach to Catholic young adults starting Nov. 16, Davis knows the age group of people 19-39 is not only the future of the church, but its present.

“The church needs to listen to youth and young adults because they have things to contribute now,” he said. “(They) can benefit from the wisdom of people who are older than them as well — mutuality — each group can learn from one another. Let them be leaders together: intergenerational relationship will benefit everyone.”

In his ministry, Davis aims to bring young adults together with others to “create a community of faith seekers, people who are trying to love God, love their neighbor, grow in their faith, and be on the spiritual journey.”

Young adults, he said, “are the ideal group to do that with. They’re seekers, they’re hungry; they’re very open, they’ve got the intellectual development, spiritual development and they can really engage deep issues in profound ways. It’s exciting to be involved in that ministry.”

Davis has spent many years working with immigrants to the United States, including seven years leading the archdiocesan Office for Pastoral Care of Migrants and Refugees.

The South Jersey native, and current resident with his wife Katy and their infant son, said if young adults find a home in the church in which they “feel they belong, they can have a voice, (and then) they’ll come.”

One goal of his ministry is to help parishes and archdiocesan offices “create a home for people” in which “young adults are going to bring energy and enthusiasm. They’re going to help revitalize our parishes.”

NEXT: Pre-election holy hour calls faithful to pray for U.S.