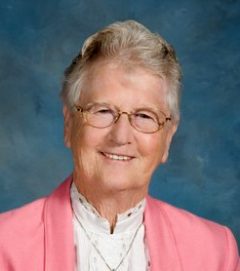 The daughter of the late John and Catherine O’Toole, she attended Holy Savior Grade School in Linwood and Notre Dame High School in Moylan, Delaware County.

In September 1947 she entered the Sisters of St. Joseph, Chestnut Hill, and professed her final vows in 1955.

Sister Kathleen ministered in the archdioceses of Philadelphia, Newark and Washington, and the Diocese of Camden.

She is the sister of the late Margaret Evans. She is survived by a cousin, Sister Mary Goodbody, S.S.J.; nieces, nephews, grandnieces and grandnephews. She is also survived by members of her congregation, the Sisters of St. Joseph.