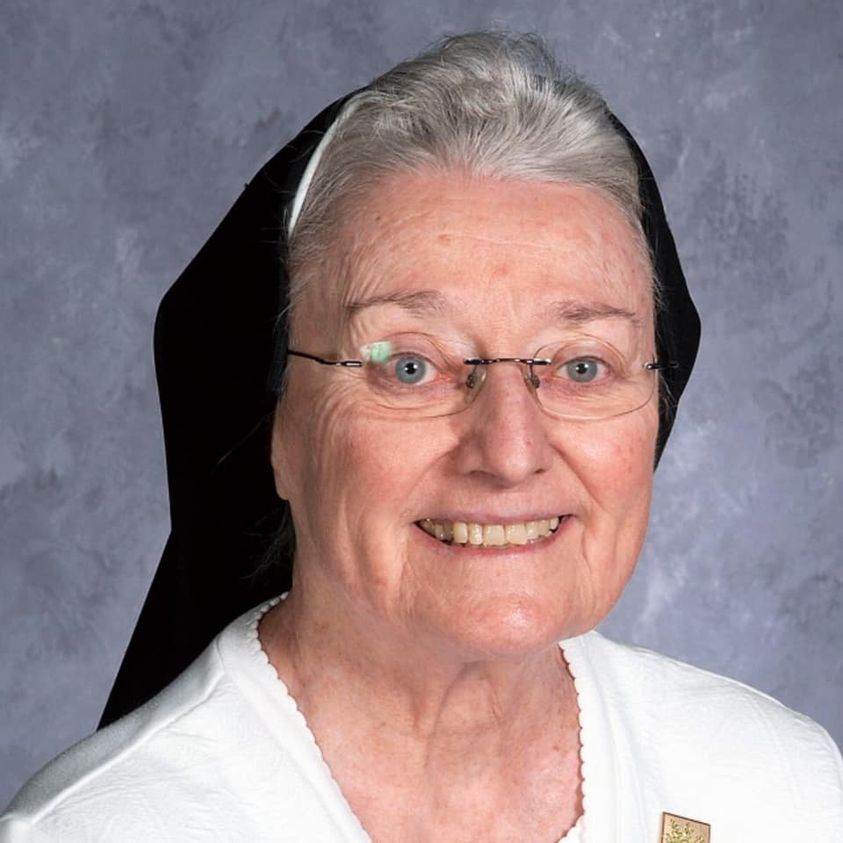 Immaculate Heart of Mary Sister Alice Hess, a mathematics teacher at Archbishop Ryan High School, has just been named an Outstanding Educator by the University of Chicago – but her real skill is teaching people, not numbers, she said. (Archdiocese of Philadelphia)

A teacher at an archdiocesan high school has just been recognized by a major university for making mathematics, and learning in general, “interesting and cool.”

Now a freshman at the University of Chicago, Davila nominated Sister Alice for that institution’s Outstanding Educator Award, which honors teachers who have significantly influenced newly admitted students.

“Prior to taking her classes, I had no idea what to study in college,” said Mathias. “She inspired me to become a math major.”

The subject is one that Sister Alice, who has taught for 50 years, came to enjoy only after graduating high school.

A native of Southwest Philadelphia, she grew up in Levittown and attended Holy Family University. Discerning a vocation to religious life, she entered the I.H.M. order in her sophomore year, completing her undergraduate degree at Immaculata University.

“My best grades in elementary school were in handwriting,” she joked, describing herself as an otherwise “regular kid” who enjoyed all her studies. “But in college, I found out, ‘Gee, I like this math stuff.’”

And “from there on in, it was mathematics,” she said, adding that she “worked hard and spent hours” on her lessons.

At the same time, “they were hours you forgot you were spending on it,” she said, since she found the material so engaging.

She has also published numerous articles in professional journals, while giving in-service presentations nationwide on subjects ranging from algebra to statistics and calculus.

And to add (pun intended) to her list of mathematics honors, Sister Alice is a certified National Teaching with Technology Instructor, an advanced placement statistics reader and College Board consultant, and one of five 2008 U.S. Department of Education Stars of Teaching. Holy Family University awarded her an honorary doctorate, the National Catholic Educational Association lauded her years of distinguished service, and USA Today named her one of the top 20 educators in the nation.

So what’s the variable that sets her apart from other instructors?

Part of the solution is a refusal to tell students to simply “memorize this or that formula and plug it in” to a problem, she said.

“I don’t allow them to use any formula we haven’t proven,” said Sister Alice. “I want them to see math as a very logical, cohesive structure where you make a definition, an assumption, and then you keep building on that, and making new things out of old.”

In fact, the beauty of mathematics lies in its “internal agreement” from which “you can develop a whole body of truth,” she said.

Beyond her enthusiasm for the subject, however, is a commitment to something much more fundamental.

And that’s a lesson Davila has taken to heart.

“Sister Alice also has always pushed me to become a better student, a better worker, a better Catholic, and a better person,” he said.

NEXT: Local author’s book helps kids hold on to belief in Santa Claus