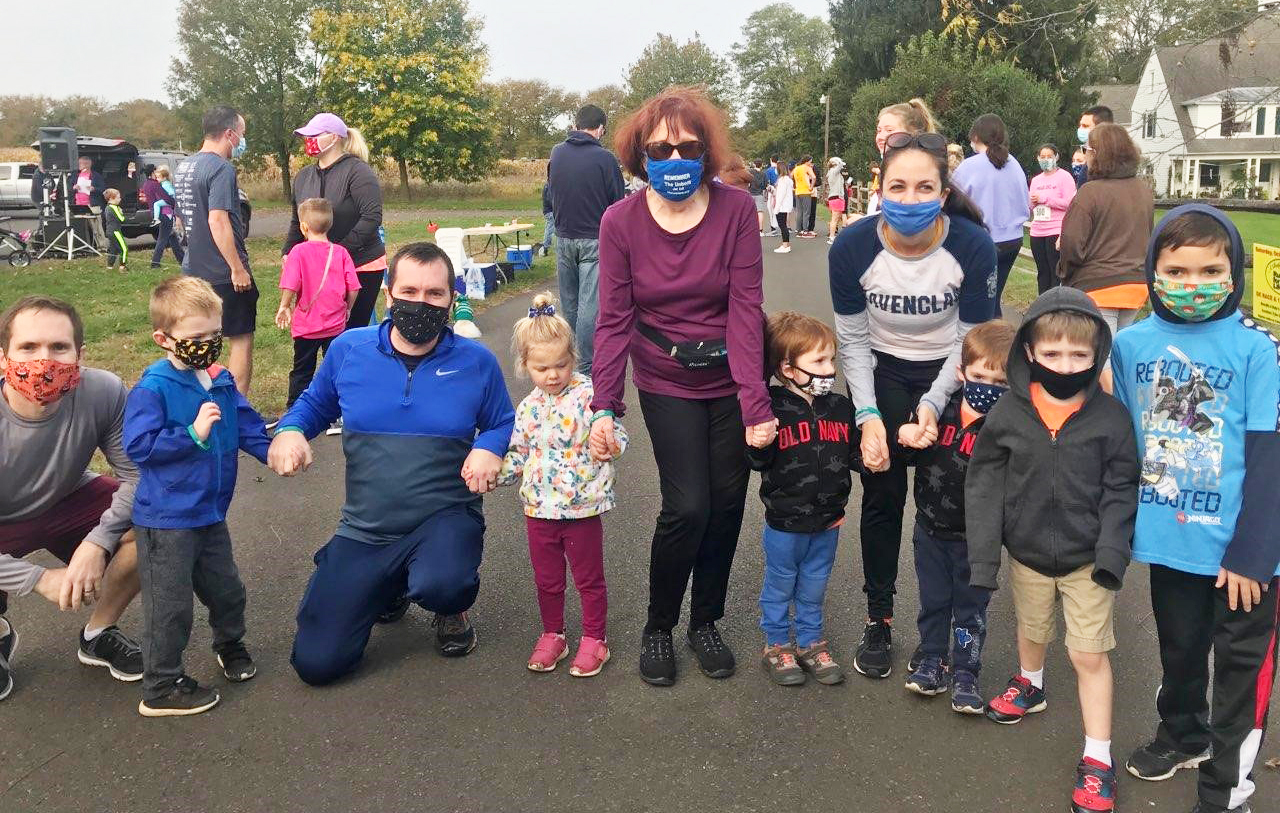 A Baby's Breath organizes annual Run for Life 5K events as successful fundraisers. Shown at this year's event in Warminster (from left) is the family of race director Ed Klenk including his son Matthew and grandson Jack, Ed's son Michael and grandson Emerson, Ed's wife Maureen, son Patrick and his wife Jenny along with their children Alex, John and Christopher.

In this year of uncertainty, one life-affirming option for local women in a crisis pregnancy remains constant. A Baby’s Breath, with pregnancy centers in Collegeville, Jeffersonville, Phoenixville, Wayne and Warminster, is marking its 20th anniversary.

It began when Karen Patota first held her newborn child and felt a strong urge to advocate for protecting life. In early 2000 she became involved with a charity fundraiser that turned out to be the starting ground for a crisis pregnancy center.

“We raised $5,000 through a Run for Life with the Respect Life Committee of Visitation B.V.M. Parish in Trooper,” said Patota.

At the time, Patota was unsure about launching A Baby’s Breath. With aid from Joe Baldassari, a partner with the law firm Furey and Baldassari, an application for a nonprofit status was obtained in June 2000 and the center was well underway.

Expecting her fourth child at that point, Patota formed the new organization with its first center on Aug. 15, 2000, the Solemnity of the Assumption of the Blessed Virgin Mary, Mother of God.

The space for the first center, donated by a Visitation B.V.M. parishioner, was in Fairview Village, Montgomery County. When the center became inaccessible to clients from Norristown it moved to a location in nearby Jeffersonville for six years. After another move the center finally settled at its present location, 2062 West Main Street, Jeffersonville.

In those early years Patota operated all three centers herself. After five years, she was able to expand to director positions at each location, in which those gifted leaders work with visiting clients and center volunteers. A general manager forms the budget and ensures adequate fundraising. A donations coordinator uses technology to keep track of donations of time, talent and treasure from the community.

Moving on to St. Davids, Chester County in 2006 with a larger staff, A Baby’s Breath opened up another location less than one block from Planned Parenthood. After a six-year stay in Bryn Mawr on the Main Line, to this day the center in Wayne continues to be accessible to provide and advertise assistance with crisis pregnancies.

It has ample space for ultrasound imaging, parenting classes and plenty of baby-care supplies as nearby parishes make generous contributions.

When asked in 2014 by a permanent deacon at St. Ann Parish in Phoenixville about how a 5,000-square-foot space could be put to good use, Patota said it would come in handy for a new location of A Baby’s Breath.

The center for counseling opened on May 31, 2015, the Feast of the Visitation. Two years of hard work followed before this center could also house pregnant mothers who also were homeless. The first baby arrived on Oct. 1, 2016, the Feast of St. Therese of Lisieux.

Many of the expectant mothers coming to the Phoenixville center have spent many years living in crisis. They share their experiences with A Baby’s Breath counselors who help the mothers overcome their predicament.

“They share their goals with us,” said Patota. “We’re the listeners. They want to get a job. They want a home. Our job is to help them get out of the crisis.” 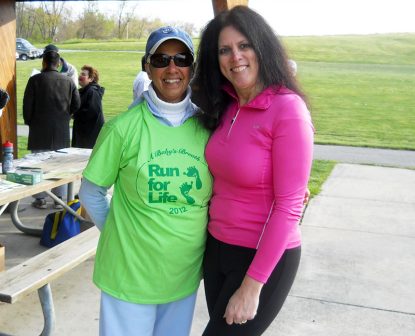 Karen Patota, right, founder of A Baby’s Breath, takes time with volunteer Maria at the Run for Life benefitting the crisis pregnancy center in Norristown.

To celebrate the accomplishments of the last two decades, the Warminster Run for Life took place Saturday, Oct. 10 at Tyler State Park in Richboro. This was a suitable time to hold the run with October observed in the Catholic Church as Respect Life Month.

Participants had the option of running the 5K or 1-mile fun run, walking a mile or simply extending support. According to Ed Klenk, the Warminster Run for Life race director, there were about 200 participants and the event raised more than $26,000.

“This was our biggest event yet this year,” said Patota. “Many people were anxious to get out.”

Faithful sponsors donated a large percentage of the proceeds — see a full list of sponsors at ABabysBreath.org.

“We are well on our way to meeting our annual budget of $130,000 even with the cancellation of our Silent Auction,” said Patota. “Our golf outing at the Jeffersonville Golf Club was a big success, raising over $30,000. This shows the commitment of our private sponsors.”

Due to the COVID-19 pandemic, three other runs that support A Baby’s Breath are going virtual this year. The Collegeville, Phoenixville and Wayne Runs for Life will all be held virtually through Saturday, Nov. 14.

To participate in any of them, visit ABabysBreath.org, click on Events, scroll down to Run for Life, select your choice of run and download a brochure. Pledges and donations are due Nov. 14 where participants can pick up their T-shirts outside the centers.

“We have a goal of raising awareness for our services with our Runs for Life,” said Patota.

She added that A Baby’s Breath relies heavily on its loyal volunteers, and each day it continues its commitment to do all its work consistent with the teachings of the Catholic Church.

“We are committed to life,” said Baldassari.

NEXT: Young adults with disabilities get a home of their own