Despite COVID and snowstorm, Christmas still came for kids 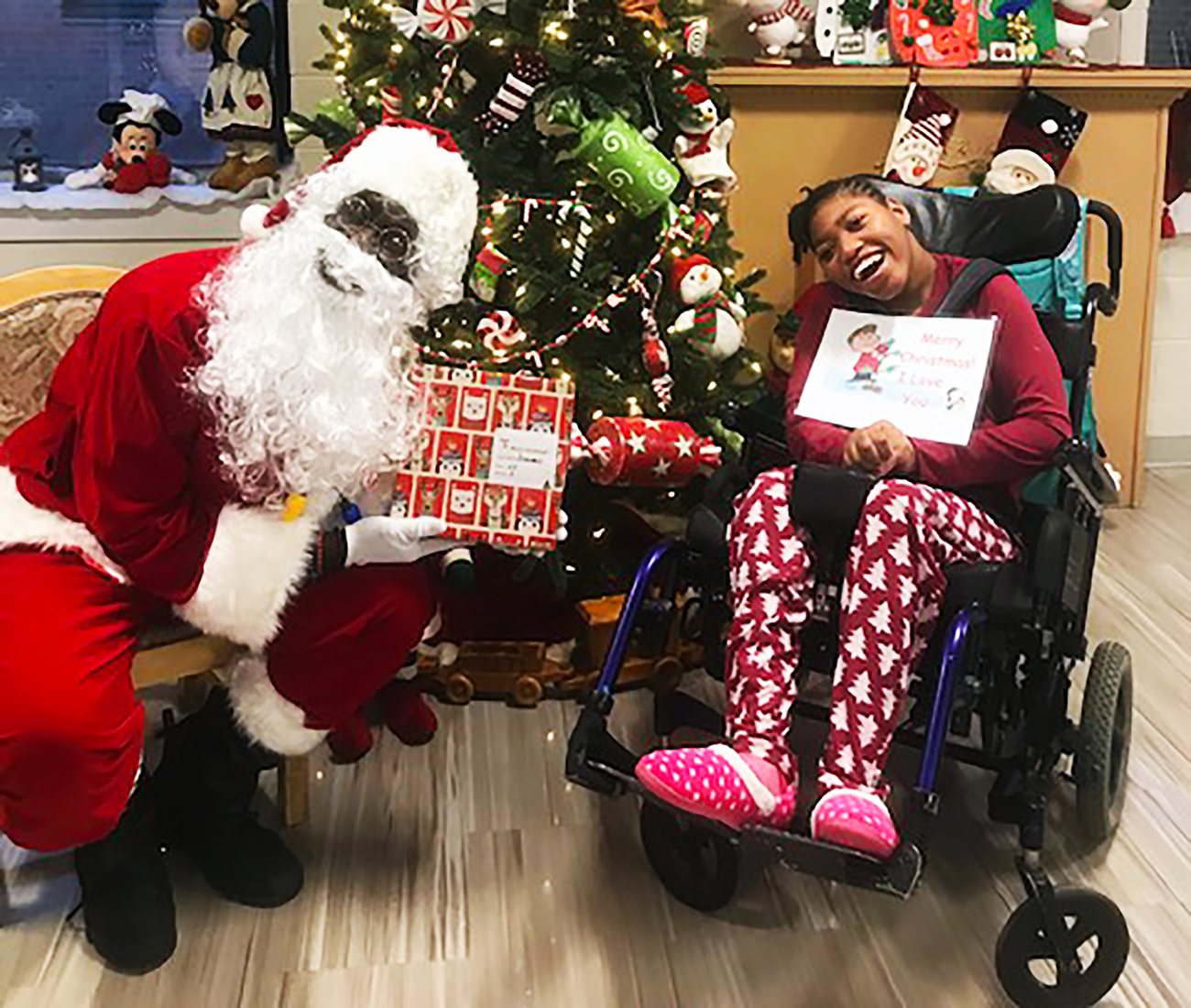 An archdiocesan Christmas tradition looked different due to COVID, but still brought joy, hope and a little something from Santa to hundreds of area children, said organizers.

For decades, the annual Archbishop’s Benefit for Children Christmas Party has capped a year-round fundraising effort with a festive bash at a downtown Philadelphia hotel. Live Nativity scenes, choirs, games, balloon drops and a birthday cake for Jesus have all been standard for the celebration, which helps support numerous kid-focused initiatives overseen by archdiocesan Catholic Social Services (CSS).

Stoner, who has supervised the benefit for 33 years, said she and her team had already revised 2020’s event (the 65th, and 11 months in the planning) to accommodate pandemic restrictions. Rather than staging a large indoor gathering at a hotel ballroom, they considered giving Archbishop Nelson Pérez a trolley tour of the various CSS sites, enabling him to share Christmas wishes with small groups of kids at each stop.

Eventually, Stoner decided to simply scale back the event to a party at St. Edmond’s Home for Children, a CSS intermediate care facility for children aged six weeks to 21 years who are affected by a range of profound physical and intellectual disabilities.

Residents would have been able to briefly sample outdoor activities – including the live Nativity and choir performances – before enjoying refreshments and a pastoral visit from Archbishop Pérez.

To create a winter wonderland for the St. Edmond’s children, Stoner had even rented snow machines for the Dec. 17 occasion. 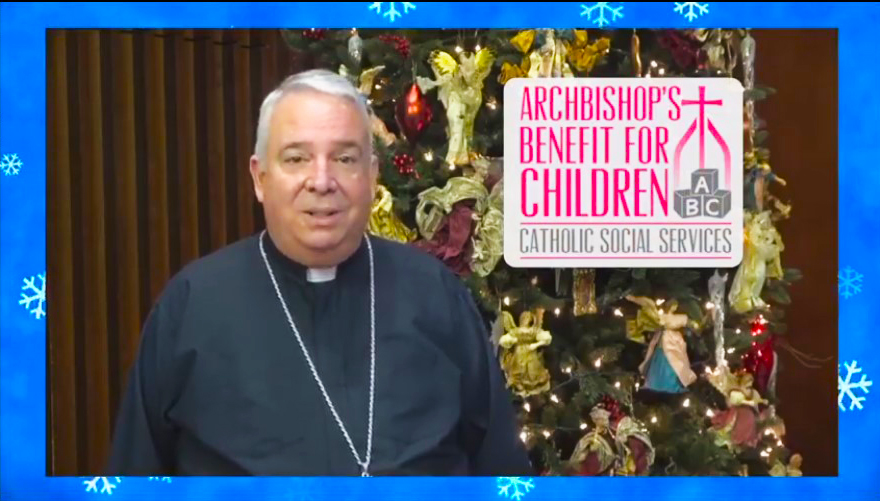 Archbishop Nelson Pérez greets participants in an adapted version of the annual Archbishop’s Benefit for Children, a year-round fundraising effort by archdiocesan Catholic Social Services that normally concludes with a lavish in-person Christmas party for children. Due to the COVID pandemic and a snowstorm, the benefit – now in its 65th year – was reformatted but still successful, said organizers. (Facebook/Archbishop Nelson Pérez)

As it turned out, she didn’t need them. The area’s largest winter storm in 1,000 days ended up blanketing the region that morning with some 6-10 inches of polar white powder.

Though picturesque, the snow proved to be the last straw, said Stoner.

“Never in all my years has the party ever had to be canceled,” she admitted.

But in a very real sense, she added, the Christmas spirit still triumphed – even over a nor’easter and a resurging wave of COVID.

Archbishop Pérez recorded a video message for all those who would have attended the full-scale event. St. Edmond’s and other CSS sites hosted smaller gatherings at which presents donated to the benefit were distributed.

“We made sure that all the children who would have attended received a gift,” said Stoner. “In the end, the party still went on. Christmas still happened for these kids.”

In fact, the “outpouring of support and enthusiasm” from archdiocesan high school students and employees “exceeded expectations,” she said.

That generosity also helped to fill St. Edmond’s employee food pantry with “a ton” of staples, added Stoner, who commended her staff’s ability to pivot effectively amid a fluid situation.

“This is an opportunity to see how we can continue this tradition, knowing it will probably look different, but it can be just as wonderful,” she said.

As 2020 ebbs away, Stoner said she and her staff have already begun looking ahead.

“For us, Christmas is 365 days of the year,” she said. “Because the need of these children is always there.”

PREVIOUS: Our Lady of Guadalupe a ‘gift to the church,’ says archbishop