Manger scene in alley brings ‘light in the darkness’ 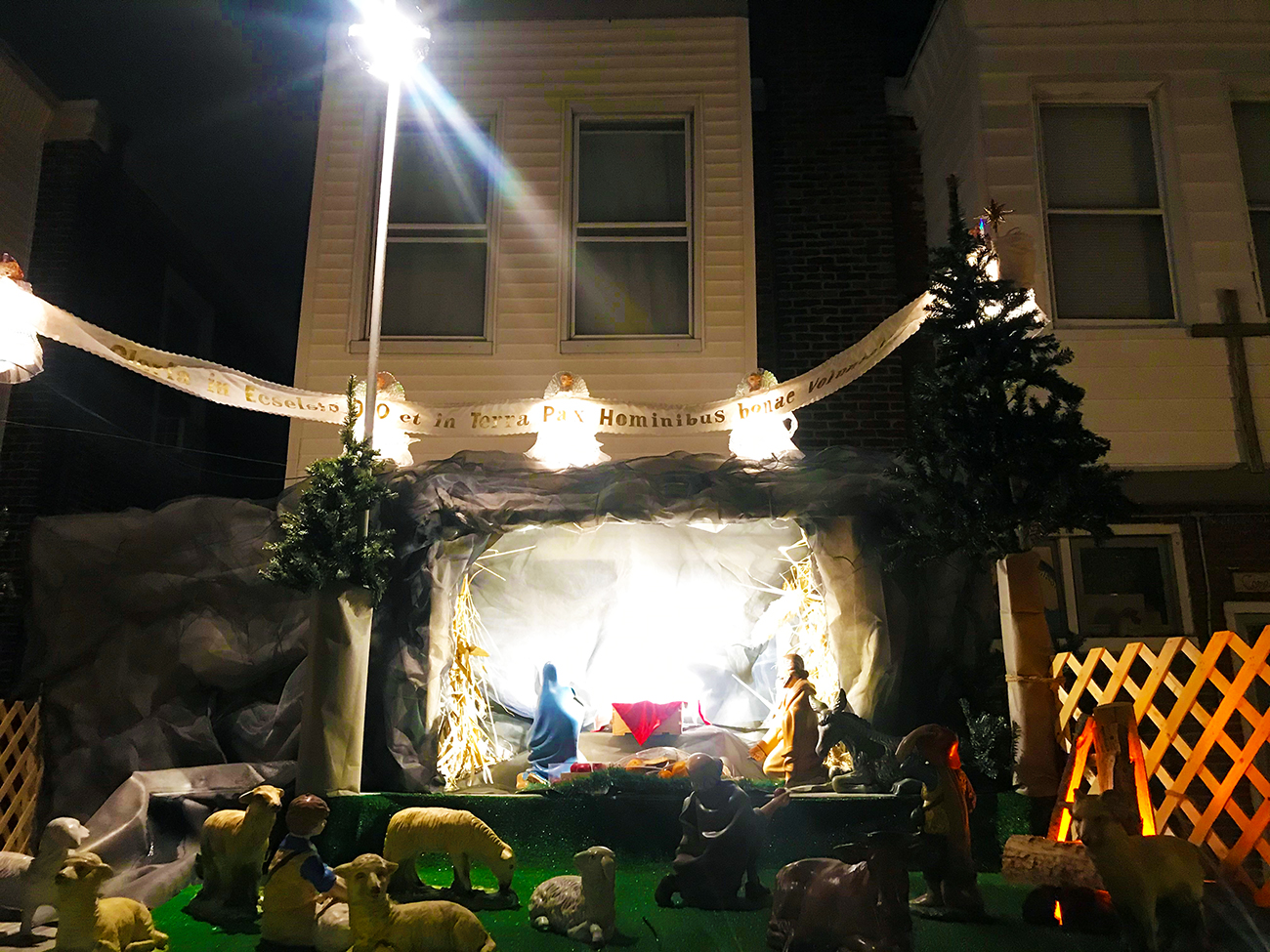 A manger scene behind Our House Ministries in Philadelphia’s Grays Ferry section, pictured Dec. 29, has attracted numerous visitors and brought “light in the darkness” to an area struggling with poverty, addiction and gun violence, said Our House founder and chaplain Father Douglas McKay. (Photo by Pat Kennedy)

A manger scene in South Philadelphia is bringing hope to a neighborhood wounded by substance abuse, poverty and gun violence.

“People are stopping by to see it, because it’s a light in the darkness,” said Father Douglas McKay, founder and chaplain of Our House Ministries.

Located next to St. Gabriel’s Parish in the city’s Grays Ferry section — an area long ravaged by drug and alcohol addiction — the nonprofit ministry provides recovery homes, conducts numerous group recovery meetings each week and offers intensive spiritual support for those seeking sobriety. Our House also hosts a chapter of the Calix Society, an international organization for Catholics in recovery that stresses the power of sacramental grace in overcoming addiction.

Earlier this month, Father McKay had expressed a wish to set up a crèche in the alley behind one of the ministry’s recovery homes.

Amid the densely packed houses, many without porches or yards, “not a lot of neighbors are able to put up manger scenes,” he said.

An anonymous benefactor immediately stepped forward to construct a stable, which was placed atop a platform and framed by a backdrop.

“We nicknamed him St. Joseph,” said Father McKay of the benefactor, referencing the saint’s profession as a carpenter.

The man also installed a small fountain to represent “the water gushing from the side of Christ, the living waters of salvation,” Father McKay said.

He and the benefactor then purchased Nativity figurines through the archdiocesan Ecclesiatical Exchange, a privately managed resource for sacred art and objects. Throughout Advent, the statues were gradually set within the crèche.

“You had to wait for the Baby Jesus,” said Father McKay.

Three angels are perched atop the stable, bearing a banner with the annunciation to the shepherds from Luke 2:14, “Gloria in excelsis Deo et in terra pax hominibus bonae voluntatis (Glory to God in the highest and on earth peace to men of good will).”

A lighted cross mounted to a nearby pole illuminates the scene, and when photographed its rays “look like the Star of Bethlehem,” said Father McKay.

Despite the high incidence of theft in the area, he’s not worried about the statues being stolen.

Our House’s resident pets, Queenie the cat and Lucky the dog, have occasionally “crawled into the manger,” said Father McKay, adding that human visitors would do well to follow their example.

“Put yourself in the Nativity scene,” he said. “You can be a shepherd, or a lost sheep.”

Regardless of which role you choose, said Father McKay, “we’re all the children of God.”

NEXT: Delco families get helping hand for their holiday tables