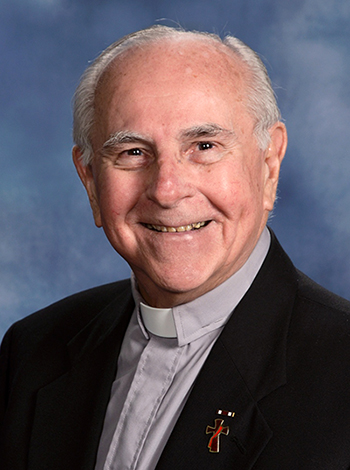 He was ordained June 2, 1996 by Cardinal Anthony Bevilacqua at the Cathedral Basilica of SS. Peter and Paul and assigned to St. Paul Parish, Norristown where he served until his retirement in February 2010.

Prior to his death, Deacon Dayoc was residing with daughter Susan in Baton Rouge, La.

Deacon Dayoc was a retired civilian employee of the United States Department of Defense, serving as the commander of the U.S. Army Reserve Center located in Norristown. Prior to that he served both active and reserved duty in the Army, rising to the rank of lieutenant colonel. He served on active duty during the Korean conflict.

The funeral Mass was celebrated Jan. 25 at Holy Savior Church in Norristown. The principal celebrant was Bishop John J. McIntyre, and the homilist was Father Francis Sabatini.

NEXT: Sister Lauretta, teacher at Nazareth Academy for 42 years, dies at 98