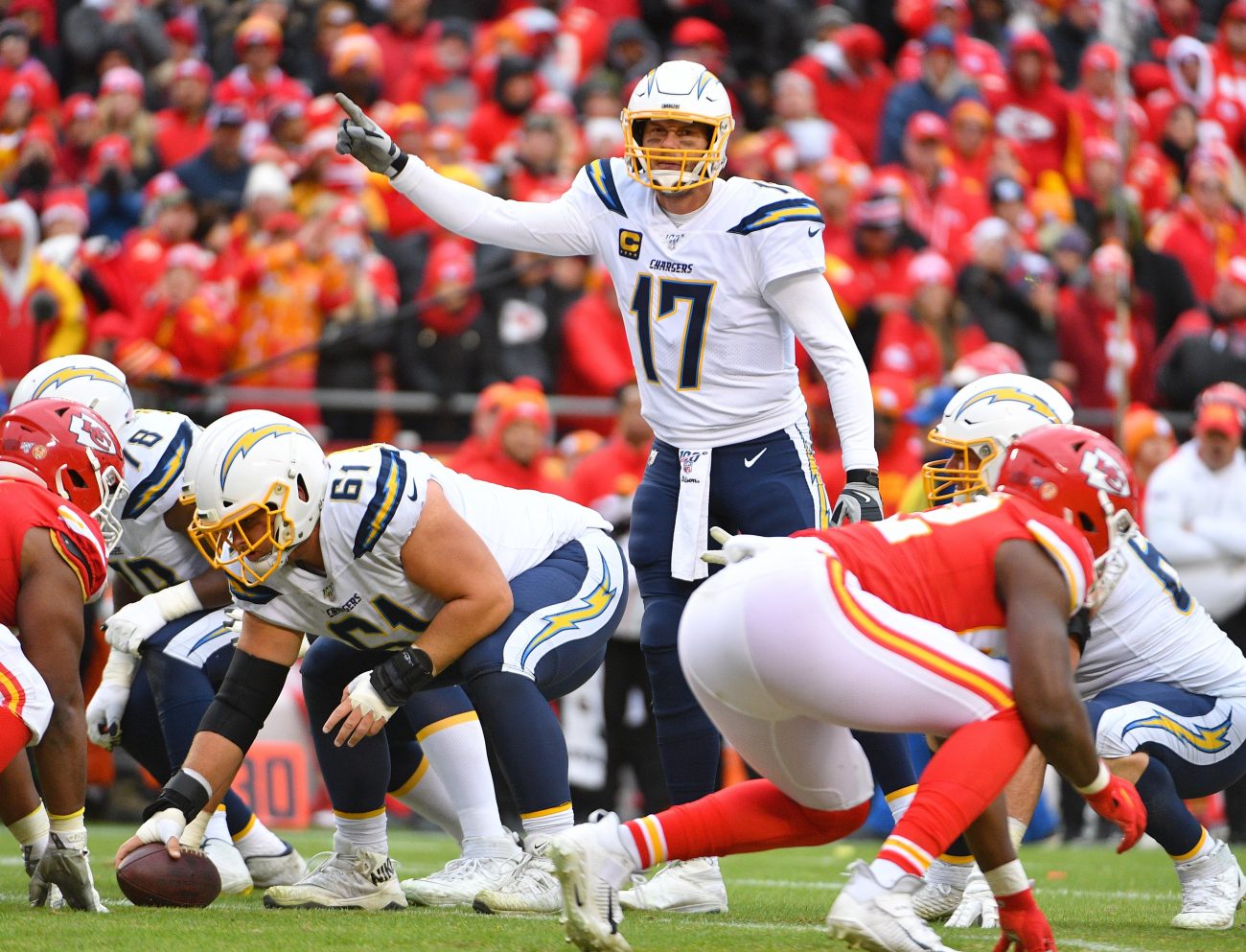 Then-Los Angeles Chargers quarterback Philip Rivers is seen playing against the Kansas City Chiefs at Arrowhead Stadium Dec. 29, 2019. Rivers, most recently with the Indianapolis Colts, retired on the feast of St. Sebastian, patron saint of athletes. He will be the new head football coach at a Catholic high school in Archdiocese of Mobile, Ala. (CNS photo/Denny Medley-USA TODAY Sports via Reuters)

FAIRHOPE, Ala. (CNS) — After 17 seasons in the NFL, quarterback Philip Rivers will begin his next career as head football coach at St. Michael Catholic High School in Fairhope in the Mobile Archdiocese.

In May, the school named Rivers “head coach-in-waiting” whenever his playing career was over. Rivers played last season with the Indianapolis Colts and announced his retirement from the NFL Jan. 20, the feast of St. Sebastian, patron saint of athletes.

“Every year, Jan. 20 is a special and emotional day. It is St. Sebastian’s feast day, the day I played in the AFC championship without an ACL, and now the day after 17 seasons I am announcing my retirement from the NFL,” Rivers said in a statement released by the school.

The 39-year-old Rivers reached eight Pro Bowls and ranks fifth in NFL history with 63,440 passing yards. He led the Colts to an 11-5 record and an NFL playoff berth before they fell 27-24 to the Buffalo Bills in the opening round of the postseason.

Before joining the Colts, Rivers played 16 seasons with the San Diego/Los Angeles Chargers.

“What has helped me come to this (decision) is the growing desire to coach high school football,” Rivers said. “That’s what I’ve always wanted to do. It’s been growing. I can’t wait.” 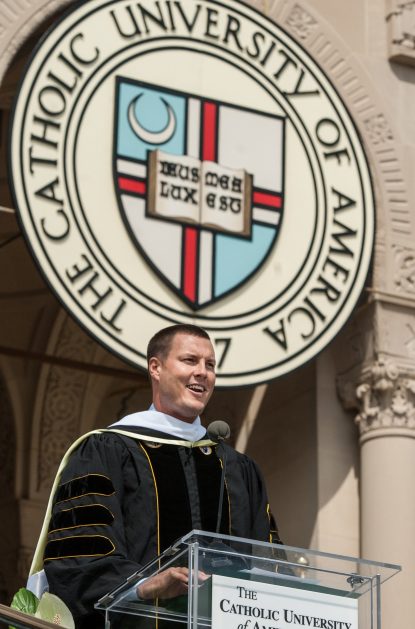 Philip Rivers, then-quarterback for the San Diego Chargers, addresses graduates May 17, 2014, in Washington during The Catholic University of America’s 125th annual commencement ceremony. Rivers, most recently with the Indianapolis Colts, retired on the feast of St. Sebastian, patron saint of athletes. He will be the new head football coach at a Catholic high school in Archdiocese of Mobile, Ala. (CNS photo/Ed Pfueller, Catholic University of America)

He added: “I can sit here and say, ‘I can still throw it. I love to play.’ But that’s always going to be there. I’m excited to go coach high school football.”

He and his wife, Tiffany, are parents of nine children.

“We’re both thrilled and humbled about Philip joining our staff,” St. Michael principal Faustin Weber said. “His football credentials are impeccable — by any objective measure, he’s up there with the greatest NFL quarterbacks of all time. But what we’re most excited about is we believe he’ll promote our mission to form ‘scholars, leaders and disciples of Jesus Christ’ in a powerful, credible way.”

“He’s devout in his faith, he’s a good father and husband, and he’ll be a great leader and example to our young men,” Weber added. “He’s also fiery and competitive, and we’re OK with that! We feel incredibly blessed to welcome Philip, his wife Tiffany and the whole Rivers clan to our community.”

Rivers is expected on campus for spring practice, which will likely begin in late April or early May.

“This is an exciting time for St. Michael. We are extremely grateful to see Coach Rivers taking the reins to our program,” Knapstein told The Catholic Week, Mobile’s archdiocesan newspaper. “It is truly God’s providence that our program will be led by a person with Coach Rivers’ experience and character, both on the field and off.

“We’ve come a long way these first five years. We are excited to see where Coach Rivers and his staff will take us in the future.”