This Lent, learn about life from one of the saints 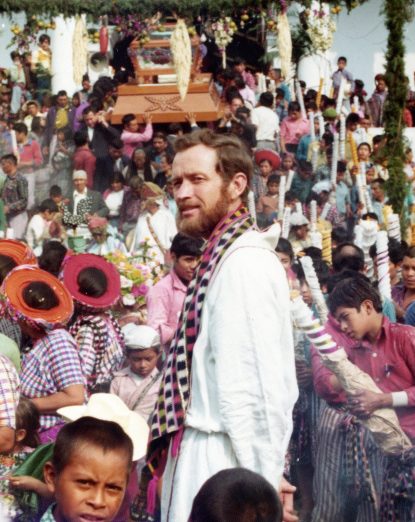 Blessed Stanley Rother, a priest of the Oklahoma City Archdiocese who was murdered in 1981 in the Guatemalan village where he ministered to the poor, is pictured in an undated photo. (CNS photo/Archdiocese of Oklahoma City archives)

I was in the town of Santiago Atitlan, Guatemala. With a backdrop of two volcanic mountains and facing one of the most beautiful lakes in the world, it was a picturesque place. It was also where, in 1981, Father Stanley Rother became the first American citizen to be martyred.

A group of parishioners had joined me for a Sunday afternoon outing, coming from the neighboring town of San Lucas, to visit Father Rother’s former church. We were spending some time in Guatemala working with people in San Lucas, building cinder block stoves, constructing simple houses and getting to know the Kaqchikel people.

Santiago Atitlan, so nearby, had a different culture. The people were Tz’utujil and many still spoke that language instead of Spanish. Father Stan, who had come from Oklahoma, had immersed himself into the people’s lives so fully that when members of his congregation were being killed during the Guatemalan civil war for their work for justice, he was in deep anguish.

Although he was a U.S. citizen, he discovered that his name, too, was on the secret death squad list. At first, he left the country and returned to Oklahoma. But eventually, saying that when the sheep are in danger the shepherd cannot run, he chose to return to guide his people. He took precautions, sleeping in a different room of the sprawling church complex each night. But one night the death squad came and found him.

The small room where Father Stan had died is now a chapel for personal prayer. One can still see some blood on the floor where he had been killed. After everyone else in my group had left the room, I stayed to pray for strength and perseverance in my own ministry.

Spending time with a saint is an awesome experience. I felt like I was personally connected with Father Stan, now Blessed Stanley Rother.

There are many ways to spend time with a saint, and Lent is a great time to do it.

Each Lent I immerse myself in the experience of at least one saint. This has included both the ones of old and more contemporary ones, some not yet canonized. Often this immersion can be done by choosing the right books to read. 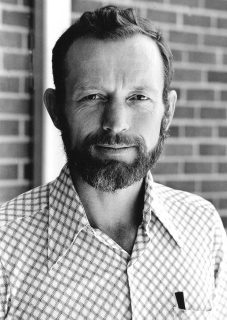 I’m not sure why I started exploring lives of saints for Lent, but I suspect it was my desire to form an image in my mind of a holy person and not just analyze tenets of spirituality. In other words, I needed to enter their experience and feel what they felt, to get to really know them. Faith as expressed through men and women who lived well is both inspiring and relatable.

In this immersion into the lives of saints, there are several common threads. The first is the profound and intentional prayer life that comes through. Some like Teresa of Kolkata, had experienced great darkness, as she called it, feeling an absence of God. Others like Catherine or John of the Cross, discovered a deep mystical oneness with God.

In addition to prayer, virtually every saint also served the needs of others. Besides Mother Teresa working with those dying in the streets of Kolkata, Sisters Dorothy Stang and Maura Clarke dedicated their entire lives to work with the poor of Latin America. Dorothy Day coupled her service of the poor with a radical voice against injustice in her ministry through the Catholic Worker House.

As I explore the lives of the saints, I am overwhelmed by the way these men and women were willing to suffer for the faith. Some like Jean de Brebeuf, Oscar Romero or Blessed Peter To Rot died in direct response to their ministry for the faith. Others, like Damien, suffered many other setbacks before actually dying.

Upon reflection, the common qualities of these saints are: prayer, charity and suffering. Those conform to three ways of observing Lent — almsgiving, prayer and fasting — found in the Gospel reading for Ash Wednesday (Mt 6:1-6, 16-18).

In 2005 when I was tasked with starting a new parish, I was also asked to propose a name for the parish. The possibilities were great as I considered all the saints I had come to know. Ultimately, I asked the bishop to consider Pope John XXIII to be our patron. And this new parish was born.

I was acquainted with Pope John through my own studies of his life and the Second Vatican Council. I remember his election in 1958, had visited his tomb, and had read biographies and his own journal. In short, he encapsulated what I felt a parish should be in the new century.

Whether during Lent or any other time, making a connection with a saint can provide the necessary inspiration that we all need to follow the Gospel and live for the kingdom of God.

NEXT: Keeping the fast is more about a battle of spirit than food