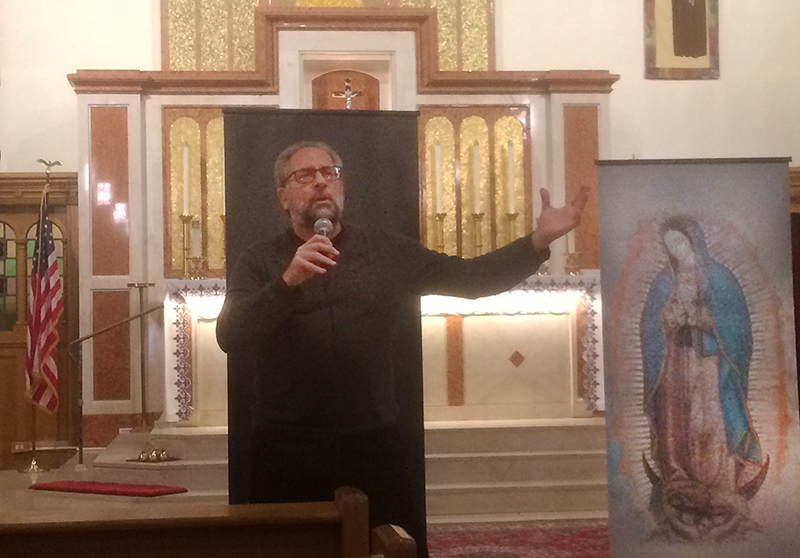 To begin its Lenten journey, St. Francis of Assisi Parish in Springfield, Delaware County welcomed Catholic singer/songwriter Marty Rotella for two sessions last week with songs that, as he described, delivered the message of God’s love to help people develop concern for others and give themselves a sense of self-worth.

Rotella is also an evangelist with “Spirit Power,” a ministry of the nonprofit Stewardship: A Mission of Faith.

His visit to St. Francis was not his first to the parish. He gave a lecture on Our Lady of Guadalupe in December 2019 during Advent, and a month later he returned and provided piano music during a talk by Father Allen Hoffa.

“Every time he comes, he has a different message to share,” said Father Matthew Trailes, parochial administrator of St. Francis.

To accommodate people’s busy schedules, Rotella spoke at two different sessions at the parish: Sunday, Feb. 21 at 7 p.m. and Monday, Feb. 22 following the 8 a.m. weekday Mass. Sunday evening drew about 50 people and about two dozen came on Monday, a few of whom attended the night before and wanted to come again.

“It was a small crowd,” said Rotella, but he was pleased that the attendees could “take something home with them.”

In his travels, particularly in the southwestern United States, Rotella has experienced crowds of various sizes. One presentation was only to three people, and on a trip to Mississippi, he gave a talk to seven. When he found his way to Las Vegas, his presentation drew thousands.

The theme for the two-day event was “Reignite the Fire.” Lent is a time of transformation. To help people see what they can do to make a difference during the penitential season of Lent — a time for transformation — Rotella performed the song “Let Your Light Shine,” the lyrics of which draw from the Gospel of Matthew (5:16).

“Those words are powerful so (a person) may feel the warmth that burns deep down within you,” Rotella said.

He focused on the three pillars of Lent: prayer, fasting and almsgiving. Talking to God, listening to him and praising him all are ways to pray, and Jesus has the answer to those prayers, Rotella said as he led the faithful in praying the Lord’s Prayer.

He focused on the words “thy” and “us” — in particular “thy name,” “thy kingdom come,” “thy will be done,” “give us,” “forgive us,” “lead us” and “deliver us,” all phrases that may be reflected upon when one prays the Our Father.

“Us represents everyone from Adam and Eve until the end of time,” said Rotella.

The Our Father was then sung as a reminder that, echoing St. Augustine, the person who sings to God prays twice.

Regarding the Lenten practice of fasting, Rotella said it means making a sacrifice unconditionally. Besides refraining from eating, other acts of sacrifice could include showing kindness, shoveling snow for a neighbor or being careful with one’s words when speaking with others. Rotella said during one Lent he gave up listening to music in his car to pray the rosary.

“It’s a powerful journey,” he said.

Giving of oneself and helping others is what almsgiving is about, and the model for it is Jesus. As a reminder, Rotella led the way in his song “Whisper of the Wind.”

“Faith is phenomenal,” he said. “Jesus is awesome.”

Among those that came to listen on Monday morning was a parishioner of St. Francis who did not wish to give her name but simply described Rotella as amazing, friendly and loving.

“He’s lit the flame,” she said. “It was awesome. I want to share this message with my family.” 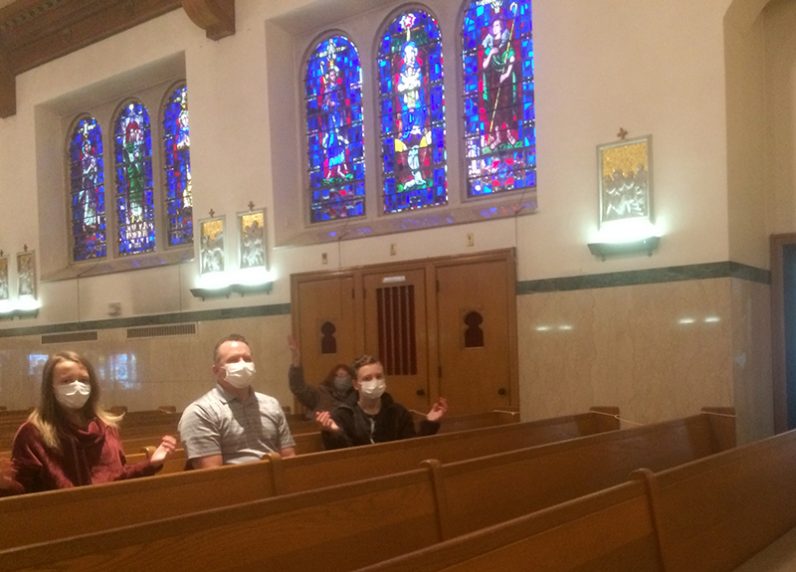