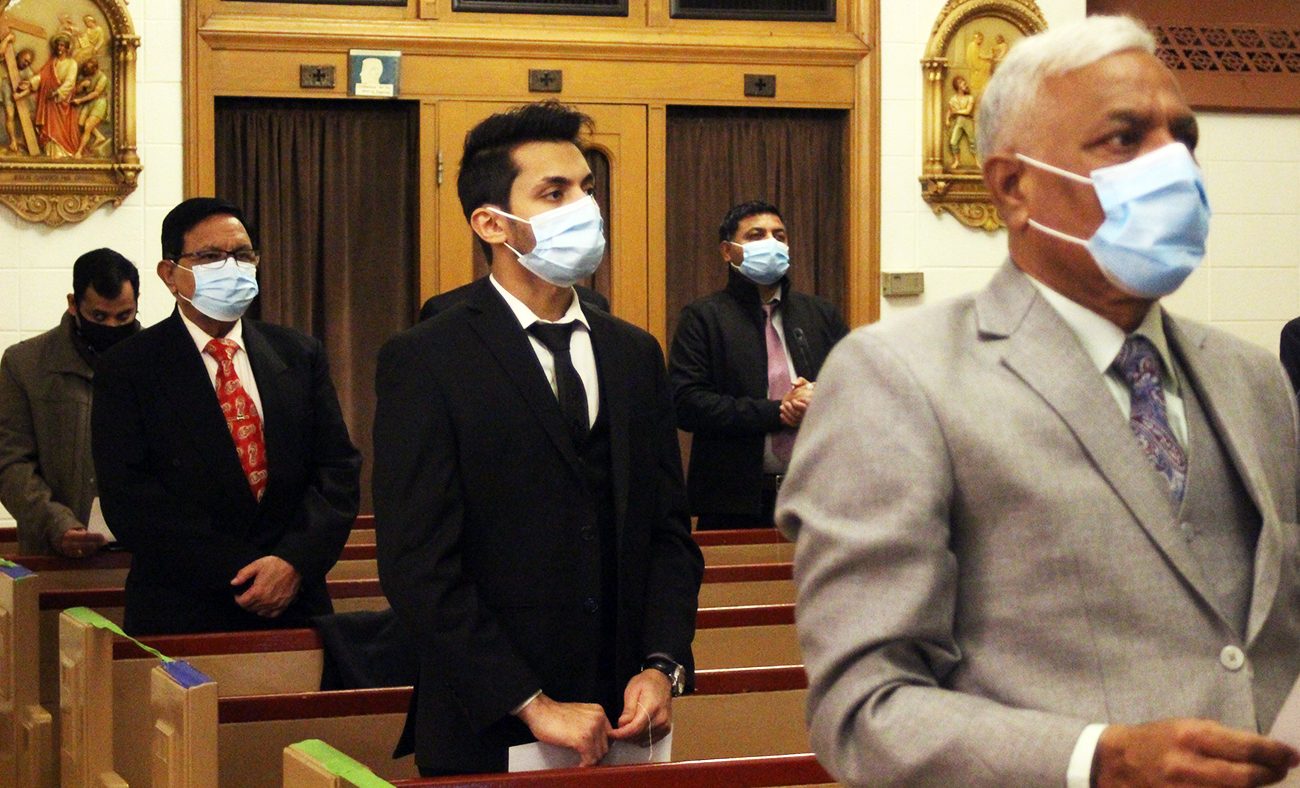 Members of the Philadelphia Pakistani Catholic Community participate in a Feb. 21 induction ceremony for a newly formed Knights of Columbus council at St. William Parish in Northeast Philadelphia. (Gina Christian)

A Catholic fraternal organization and a Northeast Philadelphia parish have teamed up to bring the church into the home, while taking the faith to the world.

More than two dozen men were on hand at St. William Parish for their Feb. 21 induction into the Knights of Columbus. Founded in 1882 by Blessed Michael J. McGivney, the Knights count some two million members in more than 16,000 parish-based councils, of which St. William’s is one of the newest.

Members devote themselves to a wide range of faith-informed charitable works, while offering life insurance and investment products in accord with Catholic social teaching – a blend of spirituality and service that has defined the group from its origins at a working-class New Haven, Connecticut parish.

Amid the COVID pandemic and social unrest, the presence of the Knights at St. William “will create a greater commitment to God, and also to greater community assistance in the parish and to people in need,” he said.

Initiated into the order in 1978, Father Concha has remained a Knight throughout his subsequent pastoral assignments, including several years of active duty as a military chaplain.

Based on his long experience with the order, he views the Knights as an effective way to both increase community engagement and strengthen ties among the diverse cultural groups at St. William, where Mass is celebrated each week in four languages: English, Spanish, Haitian Creole and Urdu, the official language of Pakistan.

The first group of men to become Knights at St. William are from the Pakistani Catholic Community of Philadelphia, which is headquartered at the parish under the chaplaincy of parochial vicar Father Tariq Isaac. 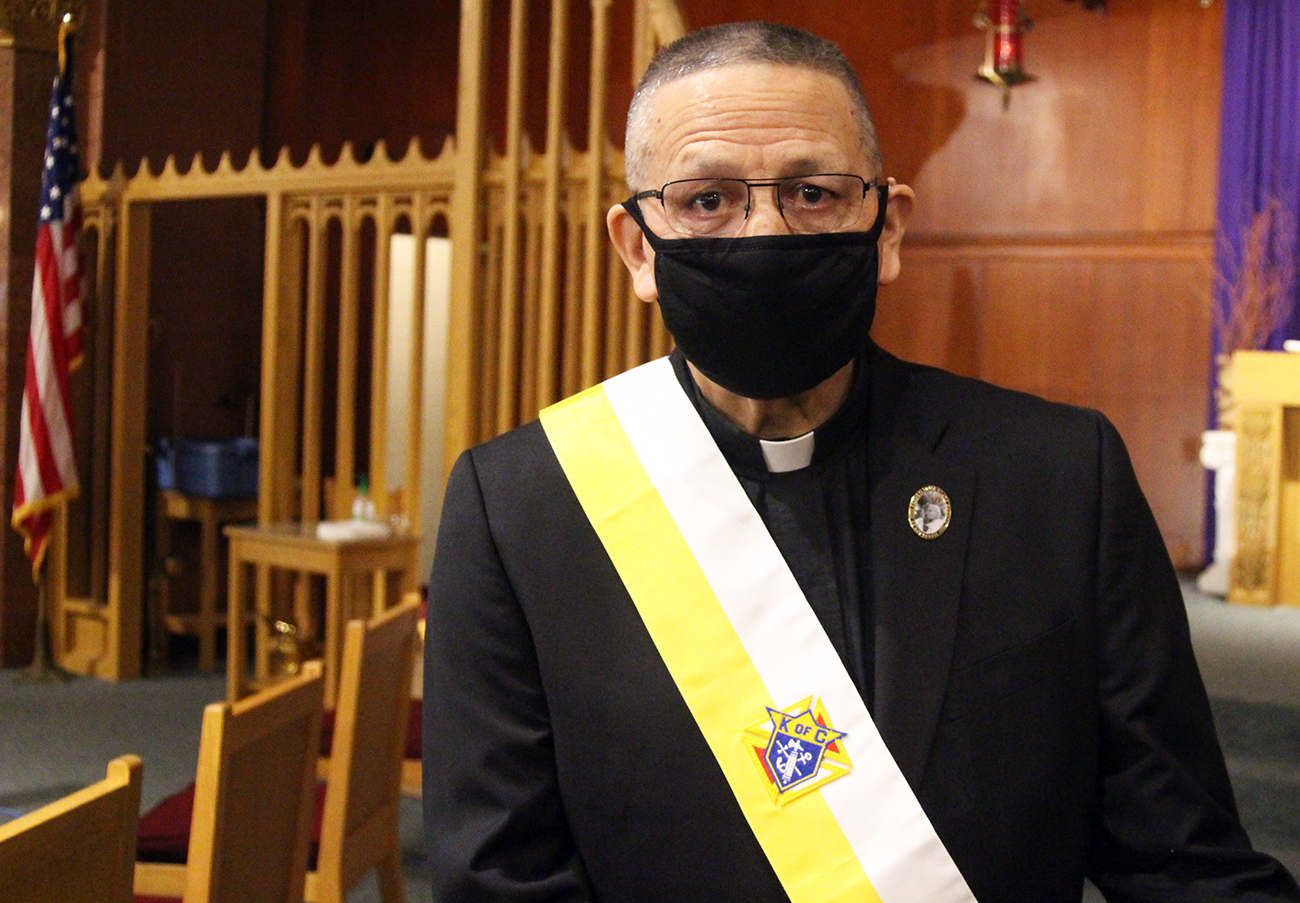 “We are starting with the members of the Pakistani community here, and then we will go to the Spanish community and then the Haitian community,” said Norbert Mendes, a New Jersey-based field agent for the Knights of Columbus. “We have signed up almost 27 so far.”

That enrollment will foster “the domestic church,” which is “what the Knights of Columbus are working towards,” he said.

“A Knight is not only a leader of society; he becomes a good father and a good husband,” said Mendes. “If the church can be built at home, then our families are safe spiritually and also mentally.”

To reach younger generations of men, the Knights have revamped their approach, said Pennsylvania state membership director Michael J. Kish, whose Knights Council No. 7208 is is located at St. Joseph Parish in Downingtown.

The organization’s Faith in Action and Leave No Neighbor Behind initiatives, which emphasize practical opportunities for outreach, “drove younger men into the Knights,” he said.

“Younger people don’t want to sit in a meeting for an hour and a half,” said Kish, adding that his own son, who joined at age 18, found such gatherings tedious.

“But when there were things to do and we needed his help, he (was there) all the time,” he said.

Yet the Knights have also “brought faith more into the forefront of service to make sure that everybody understands they go together,” Kish said.

Regardless of their age, Knights are more needed than ever, said Father Concha.

“They are ready and standing by to serve the needs of people today,” he said, noting that the pandemic, along with other ongoing socioeconomic crises, are “great challenges and opportunities for people to be present to each other.”