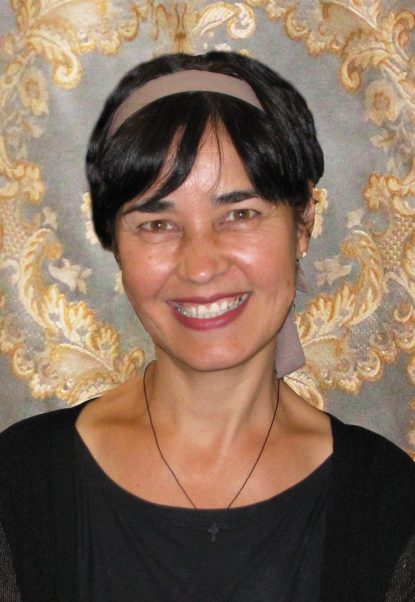 (CNS) — Ursuline Sister Dianna Ortiz was teaching indigenous children as a missionary in Guatemala in 1989 when her ministry was torn apart in the midst of the country’s brutal civil war.

Guatemalan soldiers abducted her from a garden Nov. 2, detaining her for 30 hours. She reported being gang raped and tortured repeatedly until she escaped.

Returning to the United States, Sister Ortiz became a human rights advocate and peacemaker, starting an organization for torture survivors and becoming a visible presence of nonviolence at vigils and marches in the nation’s capital.

Sister Ortiz, 62, died while in hospice care in Washington early Feb. 19 after a return of cancer.

Friends reported that Sister Ortiz had tested positive for the coronavirus in the fall while on a trip to New Mexico. Although she had mild symptoms and was able to return to Washington, she continued to feel ill for weeks afterward. Medical tests Feb. 12 discovered inoperable cancer.

Friends and colleagues recalled Sister Ortiz, who for the last year was deputy director of Pax Christi USA, for having a gentle spirit that guided a steely determination to work for justice and peace for three decades.

“She was a witness to justice and human rights. So much of what she did was pretty quiet,” recalled Marie Dennis, senior adviser to the secretary general of Pax Christi International, who lived with Sister Ortiz in the Assisi Community in Washington since the early 1990s.

But others also recognized Sister Ortiz’s work. She received several honorary degrees and awards, including Pax Christi USA’s Pope Paul VI Teacher of Peace Award in 2000 and the 2003 U.S. Catholic Award for furthering the cause of women in the church.

She wrote an award-winning book, “The Blindfold’s Eyes: My Journey From Torture to Truth,” which recounted her harrowing experience in Guatemala and journey toward advocacy rooted in faith.

People remember Sister Ortiz for being attentive to building “deep, deep” relationships, said Dennis, who credited the Ursuline nun for having the courage and capacity to address injustice on many fronts.

Ursuline Sister Larraine Lauter became friends with Sister Ortiz when they were seniors in high school. They entered the Ursuline Sisters of Mount St. Joseph in Maple Mount, Kentucky, a year apart.

“She was unfailingly good. Dianna walked through the very worst of hell and came out with love,” said Sister Lauter, who was with her friend when she died.

“It’s hard to believe that bad things happen to good nuns, but they do,” Sister Lauter continued. “The only sense I can make out of it is that evil is threatened by the love it cannot bear. Her legacy is for us to be nonviolent. Her legacy is a witness to nonviolence and to love in the face of evil and to redemption. That’s her legacy, to teach us that that’s possible.”

Johnny Zokovitch, executive director of Pax Christi USA, was shaken by the sudden death of his longtime friend and peacemaking partner.

In the years following her ordeal in Guatemala, Sister Ortiz challenged U.S. policy in the Central American county. She petitioned the government for files regarding her case and even conducted a bread-and-water only fast in Lafayette Park across from the White House in 1996.

Later that year, following the fast, other protests and revelations of unauthorized CIA funding of the Guatemalan military, which Congress prohibited in 1990, President Bill Clinton ordered the release of documents related to her case.

Years earlier, in 1990, Sister Ortiz filed a case with the Inter-American Commission of Human Rights, which determined after seven years that the Guatemalan government had violated the American Convention on Human Rights in regard to her abduction.

Sister Ortiz later filed a lawsuit under the Torture Victim Protection Act of 1992 and was awarded a $5 million judgment, which was never paid because the Guatemalan general named in the case claimed he had no money.

Her experience led Sister Ortiz to found the Torture Abolition and Survivors Support Coalition in Washington in 1998. The organization brought together survivors of torture, their family members and other supporters to work toward the end of inhumane treatment of people.

She joined Pax Christi USA as deputy director the first time from 2010 to 2012. She served with the Washington-based Center of Concern on its Education for Justice Project from 2012 to 2018 before returning to Pax Christi USA.

Sister Ortiz was born Sept. 2, 1958, and raised in Grants, New Mexico. She was an Ursuline sister for 43 years.

She is survived by her mother, Amby Ortiz, two sisters and four brothers.