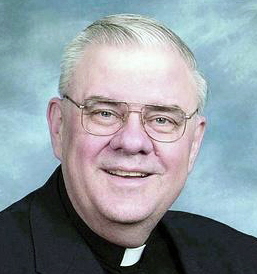 Father Marshall J. Kloda, a retired priest of the Archdiocese of Philadelphia and a resident of Villa St. Joseph in Darby, died March 20 at Delaware Valley Hospital.

Father Kloda was ordained on May 5, 1989 at the Cathedral Basilica of SS. Peter and Paul by Archbishop Anthony J. Bevilacqua.

Father Kloda served as parochial vicar at St. Katherine of Siena Parish and St. Martin of Tours Parish, both in Philadelphia. He also served as chaplain at Nazareth Hospital. He retired from active ministry in 2016.

Reception of the Body will be held at St. Katherine of Siena Church, Philadelphia on Tuesday, March 30 at 9 a.m. followed by a viewing.

The funeral Mass will be celebrated at 10:30 a.m. by Archbishop Nelson J. Pérez. Concelebrants will include Msgr. Paul M. Kennedy and Fathers Robert G. Suskey and Edward E. Brady, who will be the homilist.

Interment will be at Our Lady of Grace Cemetery in Penndel.